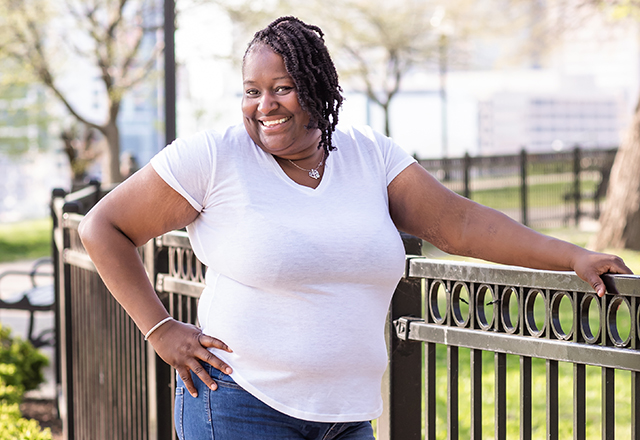 Startish Rivers was helping a male acquaintance run errands after work on a humid Baltimore night. Although she had known him for several years, she wasn’t aware of past accusations of domestic abuse against him. Startish thought they were friends.

But on August 6, 2015, this friend became agitated and angry as they detoured from their expected route and stopped at his mother’s house. After some verbal sparring turned physical, Startish decided she would leave and head home on foot. While walking away, Startish first felt, and then smelled alcohol, which he had poured over her head from behind. It immediately soaked her hair and clothing. She remembered the sensation of heat, but wasn’t aware that she had been set on fire until a good Samaritan told her, sitting with Startish on the sidewalk while they waited for an ambulance to arrive. Her assailant fled.

Startish was rushed to the Johns Hopkins Burn Center, where she would spend the next three weeks recovering from second and third degree burns on her head, neck, shoulders and torso. Though her acute burns slowly began to heal with the help of surgical excision and skin grafting, she was left with pain from nerve damage, and hypertrophic scars which were large and thick. The scarring and pain greatly diminished Startish’s quality of life, so much so that she could barely tolerate clothing against her new skin, or turn her head. “I remember having to turn my entire body if I had to look sideways,” she recalls. “I couldn’t even wear a tee shirt without pain.”

I was skeptical, but figured I would never know unless I tried.

Julie Caffrey, D.O., assistant professor of Plastic and Reconstructive Surgery, was Startish’s surgeon during her inpatient stay and performed her skin graft surgery. She proposed laser treatments to address Startish‘s extreme sensitivity and scars. Lasers have become the standard of care for patients who suffer the kind of painful, raised scars that Startish had, and Dr. Caffrey made the decision to use a CO2 ablative laser that would flatten and soften her patient’s scars and also stimulate the regrowth of collagen.

Dr. Caffrey warned Startish that it would take time to see improvement with laser therapy, especially since she didn’t start until nearly a year after healing from her skin grafts. It wasn’t until her eleventh treatment that the appearance of her scars began to change. By her nineteenth laser treatment, more than two years after after her burn injury, Startish’s scars were completely flattened and she felt her appearance had been restored.

Startish feels she has made a full recovery, an opinion shared by Dr. Caffrey. Though this horrific assault did impact her emotionally, she chose early on to avoid being a recluse—even with her first thought upon discharge from the hospital of, “I’m never going outside again.” Dr. Caffrey shared that Startish wore a backless dress to a wedding recently and said that she has far exceeded her hopes for the scar revision treatment. “Startish is one of my very favorite patients. It is incredibly rewarding to see someone come back to life.” 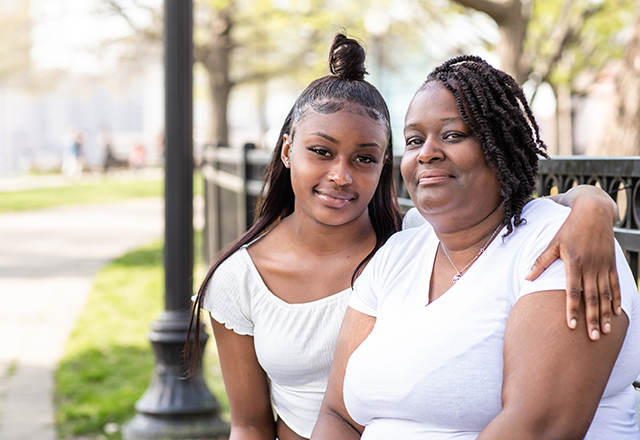 Plastic surgeon and director of the Johns Hopkins Burn Center, Dr. Scott Hultman, answers frequently asked questions about the medical and surgical management of scars, including how lasers (pulsed dye or fractional CO2) are changing the way scars can be treated.

Laser Skin Resurfacing Laser Surgery Overview How to Get Rid of Bags Under Your Eyes Everyday Cuts and Scrapes: How to Prevent Scarring