What are temper tantrums?

Temper tantrums are a way a young child lets out strong emotions before he or she is able to express them in socially acceptable ways. Although a child may seem totally out of control, these fits of rage, stomping, screaming, and throwing himself or herself to the floor are a normal part of childhood development. Temper tantrums often happen only with a parent. They are a way a child communicates his or her feelings. Parents can learn from their child by understanding the situation that caused the temper tantrum to erupt.

Temper tantrums often begin at about 1 year of age and continue until age 2 to 3. They begin to diminish as a child becomes more able to communicate his or her wants and needs. 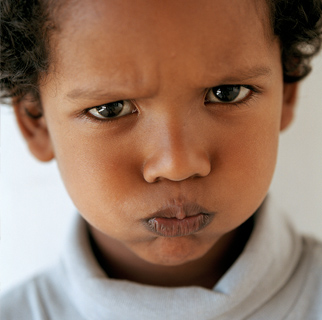 As a young child learns more and becomes more independent, he or she wants to do more than he or she can physically and emotionally manage. This is frustrating to the child and the frustrations are expressed in a variety of ways. Temper tantrums are worse and happen more often when a child is hungry, tired, or sick. Some reasons children have temper tantrums include the following:

How to prevent temper tantrums

Although temper tantrums sometimes happen without warning, parents can often tell when a child is becoming upset. Knowing the situations when your child is more likely to have a tantrum and thinking ahead may help. An example is not letting your child become overtired or hungry. Some suggestions for preventing or minimizing temper tantrums include the following:

How to respond during a temper tantrum

The following are helpful hints regarding the most appropriate ways to respond during your child's temper tantrum:

What else should parents know about temper tantrums?

Temper tantrums generally happen less often as children get older. Children should play and act normally between tantrums. However, talk with your child's healthcare provider if any of the following happen: