Is your child's poop color normal? Check out our guide to find out. 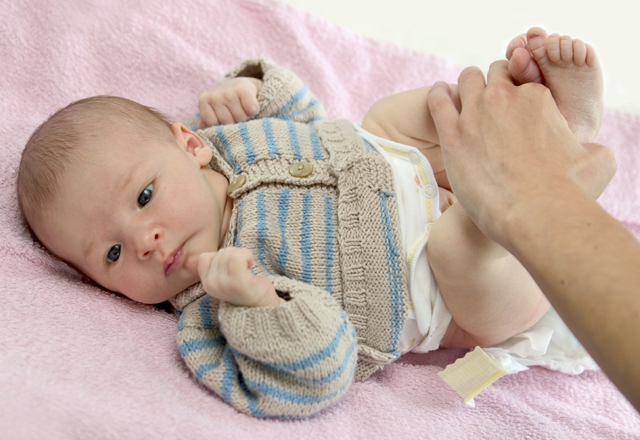 Poop comes in all colors (and all smells and textures) including many shades of brown, green, or yellow. In general, these colors are normal and variations in these colors do not indicate that anything is wrong.

In some instances, poop color can provide important clues as to problems with the gastrointestinal tract or liver.

Breast milk poop is often described as mustardy in color and seedy in texture. This is because the nutrients in breast milk are very well-absorbed by the baby.

Babies on formula and those who have started eating solid foods will produce poop that is usually darker yellow, brown or green in color. Any shade of brown, green or yellow is possible and normal, from light beige to dark green. In some instances, food is not entirely digested, so it can be chunky or have whole pieces in the diaper.

All babies have black poop for the first few days after birth. It is called meconium, and this is completely normal. If black poops continue after the first two to three days, check with your pediatrician.

If you see that your infant has a white, pale yellow or chalky grey stool, you must contact your child’s pediatrician immediately, as this may be a sign of a blockage in the liver. The most common example of this type of blockage is called biliary atresia and timely diagnosis of this condition is important to correcting this problem.

Some babies don’t do well on standard cow’s milk formulas (such as Enfamil® or Similac®). These formulas can cause some irritation at the rectum (the last part of the gastrointestinal tract), causing a little blood staining on the diaper. Though not an emergency, you should take your baby to the pediatrician to discuss whether other formulas would be better tolerated.

Although rare, there are many causes of larger volumes of blood in the diaper. Sometimes, bloody poops are caused by an infection. In this case, your child might appear sick and develop fever, vomiting or changes in behavior. Some other causes of bleeding include allergies, blood vessel malformations and polyps (warty growths) that have fallen off. It is difficult for a parent to figure out how significant the bleeding is, so you should take your baby to the doctor right away if you see bloody poop.

While all babies have black tarry poop in the first few days of life, after your baby’s bowel movements transition to a breast milk or formula poop, you should never see black poop again! Although some foods, medications and iron supplementation can make poop black, if you see black tarry poop after the baby has transitioned to yellow, green or brown poops, it may suggest a serious gastrointestinal bleed and you need to have it checked right away by your baby’s pediatrician.

Stool Color Card
You can download a copy of a stool color guide to educate new parents about colors associated with infant liver disease such as biliary atresia. The guides are available in English or Spanish .