Peyronie’s disease is a connective tissue disorder of the penis that can be likened to Dupuytren’s contracture of the hand. It is characterized by the triad of bent erections, pain in the penis with erections and palpable penile plaque. Peyronie’s disease is quite common, affecting as many as one in 11 men, despite the lack of public awareness. The penis is composed of the same connective tissue as every other joint in the body. The anatomy of the penis is composed of three cylinders: the paired erectile bodies and the urethra. The erectile bodies (corpora cavernosa) are made up of sinusoidal tissue that fills up with blood during an erection and an outer covering (tunica albuginea) composed of tough fibroelastic tissue. The outer covering determines the size and shape of the erection. 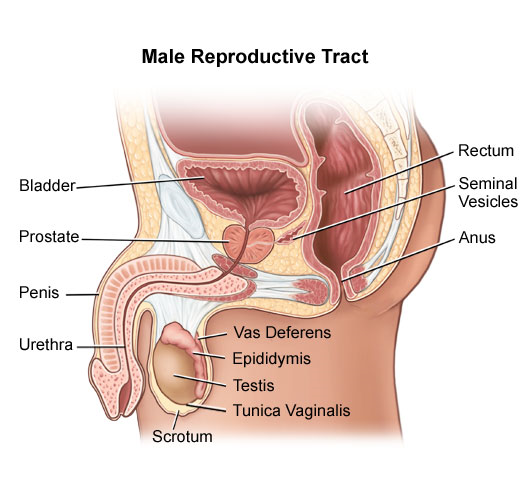 The principal finding in men with Peyronie’s disease is the deposition of scar tissue in the tunica albuginea. All of the clinical symptoms are derived from this event. The curvature of the penis is due to the fact that scar tissue does not stretch as well as normal tissue. The normal tunica albuginea is composed of elastin fibers and collagen. The site of scar tissue from Peyronie’s disease is composed mostly of collagen that can harden to the thickness of bone.

Although most men with Peyronie’s disease report that their penis is bent upwards, a variety of other abnormalities are frequently observed, including bends in other directions, complex bends, divots in the side of the penis and hourglass deformities. The palpable plaque is the actual scar tissue that has been deposited on the outer covering of the erectile bodies. This is present in the vast majority — but not all — patients with Peyronie’s disease. The plaque may become calcified, like bone, with severe disease. Finally, the pain experienced with erections is thought to be due to active inflammation in the plaque and usually disappears on its own with time (usually by 12 months).

Erectile function may be adversely affected by Peyronie’s disease. It is unclear whether erectile dysfunction causes Peyronie’s disease or vice versa. It is probably a little bit of both. While most patients with Peyronie’s disease report normal penile rigidity during erections, some have trouble maintaining erections due to leaky veins in the penis (a process called veno-occlussive disease of the penis). The disease process of Peyronie’s disease does not normally affect the sinusoidal tissue within the erectile bodies, but it can affect the veins exiting the erectile bodies and prevent their proper closure. The main sexual complaint despite the physical deformity is the bend itself, preventing vaginal intromission or causing pain to the partner.

The exact etiology of Peyronie’s disease is unknown. There is evidence that it may have a genetic basis. A positive family history is common but not typical. There is an association with other connective tissue disorders, specifically Dupuytren’s contracture, affecting the palms of the hands. The most popular theory today is that Peyronie's disease is induced by trauma. The trauma may be acute and distinct such as a penile fracture, but more often it is chronic and low grade, such as repeated attempts at sexual intercourse with weak or incomplete erections.

The management of Peyronie’s disease is dependent upon the extent of stabilization of the disease state, the severity of the penile defect and erectile function. Medical therapy has been ineffective. With the exception of anti-inflammatory agents, medical therapy is no longer recommended by the American Urological Association.

Surgical therapy is employed when there is a significant penile defect preventing sexual relations. Patients with concomitant erectile dysfunction should undergo therapy for the erectile dysfunction first. Patients with bent erections who have been stable for more than six months and prevent sex undergo penile-straightening surgery. This an outpatient procedure with a recovery time of less than one week. The exact method of straightening the penis is determined by the site and severity of the curvature as well as the penile anatomy assessed by penile ultrasonography.

The potential complications of penile-straightening surgery are palpable suture knots, penile shortening (approximately 1 centimeter for every 15 degrees correction), numbness of the penis, residual curvature and worsening erectile dysfunction. With the exception of penile shortening (which is not perceptible in most men), they are all rare. As an alternative to surgery for men with normal erectile function, some men are undergoing penile traction therapy in the active and chronic phases. However, traction therapy requires a time commitment of AT LEAST three hours a day and is still investigational. For patients with significant deformity (greater than 90 degree curvature) and erection loss not responsive to medical therapy, penile prosthesis surgery is standardly recommended. This indication falls under various categories by which penile prosthesis surgery is indicated and can be offered with great success.