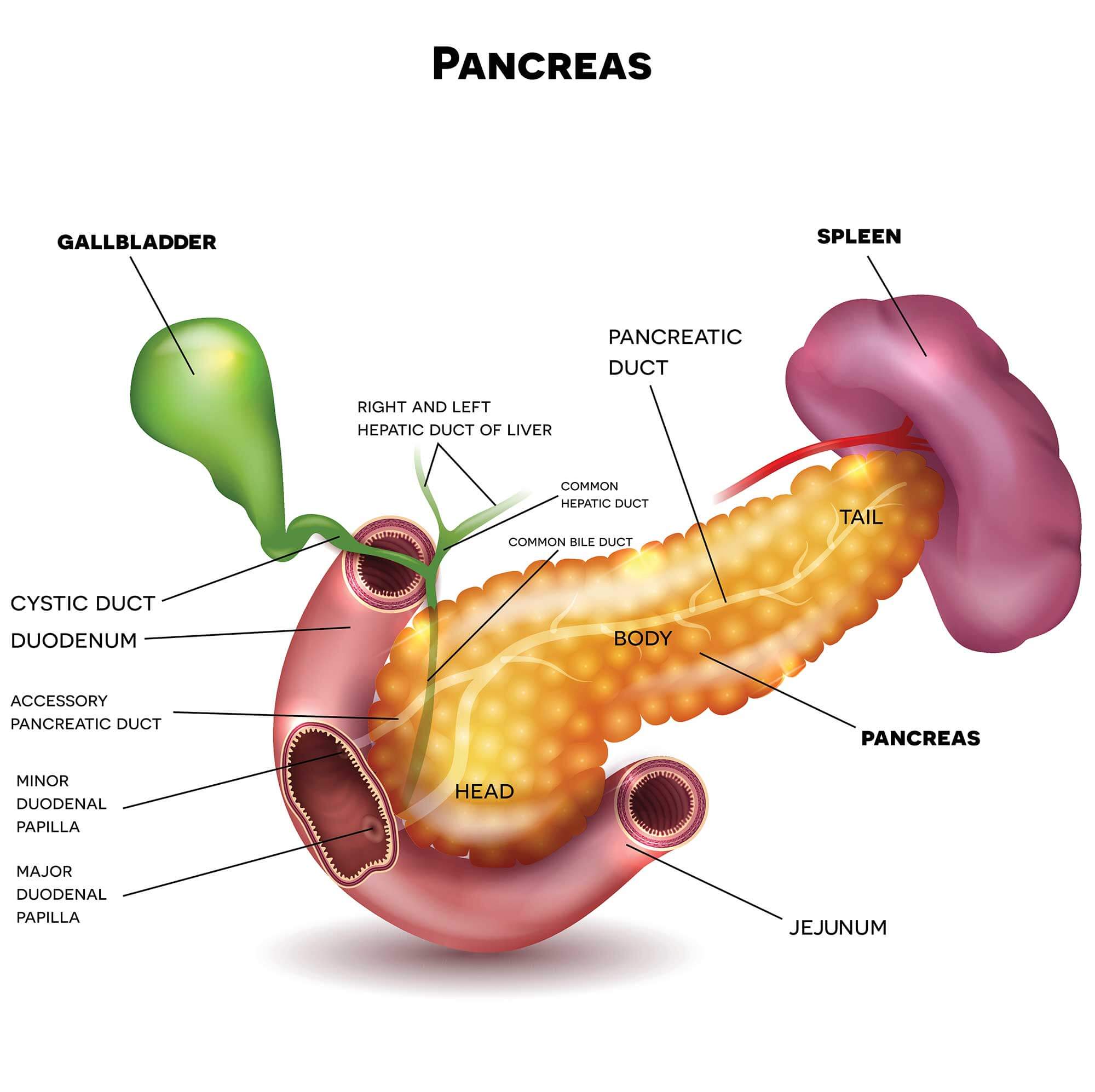 Exocrine pancreatic cancer develops from exocrine cells, which make up the exocrine gland and ducts of the pancreas. The exocrine gland secretes enzymes that help break down carbohydrates, fats, proteins and acids in the duodenum.

The various types of exocrine pancreatic cancers make up more than 95 percent of all cancers of the pancreas. They include the following:

It’s also possible for adenocarcinoma to develop from the cells that create pancreatic enzymes. When this occurs, it is called acinar cell carcinoma, which accounts for 1 percent to 2 percent of exocrine cancers. Acinar cell carcinoma symptoms  are similar to the symptoms of adenocarcinoma, which include abdominal pain, nausea and weight loss. However, jaundice is not as common. Due to an increase in enzymes, some patients may have skin rashes and joint pain.

This extremely rare nonendocrine cancer of the pancreas forms in the pancreatic ducts, and is made purely of squamous cells, which are not typically seen in the pancreas. There have not been enough reported cases of this disease for its origins to be fully understood. Studies have reported that it has a very bad prognosis due to most cases being discovered after metastasis.

Another rare type, colloid carcinomas account for 1 percent to 3 percent of exocrine pancreatic cancers. These tumors tend to develop from a type of benign cyst called an intraductal papillary mucinous neoplasm (IPMN). Because the pancreatic colloid tumor consists of malignant cells that float in a gelatinous substance called mucin, it is  not as likely to spread and is easier to treat than other pancreatic cancers. It also has a much better prognosis.

Pancreatic neuroendocrine tumors (NETs) develop from cells in the endocrine gland  of the pancreas, which secretes the hormones insulin and glucagon into the bloodstream to regulate blood sugar. Also known as endocrine or islet cell tumors, neuroendocrine cancers are rare, making up less than 5 percent of all pancreatic cancer cases.

Cysts and other benign tumors can form in the pancreas, and some can be precursors to pancreatic cancer, including intraductal papillary-mucinous neoplasms (IPMNs). Often, IPMNs and other benign lesions are found when a patient is being scanned for an unrelated medical reason.

Depending on the location and type of the growth, your doctor may want to either surgically remove the lesion or continue monitoring it to ensure that it does not become malignant.

More Information About Pancreatic Cancer in the Health Library