What is an LM?

Lymphatic malformation (LM) is a relatively uncommon vascular malformation that can occur anywhere on the body. It is most commonly on the head and neck.

The lymphatic system is part of the immune system that protects the body from infection. When we get sick, our immune system fights germs in our bodies to make us healthy again. Just as blood is carried in arteries and veins, lymph travels in our bodies in lymph vessels. The white blood cells in lymph help to fight infection and disease. Lymph vessels are tubes in the body that carry lymph from small bean-shaped glands called lymph nodes to the blood stream. Lymph nodes are found throughout the body and help to filter lymph to remove viruses and bacteria. An LM occurs when lymph vessels form abnormally.

An LM can be at the skin surface, with small bumps filled with clear or blue-purple liquid, or occur as a swelling deep under the skin. They can sometimes ooze, become infected, bleed and swell. Some LMs are deep inside the body and are found when X-rays or imaging are done for other reasons, or for symptoms such as swelling veins.

LM can be made up of macrocysts — large pockets containing lymph — or microcysts, which are very small pockets of lymph. Many LMs have both macrocysts and microcysts.

Infection is the most common complication of LM. Bleeding inside the LM can also occur. Both infection and bleeding can cause LMs to swell and enlarge. If the LM is on an arm or leg, this swelling could make that limb hard to use.

LMs are formed during a baby’s development before birth, but not all LMs are diagnosed at birth. For many people, LMs are first found on imaging studies after an accident or trauma or as a child grows into an adult (during puberty) or during pregnancy. 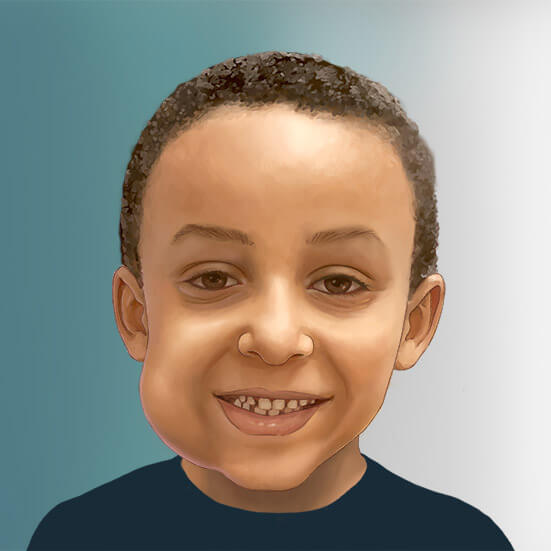 How are LMs diagnosed?

Most LMs can be diagnosed by a doctor who has seen and treated malformations before. They will likely be able to diagnose a patient based on a physical exam and asking about the patient’s growth and development.

Most LMs are not passed from parent to child. Nothing that a mother does during pregnancy can cause or prevent these malformations.

If your doctor is concerned that you may have an LM, it is common to order an MRI, which is a scan or picture of the inside of the body. This will help to show the size and location of the LM. Also, an MRI will help doctors see what other important anatomy is near the LM. Anatomy that is close by could be affected by treatment.

An ultrasound is another useful test to diagnose and monitor the LM. It is a good method for young children because it can be done while a child is awake. However, an ultrasound is not as detailed as MRI, and does not provide as much information about nearby anatomy. Occasionally, a CT scan is used to see whether the LM is affecting a bone. A CT scan is like an MRI, except it uses X-rays instead of magnets.

How are LMs treated?

Most LMs grow as the patient grows. LMs can also grow after trauma, during puberty or during pregnancy. Although some LMs can be cured, many cannot be cured with treatment. These patients will need to be treated at different times throughout their life.

Treatment is typically designed to manage the LM to decrease the size and symptoms. Treatment can reduce problems caused by marks left on the skin. A team of doctors who specialize in treating vascular birthmarks will work together to treat an LM.

An interventional radiologist is a doctor who can read pictures and scans of the body and use these images to treat the LM without cutting the skin. This doctor will play a central role in both diagnosing and treating an LM. Other doctors on the team can include surgeons, hematologists, dermatologists and geneticists.

LMs are benign, which means they are not cancer. If an LM is not causing problems such as pain or loss of function, watchful waiting may be best. However, LMs can slowly expand over time. Once an LM starts causing problems, doctors will start treatment. If an LM is in a sensitive or dangerous area, or if it becomes infected often, doctors may need to treat it right away.

If you are concerned that you or your child may have an LM, you should see a specialist early. Treatment is individualized for each patient. Your doctors will partner with you to make sure you are getting the right treatment at the right time.

Many doctors are working on new treatments for LM. A medicine called sirolimus (rapamycin) has worked for some patients. For most vascular anomalies, a combination of treatment methods is best. Your doctor will help you decide where to start. Sirolimus is taken by mouth as pills or as a liquid.

Sirolimus can be compounded at a special pharmacy into an ointment or cream to be applied to the affected skin. Other medicines are being tested to better treat LM. Your doctor will help determine whether these medicines would be safe and helpful for you, considering the location and size of the LM and any symptoms it is causing.

Sclerotherapy may take several treatments to get the most benefit. Treatments are usually at least six weeks apart. During a sclerotherapy treatment, a doctor will use ultrasound to target the LM, and X-ray imaging to help guide and monitor the treatment. The skin is not cut during these procedures. Only needles are used to deliver the medicine directly into the malformation.

A variety of medicines could be used for sclerotherapy. The fluid that is injected is called a sclerosant. Although many different types of sclerosants can be used, doxycycline (an antibiotic) is used commonly as a sclerosant when treating LM. Your doctor will advise you about which sclerosant is best for your LM.

Your doctor will prepare you for what happens normally after the procedure and for potential problems. For comfort, most patients are put to sleep under general anesthesia during sclerotherapy. Some patients get to go home the day of the procedure. Some stay overnight in the hospital to recover.

Following treatment, there can be swelling, skin irritation, bruising and pain at the treatment site. The most common complication of sclerotherapy is ulceration. This means that a sore or wound, called an ulcer, develops on the skin over the LM. Ulceration happens in less than 5 percent of cases. Your doctor will help you manage an ulcer until it heals.

Though sclerotherapy makes the LM get smaller, LMs can get bigger again over time. Most LMs cannot be cured; instead, they are managed throughout life. Many patients get multiple rounds of treatment throughout their lifetime. The goal is to make symptoms go away as much as possible.

Radiofrequency ablation is a treatment sometimes used for LMs inside the mouth. It is usually performed by an interventional radiologist or a special surgeon called an otolaryngologist (a doctor who specializes in disorders of the ear, nose and throat).

Other therapies, such as cryoablation (freezing therapy), are currently being studied to see whether they are useful for treating lymphatic malformation.

Some patients may get surgery after sclerotherapy. Surgery can remove a mass, extra skin or a visible mark left by the LM. If an LM is not a good candidate for sclerotherapy — usually if the cysts are too small (microcysts) — surgery may be the first treatment offered.

However, the LM will often return after surgery. It is very difficult to entirely remove an LM with surgery. Surgery should be done by a surgeon with experience in treating these complicated malformations.

Our Approach to Treating Vascular Anomalies

Johns Hopkins Medicine has developed a multidisciplinary Vascular Anomalies Center in order to offer patients individualized treatment. As a leader in diagnosing, researching and treating vascular anomalies and vascular tumors, our team of specialists provide comprehensive treatment and care.

At Another Johns Hopkins member Hospital: