What You Need to Know About Lyme Disease 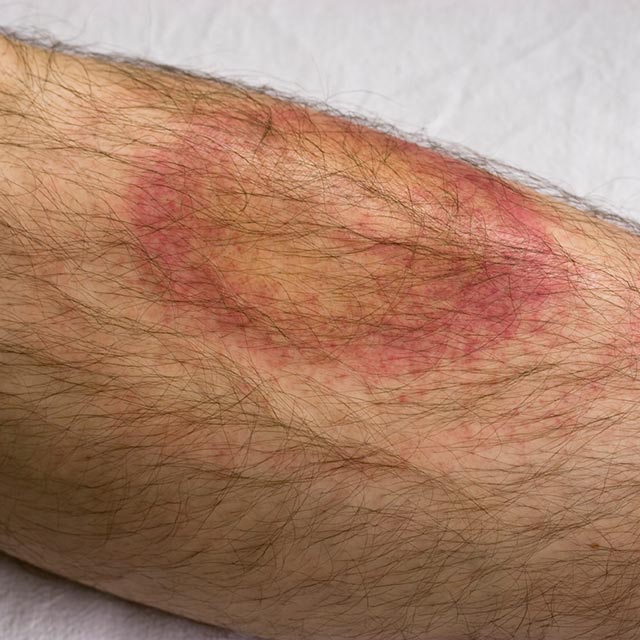 What is Lyme disease?

Lyme disease is an infection caused by the bacteria Borrelia burgdorferi. This spiral shaped bacterium is most commonly spread by a tick bite. The disease takes its name from Lyme, Connecticut. This is where the illness was first identified in the United States in 1975.

Although Lyme disease is a year-round problem, April through October is considered tick season. Cases of Lyme disease have been reported in nearly all states in the U.S. and in large areas in Europe and Asia, but the most common areas are the Northeast, upper Midwest and northwestern states.

Lyme disease is caused by bacteria that is spread to humans by tick bites. The ticks that carry the spirochete are:

Ticks prefer to live in wooded areas, low-growing grasslands, and yards. Not all ticks carry the Lyme disease bacteria. Depending on the location, anywhere from less than 1% to more than 50% of the ticks are infected with it.

While most tick bites are harmless, several species can cause life-threatening diseases. Tick-borne diseases include:

Who is at risk for Lyme disease?

Factors that can increase your risk for getting Lyme disease include:

What are the symptoms of Lyme disease?

The list of possible symptoms is long, and symptoms can affect every part of the body. The following are the most common symptoms of Lyme disease. But symptoms are slightly different for each person.

The primary symptom is a red rash that:

Several days or weeks after a bite from an infected tick, you may have flu-like symptoms such as the following:

Weeks to months after the bite, the following symptoms may develop:

Months to a few years after a bite, the following symptoms may include:

How is Lyme disease diagnosed?

Lyme disease is difficult to diagnose because symptoms are not consistent and may mimic other conditions. The primary symptom is a rash, but it may not be present in up to 20% of cases.

Diagnosis for Lyme disease must be made by a healthcare provider experienced in recognizing Lyme disease. Diagnosis is usually based on symptoms and a history of a tick bite. Testing is generally done to confirm the diagnosis and rule out other conditions. This may need blood and other lab tests.

Research is underway to develop and improve methods for diagnosing Lyme disease.

The symptoms of Lyme disease may look like other medical conditions or problems. Always talk with your healthcare provider for a diagnosis.

How is Lyme disease treated?

Your healthcare provider will figure out the best treatment for you based on:

Lyme disease in the earliest stage is usually treated with antibiotics for 2 to 3 weeks.

Treatment will also be considered based on these and other factors:

What are the complications of Lyme disease?

Some of these complications result in chronic, debilitating conditions.

Can Lyme disease be prevented?

People aren't able to become immune to Lyme disease. So even if you've had Lyme disease, you can get it again. No vaccine is available currently to prevent the disease.

The FDA approved a Lyme vaccine called LYMErix in 1998. The vaccine was not 100% effective, however. The FDA still recommended preventing the disease in other ways. In 2002, the company that made LYMErix said it would no longer offer the vaccine.

Look for ticks often on:

Visually check all other areas of the body, and run fingers gently over skin.

Consider using repellents. Remember to use all repellents safely.

These other methods may also help:

What should you do if you find a tick?

When should I call my healthcare provider?

If your symptoms get worse or you have new symptoms, let your healthcare provider know.

Lyme Disease: 3 Things You Should Know

Ticks can carry a number of diseases, and often, they can be transferred to a human host. One of the more common conditions, Lyme disease, affects thousands of Americans and numerous others worldwide annually.