Anatomy and Function of the Heart's Electrical System

In the simplest terms, the heart is a pump made up of muscle tissue. Like all muscle, the heart needs a source of energy and oxygen to function. The heart's pumping action is regulated by an electrical conduction system that coordinates the contraction of the various chambers of the heart. 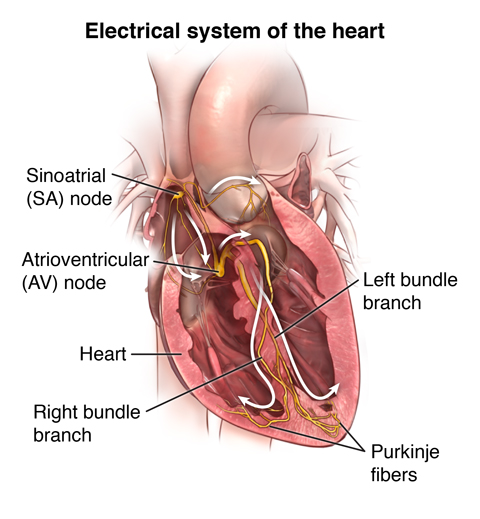 How does the heart beat?

Normally at rest, as the electrical impulse moves through the heart, the heart contracts about 60 to 100 times a minute, depending on a person's age.

Stay on Top of Your Heart Health

If you have a new or existing heart problem, it's vital to see a doctor. Our heart health checklist can help you determine when to seek care.

Get your heart checked