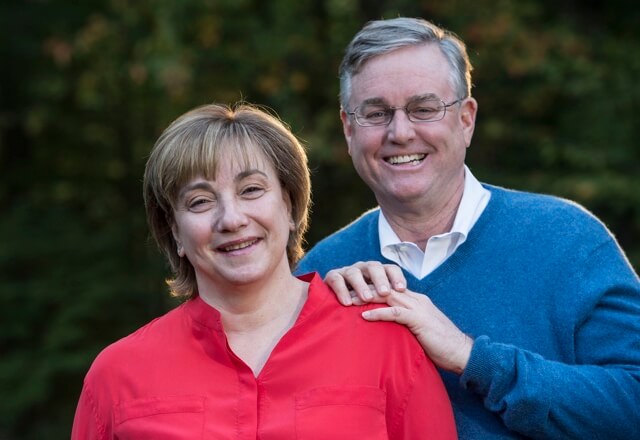 Bethesda, Maryland-based Suburban Hospital is the beneficiary of a generous $2.5 million gift from the David and June Trone Family Foundation, representing one of the largest philanthropic gifts the hospital has ever received.

The Trones’ donation will be used to support mental and behavioral health services, including addiction treatment and renovations to the crisis outpatient and inpatient units, and to help fund the transformation of Suburban Hospital’s campus.

The Trones’ interest in Suburban Hospital’s mental and behavioral health program is motivated, in part, by a tragedy in their extended family. David Trone said, “We are deeply moved by Suburban Hospital’s commitment to expand the treatment available for individuals caught in the web of drug addiction. The rhetoric about needing to deal with addiction as a medical issue means nothing in the absence of concrete action. We are proud to be part of making this a reality for our community.”

Trone continued, “The transformation of the Suburban Hospital campus will mean better access to high-quality health care for people in this area, and we appreciate the opportunity to participate in this extraordinary project.”

The campus transformation project includes a 300,000-square-foot clinical addition to the hospital, as well as renovations to the existing facility. New advanced operating room suites will accommodate innovations in surgical care technology such as MRI and robotics. Also, a greater number of private patient rooms will be added, all designed to provide improved patient comfort, enhanced infection control and improved operational efficiency.

The David and June Trone Family Foundation was established in 2011 to make a difference in the lives of others, with particular emphasis on education, health care and social justice.

“Impactful gifts such as this one will help keep Suburban Hospital at the forefront of modern and compassionate health care delivery,” said  Jacky Schultz, Suburban Hospital’s president. “The Trones’ gift represents a significant investment in one of our community’s key medical assets. June and David Trone’s game-changing assistance makes it possible for us to enhance our response to the surge in opioid addiction and expand access to mental health services, an aspect of addiction treatment that has been sorely underfunded. Many of those suffering will now have improved access to care as a result of the Trones’ extraordinarily generous gift.”

This is not the Trones’ first gift to Johns Hopkins Medicine. The David and June Trone Family Foundation has donated $700,000 to Baltimore-based Johns Hopkins Medicine to help fund the VLDL (Very Large Database of Lipids) project there. The VLDL Project is an ongoing effort to leverage data from different sources for independent use by academic investigators. This research will create a better understanding of the role of lipids in human disease, helping to improve clinical approaches to the treatment of lipids-related diseases.

David Trone said, “Advances in basic research are critical to improving health care.  The groundbreaking research of Dr. Steven Jones and his colleagues at Johns Hopkins and around the world holds the potential to revolutionize treatment for millions of people suffering from lipids-related diseases. At a time when government is retreating from its support for basic research, we feel a special obligation to accept the responsibility to help in this vital area.”

David Trone is founder and owner of Total Wine & More (Total Wine), the nation’s largest private retailer of wine and other alcohol products. With over $2.5 billion in annual sales, Total Wine has 172 stores in 22 states, with over 5,000 employees, including 500 at its Bethesda headquarters.

The Trones and their business have been long-time supporters of humanitarian causes. In 2016, Total Wine donated more than $6 million to over 6,000 local charities in 20 states, which in turn helped these organizations raise more than $40 million to support their programs. The American Civil Liberties Union established the Trone Center for Criminal Justice Reform in recognition of David and June’s longtime support.

Born in Cheverly, Maryland, David Trone grew up on a farm near the Maryland-Pennsylvania border. Trone and his brothers carried much of the load, selling eggs, cleaning hog pens and chicken houses, and doing all the hard work farming requires.

Locally, David is a member of the boards of American University, Bullis School, the Baltimore Symphony Orchestra and the Montgomery County Chamber of Commerce.