Jacky Schultz, President of Suburban Hospital, Named by Washingtonian Magazine as one of D.C.’s Most Powerful Women - 10/09/2017

Jacky Schultz, President of Suburban Hospital, Named by Washingtonian Magazine as one of D.C.’s Most Powerful Women 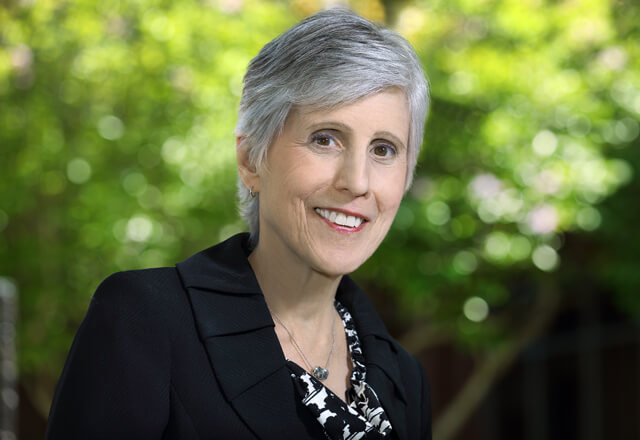 Suburban Hospital President Jacky Schultz has been selected as one of the most powerful women by Washingtonian Magazine (October 2017) in its annual ranking of the District of Columbia and surrounding areas most influential and successful women.

She joins other high-profile women in the Washingtonian Magazine list such as D.C. Mayor Muriel Bowser, Ivanka Trump, chair of the Board of Governors of the Federal Reserve System Janet Yellen, U.S. Senator Susan Collins (R-Maine) and a host of other prominent women.

“This was an unexpected honor,” says Schultz. “I am truly flattered to be in the company of so many successful women who have made and are making such positive contributions in business, politics, education, health care and many other fields. I think it’s a powerful indicator of just how far we have come in this nation.”

Jacky Schultz, R.N., M.S.N., CNAA, joined Suburban Hospital in September 2005 and served as executive vice president and chief operating officer (COO). She came to Suburban from the Saint Barnabas Healthcare System in New Jersey, where she was a nurse executive. She has a broad range of clinical expertise achieved during more than 30 years of health care experience that includes an impressive record of progressive growth in nursing leadership. She served as vice president of patient care services for Irvington General Hospital from 2003 to 2005, and prior to that was administrative director of patient care services at Monmouth Medical Center for four years. Before t being named executive vice president and COO at Suburban, she served as senior vice president of clinical operations and chief nursing officer until being appointed as Suburban Hospital president last year.

She received her B.S.N. degree from Cornell University and her M.S.N. degree from Seton Hall University. Earlier this year, Jacky was recognized by the Montgomery Women Organization, when it bestowed upon her their Shining Star for her outstanding leadership and her unwavering support of advancing women.