SEATTLE (April 25, 2017) – The Bill & Melinda Gates Foundation intends to establish a non-profit medical research institute that will combat diseases that disproportionately impact the poor in low- and middle-income countries by accelerating progress in translational science – the process that translates promising scientific discoveries into potential medical products. 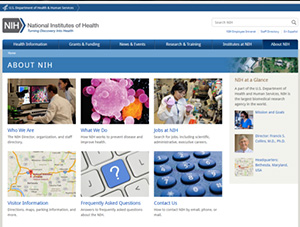 The National Institutes of Health is made up of 27 different components called Institutes and Centers. Each has its own specific research agenda, often focusing on particular diseases or body systems. All but three of these components receive their funding directly from Congress, and administrate their own budgets. NIH leadership plays an active role in shaping the agency’s research planning, activities, and outlook. 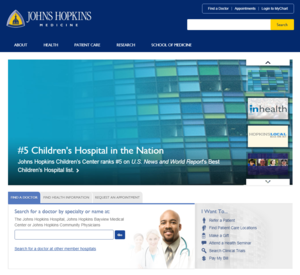 Johns Hopkins Medicine's vision is supported by its mission to improve the health of the community and the world by setting the standard of excellence in medical education, research and clinical care. Diverse and inclusive, Johns Hopkins Medicine educates medical students, scientists, health care professionals and the public; conducts biomedical research; and provides patient-centered medicine to prevent, diagnose and treat human illness. 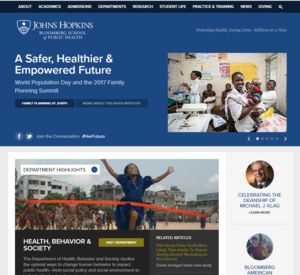 Since its founding in 1916, the Bloomberg School has advanced research, education and practice to create solutions to public health problems around the world.

Faculty, staff and students have helped eradicate smallpox, made water safe to drink, improved child survival, reduced the spread of HIV and uncovered the dangers of tobacco smoke.

Researchers and scientists are now discovering ways to eliminate malaria, increase healthy behavior, reduce the toll of chronic disease, improve the health of mothers and infants, and change the biology of aging. 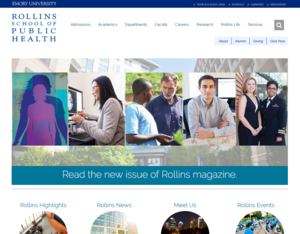 The mission of the Rollins School of Public Health of Emory University is to demonstrate excellence in the discovery, dissemination, and application of knowledge as it trains and supports future leaders in health promotion and disease prevention through organized community efforts around the world. 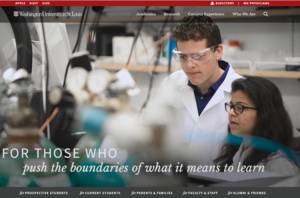 We are a community where you can be an individual and achieve exceptional things. We are committed to learning and exploration, to discovery and impact.

Washington University is a place where you can push the boundaries of what it means to learn. We are enriched by wide-ranging exploration and inspired by big ideas as we create new knowledge for an ever-changing world. 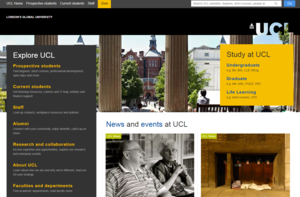 UCL is one of the world’s leading universities, founded in London to open up education to all on equal terms. Today our outstanding research and innovative teaching drive entrepreneurial solutions to the world’s major problems. 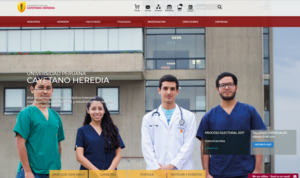 Founded on principles of excellence, equality and opportunity for all, the University of York opened in 1963 with just 230 students. Since then we have become one of the world’s leading universities, carving out a reputation as an academic powerhouse where a clear focus on excellence has secured national and international recognition alongside longer established institutions. 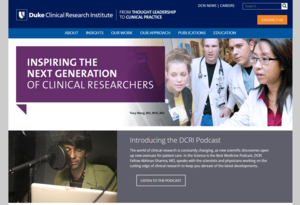 Our faculty include scientists, statisticians, and practicing physicians who see patients each day. Together with our experienced and knowledgeable operations teams, they design and implement innovative clinical trials grounded in the realities of patient care. We expand the impact of clinical research beyond regulatory approval by designing trials that advance our fundamental understanding of health and disease and inform efforts to improve the quality of care. 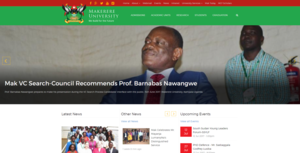 Established in 1922 as a humble technical school, Makerere University is one of the oldest and most prestigious Universities in Africa. In January of that year, the school, which was later renamed Uganda Technical College, opened its doors to 14 day students who began studying Carpentry, Building and Mechanics.

The College soon began offering various other courses in Medical Care, Agriculture , Veterinary Sciences and Teacher Training. It expanded over the years to become a Center for Higher Education in East Africa in 1935. In 1937, the College started developing into an institution of higher education, offering post-school certificate courses.

Tribhuvan University (TU), which was established in 1959, is the first national institution of higher education in Nepal. The Central Administrative Office and the Central Campus of the university are located on the north eastern facade of Kirtipur, an ancient and small town located five kilometers away from Kathmandu city centre. There are 39 central departments and 4 research centres in TU, and out of them 31 departments and 3 research centres are located at Kirtipur. The university at Kirtipur is spread over an area of 154.77 hectares (3042-5-2 ropanis). 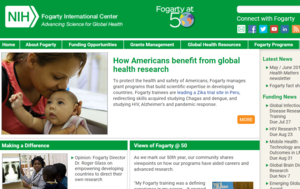 The Fogarty International Center is dedicated to advancing the mission of the National Institutes of Health by supporting and facilitating global health research conducted by U.S. and international investigators, building partnerships between health research institutions in the U.S. and abroad, and training the next generation of scientists to address global health needs. 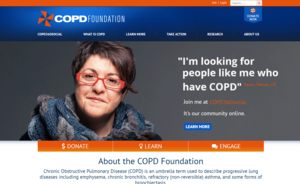 The COPD Foundation’s mission is to prevent and cure Chronic Obstructive Pulmonary Disease and to improve the lives of all people affected by COPD.