The Johns Hopkins Medicine Brain Science Institute's mission is to solve fundamental questions about brain development, function and disease and to translate this knowledge into effective therapies to support brain health and healing.

Launched in 2007, the Brain Science Institute (BSi) unified the tremendous thought leadership and talent across the Johns Hopkins community in the brain sciences and related disciplines.

Members of the BSi committed to supporting the mission through the following strategic initiatives:

To date, over 50 schools, departments, divisions, centers and institutes participate in this multidisciplinary umbrella organization, the largest and most diverse group in the university. 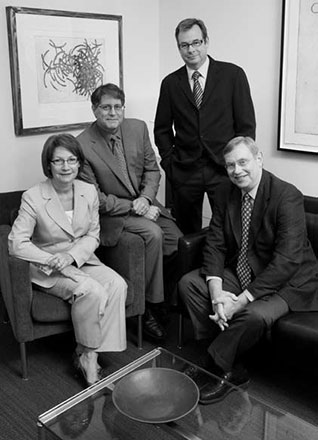 This vision came to life through the leadership and perseverance of the late John Griffin, M.D., founding director of the BSi and University Distinguished Professor of Neurology, along with co-directors Jeffrey D. Rothstein, M.D., Ph.D., and Rick Huganir Ph.D., Executive Director Janice Clements, Ph.D., and the extraordinary generosity of the Pedersen family.

The Pedersen family shared a fundamental belief that the study of neuroscience and its implications for health, well-being and learning could be revolutionary. Built upon a Johns Hopkins tradition of excellence in neuroscience and collaborative research as well as an unprecedented gift from the Pedersens, the BSi launched with a commitment to translating basic science into practice that would impact the lives of many.

BSi seeded collaborative research in each of these areas and has been awarded grants across almost two dozen: neurogenetics, new approaches to perception and cognition, regeneration and repair in the nervous system, research in schizophrenia, and the signature neurotranslational program. In 2010, it expanded to synapses, cognition, cognitive disorders and neuroaesthetics.

BSi seeded collaborative research in each of these areas with award grants totaling $21 million across almost two dozen departments in nearly every school at The Johns Hopkins University. Scientists receiving grants from the BSi went on to receive 10 times more in secondary funding to continue their work from key sources such as the National Institutes of Health, the Department of Defense and leading health nonprofits. This seed funding has led to transformational research discoveries and applications including new drugs for cancer, brain tumors, HIV central nervous system injury, amyotrophic lateral sclerosis (ALS), peripheral neuropathy, Alzheimer's disease, autism and many others.

With the untimely loss of Griffin in 2011, Rothstein assumed directorship of the BSi and was named the John H. Griffin Director for the Brain Science Institute. Two new signature research areas were established, neurocognition and neurodegeneration, paired with two growing translational programs, Drug Discovery and the International Arts + Mind Lab. 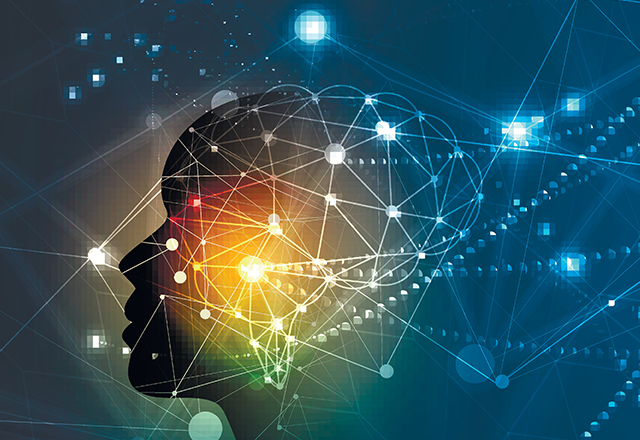 In 2010, the BSi founded a new research core for synapses, circuits and cognitive disorders (SCCD), organized by Rick Huganir, Ph.D., co-director of the BSi and professor and director of the Solomon H. Snyder Department of Neuroscience at the Johns Hopkins University School of Medicine. SCCD brought together an interdisciplinary working group of researchers from molecular biology to systems to cognitive neuroscience with faculty co-appointments in the Department of Neuroscience and the BSi. The group awarded research funding in the areas of autism spectrum disorders, schizophrenia and neuroplasticity. 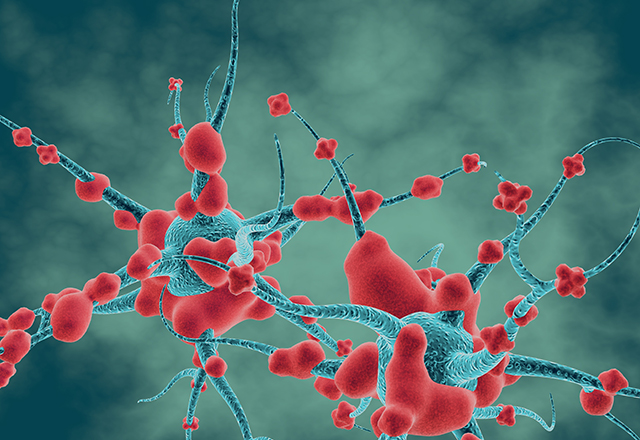 Under the BSi, a talented cadre of Johns Hopkins researchers, neurologists and neuroscientists united in 2012, focusing on neurodegenerative disorders including Alzheimer's disease, ALS, Huntington's disease and Parkinson's disease. The mission of this group was to understand the fundamental causes of these diseases and to ultimately develop biomarkers and effective interventions to mitigate and someday cure them. This team subsequently uncovered multiple new pathways responsible for dementia and ALS along with several new candidate drug therapies.

Today, the BSi supports internal and external granting programs in ALS through the Robert Packard Center for ALS Research. This program has already discovered new gene therapies for ALS and frontotemporal dementia as well as disease-causing biological pathways and biomarkers.

This new approach is producing 6 billion biological and clinical data points per patient in an open source model shared with academic and commercial researchers worldwide. Regarded as a "virtual brain biopsy," this data trove will be mined for disease causes and subgroups using Artificial Intelligence and big data informatics, empowering Johns Hopkins scientists to develop targeted therapeutics for Alzheimer's, ALS and other neurodegenerative diseases— a personalized medicine for brain disease. This national collaborative program has engendered wide commercial, nonprofit and philanthropic support. 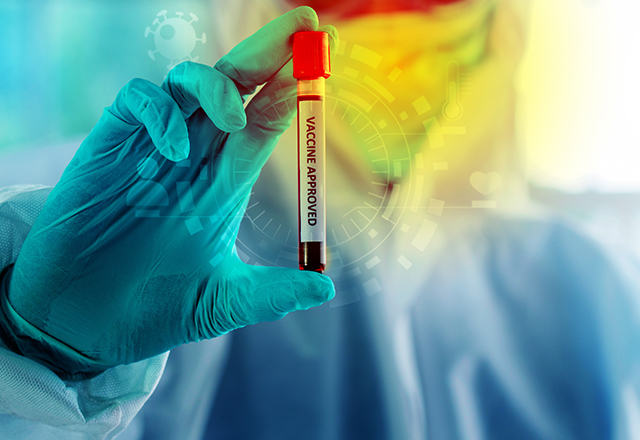 The program accelerated the translation of neuroscience discoveries into novel small molecule therapeutics. Unprecedented academic collaborations, as well as relationships with pharmaceutical companies, biotech and venture capitalists, advanced the discovery, development and pipeline of therapies for brain disorders and other diseases.

Today, in order to take full advantage of this professional drug development program in a major medical center, the Drug Discovery mission has expanded beyond neurological disorders to cover more therapeutic areas including oncology, immunology, psychiatry, ophthalmology and gastrointestinal disorders. 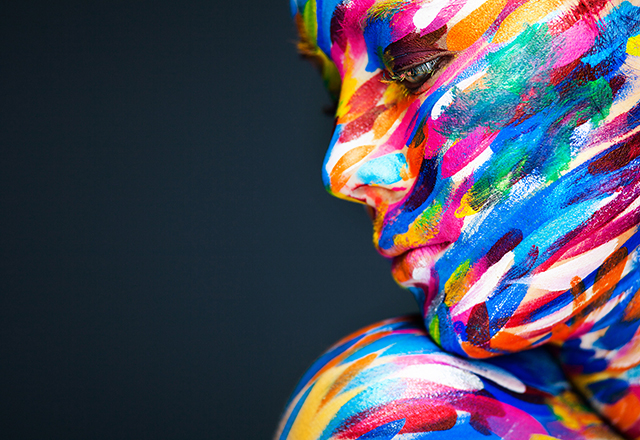 Donor Marilyn Pedersen believed there was untapped potential for the arts to support brain health and well-being. With this in mind, the BSi hosted the first Science of the Arts speaker series in October 2010, bringing together arts, art historians, educators, psychologists and brain researchers to discuss the emerging field of neuroaesthetics — often described as "your brain on the arts."

The enormously positive response to the event, both nationally and abroad, led to the incubation of a new neuroaesthetics initiative within the BSi. The International Arts and Mind Lab (IAM Lab) launched in 2016 with a mission to study the intersection of brain sciences and the arts and bring research to practice.

In 2019, the IAM Lab evolved to a full-fledged center and launched the NeuroArts Blueprint initiative in partnership with the Aspen Institute. The IAM Lab has established itself as a thought leader in the field of applied neuroaesthetics, bringing together top researchers and practitioners to solve intractable problems in health, well-being and learning through evidence-based arts interventions.

The BSi has invested in state-of-the-art technology and services to propel the work of the Johns Hopkins neuroscience community. These include:

At the Center for Brain Imaging Science, the BSi awarded brain science investigators grants to use the 7 Tesla Magnetic Resonance Imaging Center at the Kennedy Krieger Institute. The facility, funded in part by the BSi, was the highest magnetic field MRI scanner available for the research community in Maryland at the time.

Through a genuine, honest and robust exchange of ideas, data, concepts, and thoughts, the BSi has supported knowledge building in the field of brain sciences.

Over the last several years, the BSi has hosted interdisciplinary gatherings and online opportunities to share research, translation and best practices among researchers, educators, students, health care providers and more.

In 2008, BSi launched monthly Brain Nights. At these informal gatherings, Johns Hopkins researchers from across the university share their latest findings and data with undergraduate, graduate and medical students as well as faculty, clinicians and staff.

In 2010, the BSi launched the Brain Vanguard Lecture Series. This ongoing program brings accomplished neuroscientists to campus to provide a deeper dive into basic and clinical science through lectures and informal lab meetings with trainees, including postdoctorate and graduate students.

In 2013, BSi launched a new podcast series, BrainTalk, in partnership with WYPR. The series featured weekly interviews with brain experts on a wide variety of topics including schizophrenia, Alzheimer's disease, ALS, autism, depression, pain, memory and learning. BrainTalk was aired on public radio stations throughout the U.S.

A Look to the Future

The continued support of the Pedersen family has allowed the BSi to grow and evolve into a world-class model of collaboration, discovery and translation within the field of neuroscience. The BSi remains committed to bringing research to practice, facilitating cutting-edge studies in the brain sciences and rapid translation of insights into pioneering therapies that support our brain health and healing.

The future of the BSi will be driven by the remarkable ingenuity of the Johns Hopkins scientists and physicians. It will likely expand to include new faculty and industry collaborations centered on Artificial Intelligence, enabling the global brain science community to synthesize and create from Big Data captured by Hopkins labs and clinics. It may also expand to the intersection of bioengineering and neuroscience. Whatever the direction, it will be built upon the BSi's founding principles of openness and deep collaboration—the hallmark of the Johns Hopkins philosophy for building a better future.