“If further studies verify our findings, nanoparticles could establish early which patients with COPD are more likely to need more intensive interventions to avoid adverse outcomes,” says Enid Neptune, M.D., associate professor of medicine at the Johns Hopkins University School of Medicine, who partnered with Justin Hanes, Ph.D., and Jung Soo Suk, Ph.D., from the Center for Nanomedicine at the Wilmer Eye Institute at Johns Hopkins.

A report on the research was published Aug. 1 in the European Respiratory Journal.

According to the World Health Organization, 65 million people have moderate to severe COPD, making it the fifth leading cause of death worldwide. Linked to smoking and pollution, COPD describes a group of incurable, chronic inflammatory, lung-damaging processes marked by coughing, breathlessness and excessive production of spit and mucus. Currently, the best diagnostic tool for COPD is spirometry, which measures how deeply a person can move air out through their lungs after taking a deep breath.
“Spirometry gives us a good picture of a person’s current lung function, but tells us very little about how their disease will progress,” says Neptune, which is why finding a predictive biomarker is so important.

In search of one, the research team focused on mucus, the slimy lubricant secreted by tissues that line airways, intestines and other body passages, forming protective barriers and — in the lungs — sweeping away potentially harmful particles inhaled with the air we breathe. Mucus has a structure similar to a water-filled sponge, with many tiny interconnected pores.

Hanes and Suk had previously engineered nanoparticles that don’t stick to the mucus and discovered that these “muco-inert” particles were capable of navigating through the maze of mucus pores covering the airways. “The diffusion of muco-inert particles in airway mucus is primarily hindered by mucus’ structure, and thus the mucus pore size can be estimated based on how fast the particles travel within the mucus samples collected from patients,” says Suk.

“That suggested to us that the structure of the mucus in people with COPD might be distinct and affect the way foreign particles or even pathogens move,” says Neptune.

To test this, the researchers next collected mucus samples from 33 patients who were active or former smokers: Seven of the smokers had no history of COPD, 18 had mild to moderate COPD, and eight had severe COPD as determined by lung function.

The team then added nanoparticles labeled with a fluorescent marker that could be traced by an ultrasensitive camera into the mucus and observed their movement, watching for the speed at which the nanoparticles diffused through the sample.

“If this restricted structure impacts the ability of immune cells to engage infectious pathogens in the lungs, it could potentially serve as a predictor for COPD flares, a critical risk factor in COPD progression,” says Neptune.

The researchers state that if future, larger studies validate their findings, the structure of mucus could provide new insight into how COPD progresses, as well as improve therapy.

Funding for this research was provided by the National Heart, Lung, and Blood Institute (R01HL127413, R01HL125169) and the Cystic Fibrosis Foundation.

Under a license agreement between Kala Pharmaceuticals and the Johns Hopkins University, Dr. Hanes is entitled to a share of royalty received by the University on sales of products used in the study described in this press release. Dr. Hanes is a founder of and owns stock in Kala Pharmaceuticals. This arrangement has been reviewed and approved by the Johns Hopkins University in accordance with its conflict of interest policies.

Male Sex Hormones Have a Role in Asthma 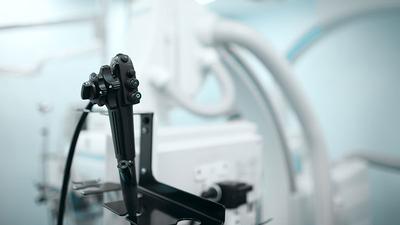