The 79th Wilmer Residents Association Clinical Meeting took place May 27, the first time in its 79-year history that the event was virtual. Affectionately referred to as WRA Day, this eagerly anticipated annual meeting is a live, multiple-speaker, one-day CME-accredited course. Wilmer faculty, residents, fellows, researchers and many from the outside ophthalmic community attended to hear topics of clinical and basic research interest in the eye sciences.

At this year’s meeting, Sheila West presented the 32nd Wilmer Memorial Lecture on “The History of Wilmer on the Global Stage,” and James Handa and Wilmer alum Allan D. Jensen paid tribute to legendary former resident and faculty member Robert Bond Welch, who passed away in January.

The virtual format made for an especially sharp contrast with the earliest WRA meetings. In The Wilmer Ophthalmological Institute 1925–2000, Robert Welch provided a glimpse of the meeting’s early days:

In 1938 Frank Walsh suggested that we have an annual meeting of the Senior Residents. The idea was enthusiastically endorsed by Dr. Woods, and the first three-day meeting was held May 12–14, 1938. The participants were the present and former members of the staff. Initially papers were also given by some of the senior members of the medical staff of the hospital. Local ophthalmologists were invited and, in later years, invitations were sent to ophthalmologists in the neighboring states. 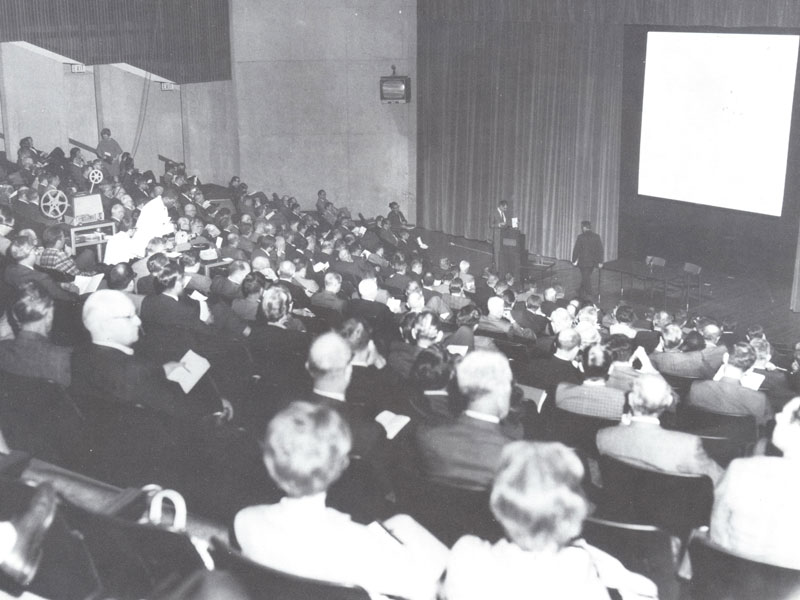 In the pre-World War II years, the presentations were longer and approximately eight to ten papers were presented each session. The highlights, of course, were excellent papers by Drs. Woods and Frank Walsh. Jonas Friedenwald usually closed one afternoon session with a Clinical Pathological Conference. Another highlight was Frank Walsh’s neuro-ophthalmological conference on Saturday morning.

In the early years the members and guests were entertained at luncheons, cocktails and often dinners at the staff members’ homes or clubs. As the attendance grew, this, for the most part, became impractical, and a new feature, “the Oyster Roast,” was started. This is a delightful evening held in one of the downtown hotels and always features “The Wilmer Skit” put on by the house staff.

While this year’s virtual meeting prohibited the performance of a skit, it has come to be a much-loved (and celebrated) component of WRA Day.

Edward Maumenee was the chairman at Wilmer with chief resident Mort Goldberg and senior resident John Payne. John served as chief resident in the second half of the following year, in 1968. He went into practice in Baltimore, and was a staunch supporter of the Wilmer residency program. In 2001, in gratitude for John’s superb clinical care, the Mitchell sisters in Baltimore bequeathed to him funds to support his research. In consultation with his former chief resident, Mort Goldberg, John felt the best use of those funds would be to establish prizes for resident research, not only to strengthen the research by the residents, but also to support and enhance the format and content of the annual meeting of the Wilmer Residents Association. 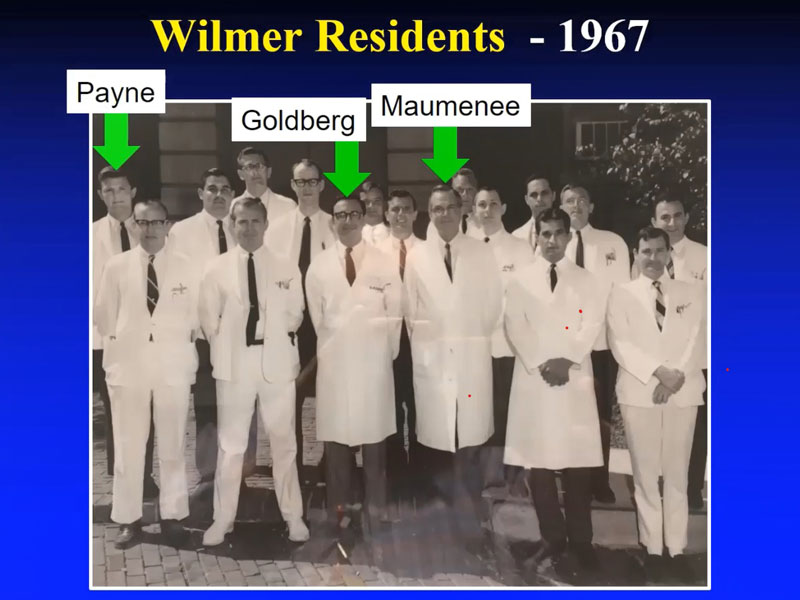 Guyton said the Mitchell Prizes are an institution, and pointed out that the list of winners represents a virtual “who’s who in ophthalmology.”

Be sure to check out the next issue of the Wilmer Insider to learn the recipients of this year’s Mitchell Prizes.