Months of training and fundraising culminated in a bustling team tent early Saturday morning, when patients, families, physicians, nurses and staff members arrived to run and celebrate together with the common goal of supporting the Children’s Center.

The event provided a meaningful opportunity for physicians, nurses and other clinicians to interact with patients and families, boosting morale for Children’s Center staff members. This sentiment was echoed by many of the patient families in attendance, including Dan and Brandie D’Orazio. The D’Orazios ran on race day—which happened to be their 11th wedding anniversary—in honor of their son Leo, who was born with a rare genetic disorder.

“For years, we have heard so many wonderful stories about the Children’s Center. Last year, with the birth of our fourth child, Johns Hopkins became a deep part of our community. While Leo has faced many challenges, we could not imagine care without the Children’s Center,” says Dan. “We were grateful to have an opportunity to give back in our own small way through the race. It was especially gratifying to be able to earmark the donations to the Child Life team who has meant so much to our family.”

We were grateful to have an opportunity to give back in our own small way through the race. 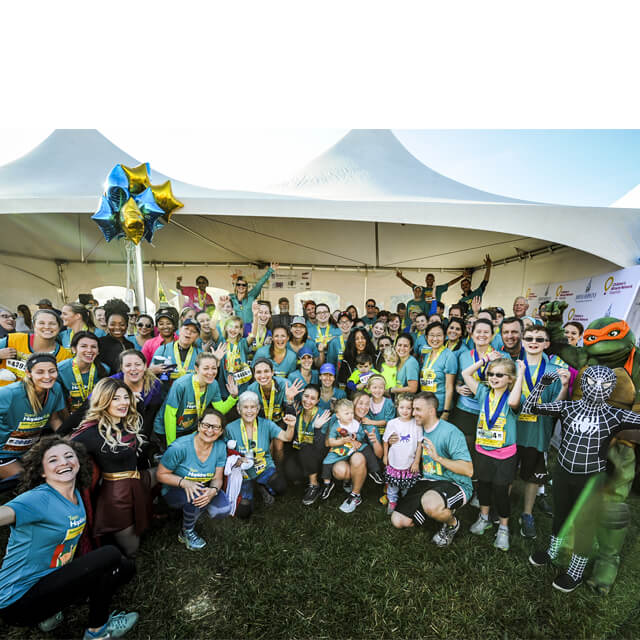 Team Hopkins Kids celebrates at the race tent on the morning of the Baltimore Running Festival.
back to top button