Surveillance programs for people at high risk of developing pancreatic cancers can help detect precancerous conditions and cancers early, when they are most treatable, according to a new multicenter study directed by researchers at the Johns Hopkins Kimmel Cancer Center.

The study followed 1,461 individuals at high risk of developing pancreatic cancer who were enrolled in the Cancer of Pancreas Screening-5 (CAPS5) study at Johns Hopkins Medicine and seven other medical centers, and underwent annual pancreatic imaging tests.

Of these participants, 10 were diagnosed with pancreatic cancer, including one participant who was diagnosed four years after dropping out of recommended surveillance. Seven of the remaining nine patients (77.8%) were diagnosed with stage I disease, and the other two had progressed to higher stage cancer (one had stage IIB, and one had stage III disease). Seven of these patients were alive after a median follow-up of 2.6 years.

“A clear majority of patients in the CAPS program who were diagnosed with pancreatic cancer were detected at the first stage of the disease if they maintained their surveillance,” says senior study author Michael Goggins, director of the Pancreatic Cancer Early Detection Laboratory.

In general, Goggins says, by the time most patients present with symptoms, they already have later-stage pancreatic cancer; very few have their disease detected at stage I.

Combining the CAPS5 data with statistics from previous Johns Hopkins Medicine CAPS studies that began in 1998, led by Marcia Canto, director of clinical research for the gastroenterology division, investigators found that in the entire CAPS cohort of 1,731 patients, 19 of the 26 cases of pancreatic cancer were diagnosed in patients who maintained their pancreas surveillance. Of those, 57.9% had stage I cancers, 15.8% had stage II cancers, 21.1% had stage III cancers and 5.2% had stage IV disease.

By contrast, six of the seven pancreatic cancers detected in patients who had stopped their annual surveillance (85.7%) were stage IV.

“Many of those diagnosed with pancreatic cancer under surveillance can be potentially cured. By contrast, people who dropped off their surveillance had poor survival rates,” says Goggins. “Our results support the CAPS surveillance recommendation that those who meet the criteria should undergo regular screenings.” The team reported its results in Journal of Clinical Oncology. 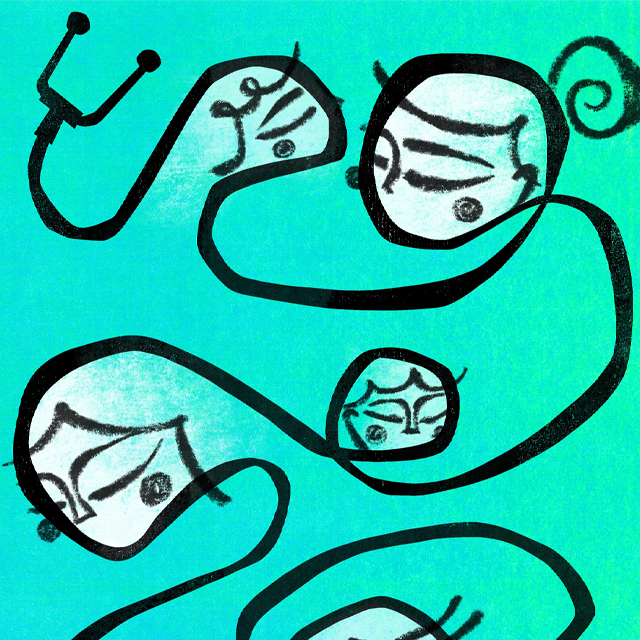 In cardiology research, the gender gap in funding persists, and women are not choosing cardiology as a specialty.

Uncontrolled diabetes can substantially increase the risk of heart failure progression for older adults with early stage heart failure, according to a new Johns Hopkins-led study.
back to top button