Terrell thought he knew how to kick his heroin habit.

He’d stay in his bedroom a week or more, vomiting and sweating until the opioid left his system. But then he’d walk out the front door of his mother’s house, where he was living, and back into trouble. Dealers in his Baltimore neighborhood would slap his back, slip a packet of the drug into his palm. No charge, they’d say. Just hold it in case you want it.

Within days, he would be using again. “I’d say I did that maybe 100 times,” says Terrell, whose name, like others in this story, has been changed. “I was in that cycle for more than 20 years. I was either trying to get clean or trying to get my next fix—one or the other.”

Now, Terrell is married, holds down a full-time job and lives in his own apartment. He credits much of his success to Addiction Treatment Services (ATS), an innovative personalized treatment program at Johns Hopkins Bayview Medical Center.

Terrell enrolled in ATS 11 years ago, after his fiancée at the time broke off the relationship because of his drug use. He figures he’s lapsed maybe three times in the last five years, but he doesn’t give up. He’s currently taking methadone daily to quell his cravings and attending group counseling sessions at Johns Hopkins Bayview once a week. He wants to taper off the medication, though he intends to continue counseling.

The program, designed by clinical psychologist Robert Brooner, the director of ATS, and Van King, its medical director, creates individualized treatment plans that are frequently reviewed and modified to meet changing patient needs. Brooner and King work closely with patients, as do clinical psychologists Michael Kidorf and Jessica Peirce and psychiatrist Neeraj Gandotra. Nurses, social workers and professional counselors also provide care to about 350 patients in the program at any given time.

Brooner says most insurance plans, including Medicaid, cover the treatment, which also receives some state and federal funding. The cost is in line with other addiction programs in Maryland, he says.

Yet nationwide, only a handful of other treatment centers offer a similar level of personalized treatment, says Gandotra. That may change as the heroin crisis worsens.

Overdose deaths topped 10,574 in 2014, up from 3,036 in 2010, according to the National Institute on Drug Abuse. In Maryland, 578 people died from heroin overdoses in 2014, more than double the number in 2010, according to the state Department of Health and Mental Hygiene. Baltimore was hardest hit, with 192 heroin-related deaths in 2014. And many more lives are shattered by a drug that strips away loving relationships, ambition and common sense.

The epidemic has commanded the attention of city politicians. In 2014, Baltimore’s mayor convened a task force to address addiction in the city. Its recommendations, released in July 2015, include an embrace of the ATS approach.

“All treatment should be individualized, based on the needs of the person and adapted to a person’s changing needs as they progress through treatment,” reads the report. “Treatment nonadherence should not be considered a failure on the person’s part, but an indication that the program should reassess its approach.”

Patients do not need to detoxify in an inpatient program before admission to ATS. They usually start by attending group and individual counseling sessions between two and five days a week, while taking methadone or other medications to ease withdrawal symptoms and reduce craving for opioids. Patients can also be treated for psychiatric problems that often exist alongside addiction, such as depression and post-traumatic stress disorder.

For their part, patients must participate in required sessions and urine drug testing. Over time, they are expected to decrease drug use, develop drug-free social networks, and find employment and adequate housing.

“They hold you accountable,” says Jacob, who has been with ATS and heroin-free for five years. He is now married, with a job and children. He’s taking college courses. With each milestone, “you get more freedom,” he says. Jacob is now eager to “get off that last little bit” of medication, he says.

“I’m working with my doctor on a strategy, which is that I’ll still see him and I’ll participate in therapy even more because that medication is a crutch,” Jacob explains. He also keeps Brooner’s cell number handy, though he hasn’t called it in a while.

ATS provides abundant support and reinforces success with rewards that include reductions in mandatory counseling, opportunities to take medications at home instead of in the program and even department-store gift cards.  The rewards, Brooner says, keep patients in the program while they build lifestyles that support abstinence.

Success rates for treatment programs are difficult to measure because patients rarely report back once they leave. But research conducted by Brooner and his colleagues shows that even modest treatment-based incentives and gift cards can increase attendance and, therefore, success.

If patients slip—producing a drug-positive urine test, for example—they aren’t discharged from the program. Instead, treatment services intensify. ATS patients say the personalized approach delivers the results that eluded them with methadone clinics and inpatient detoxification.

“Of all the programs I’ve been to, nobody’s been able to help me like they do here,” says Ruth, who has been with ATS for a decade. “I want to continue coming to this group, probably for the rest of my life.”

Ruth is working toward an associate degree and caring for her elderly mother—a life that seemed out of reach before ATS. “I’ve OD’ed on heroin,” she says. “I pawned valuable family jewelry. I’ve had strangers stick needles in my arm. I’ve slept with people for drugs. You do things that you never thought you would do. You’re in that moment, and you think you need those drugs.”

Ruth’s friend Laura has been with ATS more than 20 years and still attends counseling sessions twice a week. “I tell everyone, ‘When I die, they’re going to give me my last fix of methadone in my coffin.’ I’m not leaving this program, and that is the truth.”

Brooner tells his patients they should be proud of their successes, not ashamed of their disease. “There’s more to recovery from this disorder than stopping drug use,” he tells them. “It’s about creating a meaningful life and living it.

“You can live, and live well, with substance use disorder,” he says. “You can get back to having a life worth living.”

The path to heroin addiction often begins with pain-killing prescription opioids, such as oxycodone, says Eric Strain, director of the Johns Hopkins Center for Substance Abuse Treatment and Research.

Opioids work by binding to receptors in the brain and body, easing discomfort while releasing intense feelings of pleasure. When the drugs run out, some people turn to heroin for the blast of euphoria they have come to crave.

Heroin is abundant in Baltimore and costs an estimated $5 to $15 per dose, compared to $60 to $100 for prescriptions of common opioid painkillers.

Opioids slow breathing, heart rate and other body functions, creating a dangerous potential for overdose. Fatalities can occur when patients return to heroin use after their tolerance has been lowered by treatment or incarceration, or when they combine methadone with other drugs, says Robert Brooner, director of Addiction Treatment Service Programs at the Johns Hopkins Bayview Medical Campus.

Suzanne was 21, a waitress with a weekend drug habit that was becoming a seven-days-a-week addiction. She needed help, but, like many people, had a poor impression of methadone.

“There was a methadone clinic around the corner from the restaurant where I worked,” recalls Suzanne, whose name was changed. “I would see the patients, and I was openly disgusted. They were just nodding out on the street.”

Suzanne, an Addiction Treatment Services (ATS) client since 2008, has since changed her mind about methadone. She is finding much-needed stability through the medication, which blocks opioid withdrawal symptoms and diminishes cravings.

“Most ATS patients are conflicted about methadone. They credit the medication with being an important part of their success, but they tend to judge themselves harshly for taking it and look forward to the day when they can discontinue it and do well,” says ATS Director Robert Brooner.

Many methadone clinics dole out the medication without the counseling or accountability found at ATS, freeing clients to combine it with other drugs. “I didn’t know it at the time, but it wasn’t the methadone that made people act like that,” Suzanne says. “It was the pills and stuff they were taking with it.”

ATS doctors regularly evaluate the risks and benefits of medication for each patient and adjust accordingly. At ATS, Suzanne started at 115 milligrams of methadone eight years ago and is now down to 26.  With the clinic’s support, she hopes to be medication-free in the near future.

Suzanne works in a beauty salon and says her clients have no idea she uses methadone. “If someone’s taking methadone correctly, nobody can tell,” she says. 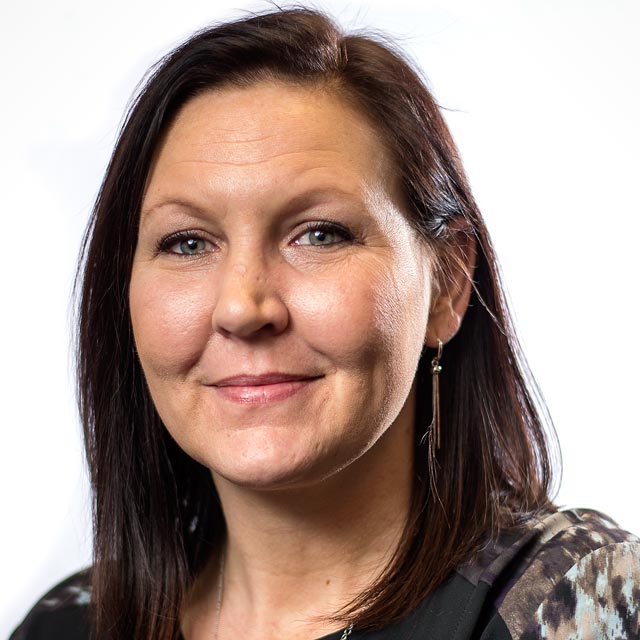 ‘I’m Out of Control’

Joe remembers the first time he injected heroin 45 years ago. “The rush was unbelievable,” he says. “It’s amazing how easy you’re hooked on that heroin. Within three or four months, I was really, really going after this heroin, real crazy.”

Now 66, Joe, whose name was changed, supported his habit by breaking into residences. As a result, he spent much of his life behind bars. “I would get out of jail, and I would take jobs painting houses,” he says. “I would do good for a while and make money. Then, I would start getting high again.”

In 2012, Joe was out again after his longest stint in jail—15 years and three months. He was drug-free and working odd jobs, like cutting grass and scrubbing floors. But he also suffered from hepatitis C, cirrhosis and joint pain. A prescription for the opioid pain medication oxycodone sent him spiraling back into substance abuse.

In a desperate bid to break that cycle, he walked into Addiction Treatment Services (ATS). “I said, ‘I hear you have a program. I can’t control myself. I’m out of control.’”

He now volunteers with a local church and makes a little money by helping people with house projects and gardening.

“ATS was really happy about that,” he says. “They’re very strict and monitor everything you do, right down to the T, but they never make you feel lesser. They want to know what you’re going through and what’s on your mind.” 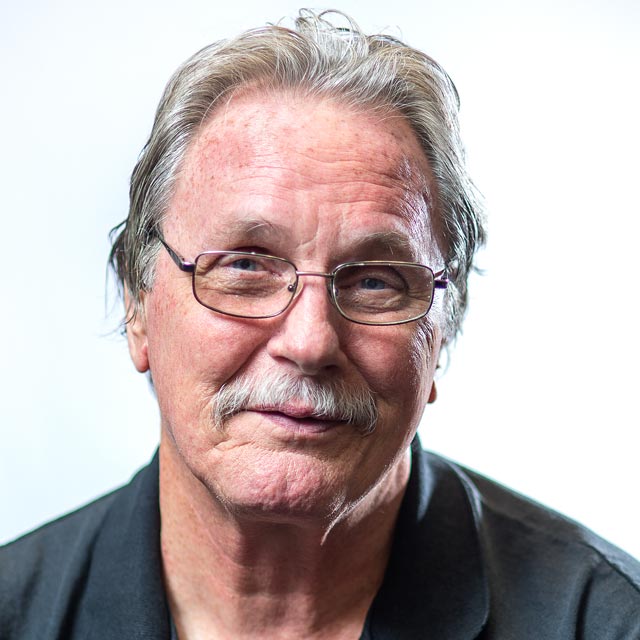 At Suburban Hospital, Treatments for Teens

A  Montgomery County high school student, injured playing lacrosse or football, switches to heroin when post-surgery painkillers run out. Another one sneaks pills from her mother’s medicine cabinet. A third has been drinking heavily at parties and is beginning to experiment with heavier drugs.

The Addiction Treatment Center (ATC) at Suburban Hospital has been helping teens fight substance use since the 1980s, says its director, Beth Kane Davidson. “We’re known in the community as the place to go when there is a concern about a young person,” she says.

To reach adolescents who are experimenting with alcohol and drugs, ATC offers four-hour and nine-hour education programs highlighting the risks of substance use and avoidance strategies.

Teens with more serious substance use behavior are eligible for ATC’s treatment program. It lasts four to six months, starting with counseling sessions two to three times per week and becoming less frequent over time. Clients are expected to transition to a support group, such as Narcotics Anonymous.

A key part of the program, says Kane Davidson, is helping teens find alternatives to the euphoria of drug use. One took up skydiving, she says. Others find more down-to-earth pleasures, such as a weekend hike. “We want our patients to fully engage in their daily lives,” says Kane Davidson. “That’s what sobriety is about. Alcohol and drugs disengage them.” 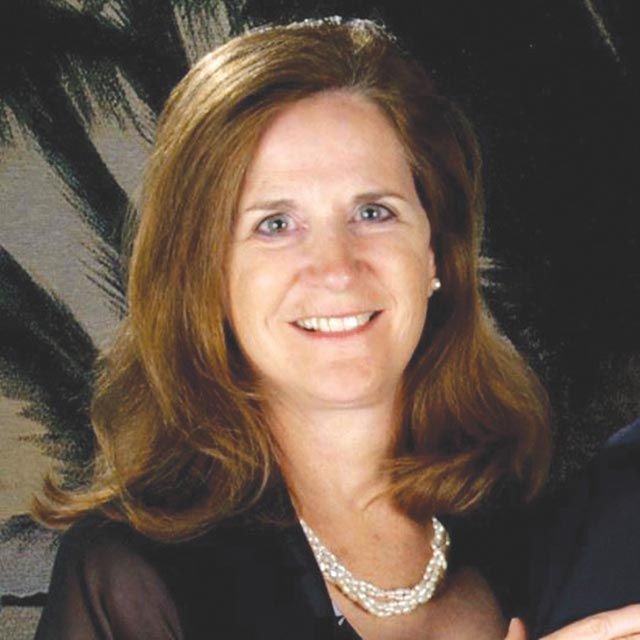 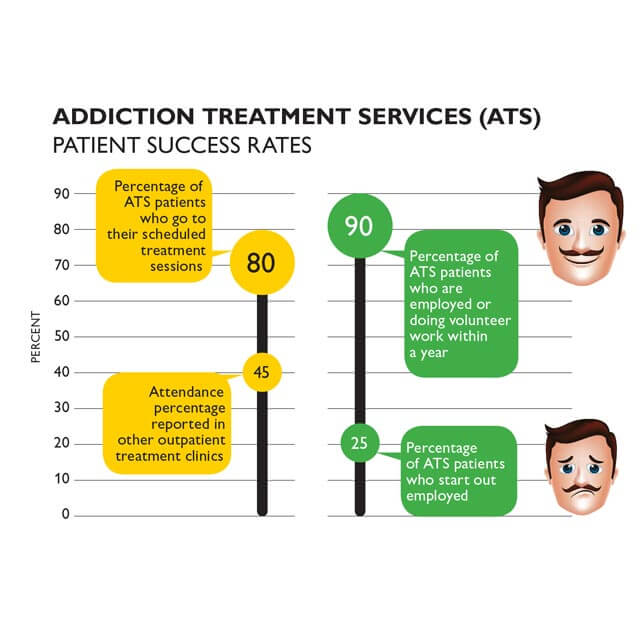