Published in Inside Tract Summer 2020

Hepatologists from Johns Hopkins are taking aim at viral hepatitis in a country where as many as 15 million people are infected.

Vietnam has struggled with a viral hepatitis epidemic for decades. While the infection rate in urban areas of the country is estimated to be as high as 10%, as many as 40% of people living in rural Vietnam are infected with the hepatitis B virus. According to the World Health Organization, Vietnam is one of 11 countries that bear half the world’s chronic viral hepatitis burden.

James Hamilton and Doan Dao are among the Johns Hopkins hepatologists helping to launch a Center of Excellence for Liver Disease at Johns Hopkins and in Vietnam this year. The center will be a collaboration between Johns Hopkins and the Ho Chi Minh City Department of Health Services, which oversees more than 100 hospitals and clinics.

Dao, a native of Vietnam, says the disease affects many members of his family. He has spent the last 12 years studying viral hepatitis in hopes of addressing the epidemic in the country where he was born and raised.

“My interest in studying hepatitis B stemmed from my family,” he says. “It’s a complex disease. But this center, and our collaboration with the health department in Ho Chi Minh City, give us a chance to help a lot of people.”

Countries in Africa and Southeast Asia have been hit especially hard by hepatitis B and primary liver cancer. According to Hamilton, lack of access to care, screening and health education have fueled the epidemic.

“Millions of people are infected and don’t know it,” he says. “Frequently, liver cirrhosis or liver cancer is the first sign of illness in chronically infected people.”

Adult immune systems are usually able to rid the body of the hepatitis B virus after infection. But as many as 90% of newborns and as many as half of children between 1 and 5 who are exposed to the virus develop chronic hepatitis B infections.

“Mostly, the spread of the virus is vertical,” Hamilton says, explaining that mothers pass the virus to their newborn infants during or after birth. “In Vietnam, that’s the most common way the virus is transmitted.”

Dao adds that a lack of access to both health care and health education has helped the virus to take hold in Vietnam.

“There are ways to prevent the vertical spread,” he says. “If the mother is infected, we can treat her with anti-HBV therapy and administer human immunoglobulin to the infant within the first 12 to 24 hours of life.”

In collaboration with researchers at the Pham Ngoc Thach University School of Medicine in Ho Chi Minh City, the Center of Excellence for Liver Disease’s main goals will be to diagnose and treat chronic liver disease, build a leading research program and provide Johns Hopkins training to physician-scientists in Vietnam.

He’s encouraged that the Vietnamese government may devote significant resources to combat the hepatitis B epidemic in the coming years.

“There are the beginnings of an infrastructure in place,” he says. “Machines that sequence DNA and other molecular biology equipment, microscopes, all of that. But right now, there isn’t a lot of adequately trained staff to use it. We’ll be able to help do research, both in Vietnam and back here in Baltimore. It’ll be a joint effort.”

Hamilton says part of the center’s mission will be to facilitate, train, support and advocate for physicians and other health professionals in Vietnam to combat the viral hepatitis epidemic.

It’s a complex disease. But this center, and our collaboration with the health department in Ho Chi Minh City, give us a chance to help a lot of people.—Doan Dao 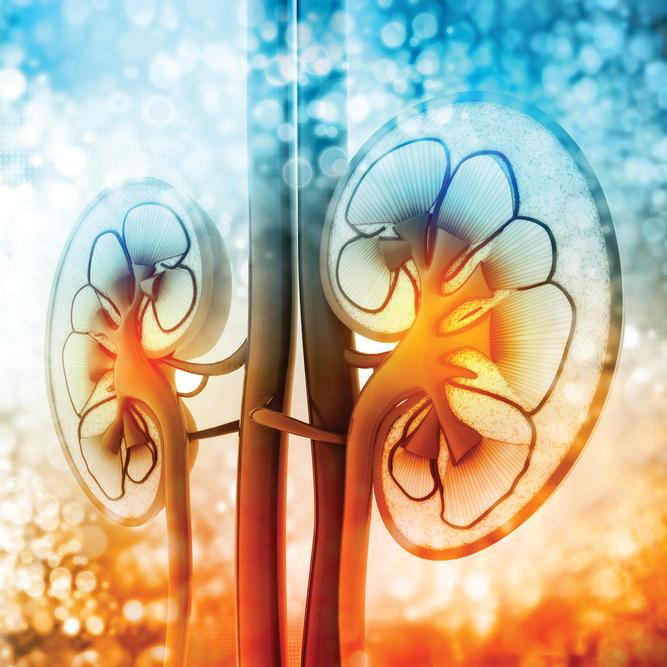 In a study of 10 virus-free patients who received hepatitis C-infected kidneys, none have developed clinical signs of chronic hepatitis C infection.

There is a Cure for Hepatitis C

Hepatitis C can lead to severe liver damage or failure.
back to top button