In late August 2019, a little over a month after giving birth to her third son, Kim Rowsome was back at Sibley Memorial Hospital — this time to have a peach-sized tumor removed from her abdomen.

Throughout her pregnancy, Rowsome had pain on her right side as well as weight loss, nausea and vomiting that never subsided. She was treated for what doctors thought was hyperemesis gravidarum, a condition in which pregnant women experience these symptoms. Her baby was healthy and growing normally.

It wasn’t until after she gave birth, developed a fever and continued to have pain in her side that doctors discovered an 8-centimeter tumor (doctors generally don’t perform CT scans during pregnancy due to radiation exposure). It was stage 2 appendix cancer that had penetrated into her colon and surrounding tissues.

“It was shocking and frightening,” Rowsome, 41, says. “There was a lot of crying, a lot of emotions. It was a very difficult time.”

But with a multidisciplinary team of Sibley medical experts, as well as the support of her family and friends, Rowsome underwent surgery to remove the tumor and a course of chemotherapy. More than two years later, she remains cancer-free.

“There’s always the fear of recurrence,” she says, “but I just try to look at the positive side of everything. I try to be hopeful. I’ve always appreciated the time I get with my family, but now there’s more in-the-moment recognition and appreciation.”

Appendix cancers affect about 2 out of every 1 million people. (To compare, lung cancer, the third most common cancer in the United States, affects 1 in 15 men and in 1 in 17 women). While Rowsome’s diagnosis is a rare one, everything from her initial surgery to chemotherapy to follow-up care was handled by experts with years of experience in treating complex cancer cases.

It took a number of steps to reach a diagnosis of appendix cancer. Imaging and a colonoscopy pointed to possible colon cancer, but doctors couldn’t be sure until they removed and analyzed the tumor. Rowsome’s obstetrician, Jo’Ann Jackson, M.D., referred her to Johns Hopkins surgeon Martin Paul, M.D., who practices at Sibley Memorial Hospital. Jackson was honest with Rowsome, telling her “this is bad,” since it was possible she had advanced colon cancer.

Jackson knew Rowsome was in the best hands, though, as Paul had treated Jackson’s mother during her bout with colon cancer.

“Dr. Paul is one of the best, and I know that personally,” Jackson says. “He saved my mom’s life.”

Rowsome’s case was presented to two panels of experts from a variety of medical disciplines, including medical, radiation and surgical oncologists from the Johns Hopkins Kimmel Cancer Center at Sibley, as well as physicians in obstetrics, maternal-fetal medicine, gastroenterology and surgery. They first reviewed her imaging and colonoscopy results, and the multidisciplinary team at the Kimmel Cancer Center charted out the best course of treatment. This included surgery and post-surgery chemotherapy.

Paul performed a minimally invasive surgery on Aug. 29, 2019, to remove the tumor and affected areas of Rowsome’s colon. When pathology results came back showing the tumor was appendix cancer rather than colon cancer, Jackson was relieved.

“While scary and bad, this was not fatal the way a widespread colon cancer diagnosis could have been,” she says.

The kind of appendix cancer Rowsome had, mucinous adenocarcinoma, is treated similarly to colon cancer, with surgery first, then possible chemotherapy and/or radiation after.

Still, the diagnosis and treatment turned Rowsome’s world upside down. Her parents, both retired, moved in to her Arlington, Virginia, home to help her and her husband care for their newborn and two toddlers. She couldn’t be as present with her newborn as she’d hoped. But between her parents and her husband, she knew her young family was well taken care of.

Throughout her treatment, Rowsome found all the doctors and health care workers to be dedicated and compassionate.

“Dr. Paul just has such a calming presence about him, and he truly cares about his patients,” she says. “I’ve been super fortunate that every person on my care team has been phenomenal.”

Following her surgery, Rowsome completed a three-month course of chemotherapy under the care of medical oncologist Valerie Lee, M.D., who practices at the Kimmel Cancer Center at Sibley. While doctors aim to remove all the cancer through surgery, chemotherapy can help reduce the chances of the cancer coming back.

“There’s always the possibility of microscopic cancer cells left behind or even in the bloodstream,” Paul says. “So anytime you have an advanced tumor like this, chemotherapy is recommended. Even though there was no lymph node involvement, with her young age and the risk for recurrence, we really want to maximize the treatment and thereby minimize the risk of recurrence.”

In December 2019, Rowsome completed her chemo treatment. The next month, Johns Hopkins Hospital surgeon Jonathan Greer, M.D., an expert in gastrointestinal surgery oncology, performed a diagnostic laparoscopy, an exploratory procedure to look for signs of cancer in the abdomen. He found no evidence of disease.

Rowsome, who is the deputy vice president of development for the National Parks Conservation Association, has gotten back to her life, and is now meeting with her oncology team and getting bloodwork every six months and getting annual scans.

Rowsome remains grateful to the multidisciplinary team of Johns Hopkins specialists and for the support system at Sibley. From the nurse at the infusion center who made sure she got to sit in the massage chair during each chemo session to her nurse navigator and social worker, she felt the entire care team was invested in her success and healing. She recently finished a survivorship series through Sibley’s Center for Patient and Family Services. The four-week program is for patients who recently completed cancer treatment to aid in their recovery and meet fellow survivors.

“I’m left with so much gratitude,” she says.

“Anytime you have an advanced tumor like this, chemotherapy is recommended. We really want to maximize the treatment and thereby minimize the risk of recurrence.” 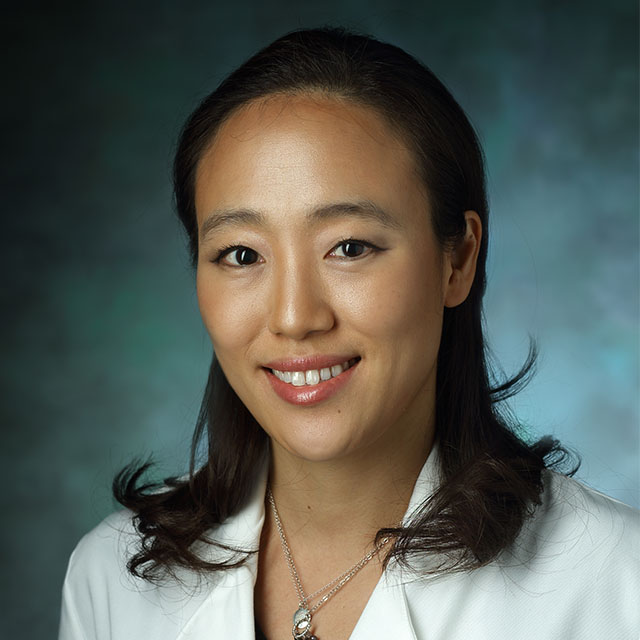 You Still Need That Colonoscopy, Even During COVID-19

Colorectal surgeon Haniee Chung explains why it’s important to keep up with routine screenings.
back to top button