As a medical student at Georgetown University, Tsion Abdi drew inspiration from many of her professors. But one in particular stood out.

“I remember watching Dr. Kathy Bull-Henry come into rounds,” Abdi recalls. “She was so poised. She had a great bedside manner, always trying to connect with the patient. She always made time for med students and stimulated our minds in terms of how to handle specific situations.”

When Abdi learned her former professor would join her on the gastroenterology faculty at Johns Hopkins, she says she was “beyond delighted. How often do you get the chance to work with someone you’ve admired for a long time?”

“I noticed she was very bright,” she recalls. “And I noticed in her a strong drive for excellence.”

Bull-Henry remembers assigning the young Abdi some research to perform for a study that would be peer-reviewed. And that Abdi’s work on the project was stellar.

“It was clear even then that she had a very promising career ahead.”

Bull-Henry says she has always tried to approach students, residents and fellows individually to learn their interests and encourage their studies. “That way,” she says, “by the time they move on to the next stage of their careers, they’re prepared to be excellent gastroenterologists. It’s part of why I love academic medicine.”

Bull-Henry says one of the reasons she came to Johns Hopkins from Georgetown was division director Tony Kalloo.

“We have a wonderfully diverse division in gastroenterology,” she says. “That doesn’t happen by accident. Dr. Kalloo is committed to it.”

Abdi says that, as a med student, Bull-Henry served as an important role model.

“I’d look at Dr. Bull-Henry and think, here’s a woman who looks like me and is a leader in the field I’m interested in,” she says. “That was very powerful.”

Abdi, who specializes in treating motility disorders and serves as clinical director of the Johns Hopkins Knoll North Gastroenterology and Hepatology Center in Howard County, Maryland, says she continues to look up to Bull-Henry, only now as a colleague.

“I still look at her and say, that’s the type of doctor I want to be,” Abdi explains.

The Quest for a Blood Test for Cancer 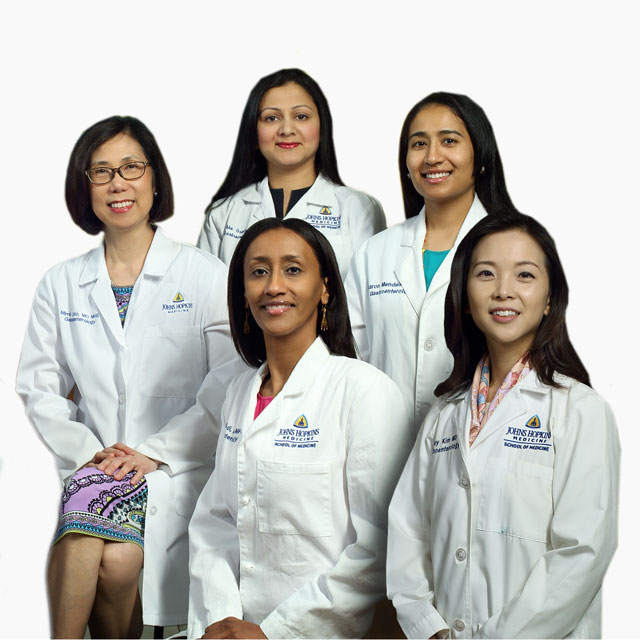 Director of Clinical Research Marcia “Mimi” Canto shares insights into her role as mentor in the Division of Gastroenterology and Hepatology.
back to top button