Surgeons at The Johns Hopkins Hospital have performed the world’s first total penis and scrotum transplant.

The patient suffered a devastating injury several years ago from an improvised explosive device while serving in Afghanistan. He is now recovering at the hospital after the 14-hour procedure in late March, which repaired his abdominal wall, gave him a new scrotum and attached a donor penis.

“We are optimistic he will regain near-normal urinary and sexual functions,” said W. P. Andrew Lee, director of plastic and reconstructive surgery at the Johns Hopkins University School of Medicine.

The patient, who also lost both legs in the blast, is expected to leave the hospital this week. Before he is discharged, his bladder catheter will be removed and urinary function is expected to be restored. Sexual function, including sensation and the ability to get an erection, could be gained in about six months, said Richard Redett, a Johns Hopkins plastic and reconstructive surgeon and clinical director of the genitourinary transplant program.

Doctors chose not to give the patient testicles after consulting with bioethicists. They determined that the sperm-generating tissue would confer the potential for having children with genetic material from the donor.

Two weeks after the penis surgery, the patient received bone marrow infusions from the donor. The procedure, pioneered by the same Johns Hopkins team, modulates the immune response that causes patients to reject transplanted organs, so the patient needs only one low-dose maintenance immunosuppression medication per day.

Lee described the loss of genitals as an “unspoken injury of war,” with devastating consequences for intimacy and happiness.

NwHxIhP7zTE
Video: Animation Shows Aspects of Total Penile and Scrotum Transplant
On March 26, 2018 a team of nine plastic surgeons and two urological surgeons at Johns Hopkins Medicine performed the world’s first total penile and scrotum transplant. In a 14-hour surgery, the entire penis, scrotum (without testicles) and partial abdominal wall of a deceased donor was transplanted to a veteran wounded in Afghanistan. This animation illustrates the transplantation process.

“It’s a real mind-boggling injury to suffer, it is not an easy one to accept,” said the recipient, who wishes to remain anonymous. “When I first woke up, I felt finally more normal… [with] a level of confidence as well. Confidence… like finally I’m OK now,” he says.

The donor’s family members also opted for anonymity, but released a statement saying, “We are all very proud that our loved one was able to help a young man that served his country,” and noting that their own family includes several veterans.

“As a family, we are very supportive of all the men and women who serve our country and grateful for the job you did to serve this nation.”

Penis and Scrotum Transplant Took Years of Practice and Planning

The team has been planning for the procedure since 2013, said Redett. They rehearsed on cadavers to understand which arteries, veins and nerves would need connecting and refined their techniques over time. Brandacher said it also took time to match donor and patient for age, skin tone and certain immunological and viral parameters. All surgeons donated their time to provide the procedure at no cost to the patient.

Lee said other patients are currently being screened for similar surgery. There are no immediate plans to use the procedure for gender reassignment operations.

The Johns Hopkins surgery was the fourth successful penis transplant in the world. The first was in South Africa in 2014, followed by Massachusetts General Hospital in 2016 and South Africa in 2017. However, it was by far the most extensive transplant by including the entire penis and scrotum as well as the lower abdominal wall.

The first penis transplant was performed in China in 2006, but the patient’s body rejected the new organ.

“Our transplant is different [from previous ones] because it is a much larger piece of tissue,” said Redett. “An improvised explosive device typically hits the pelvic region. We were able to design a transplant that would include all the tissue to replace the entire defect.” 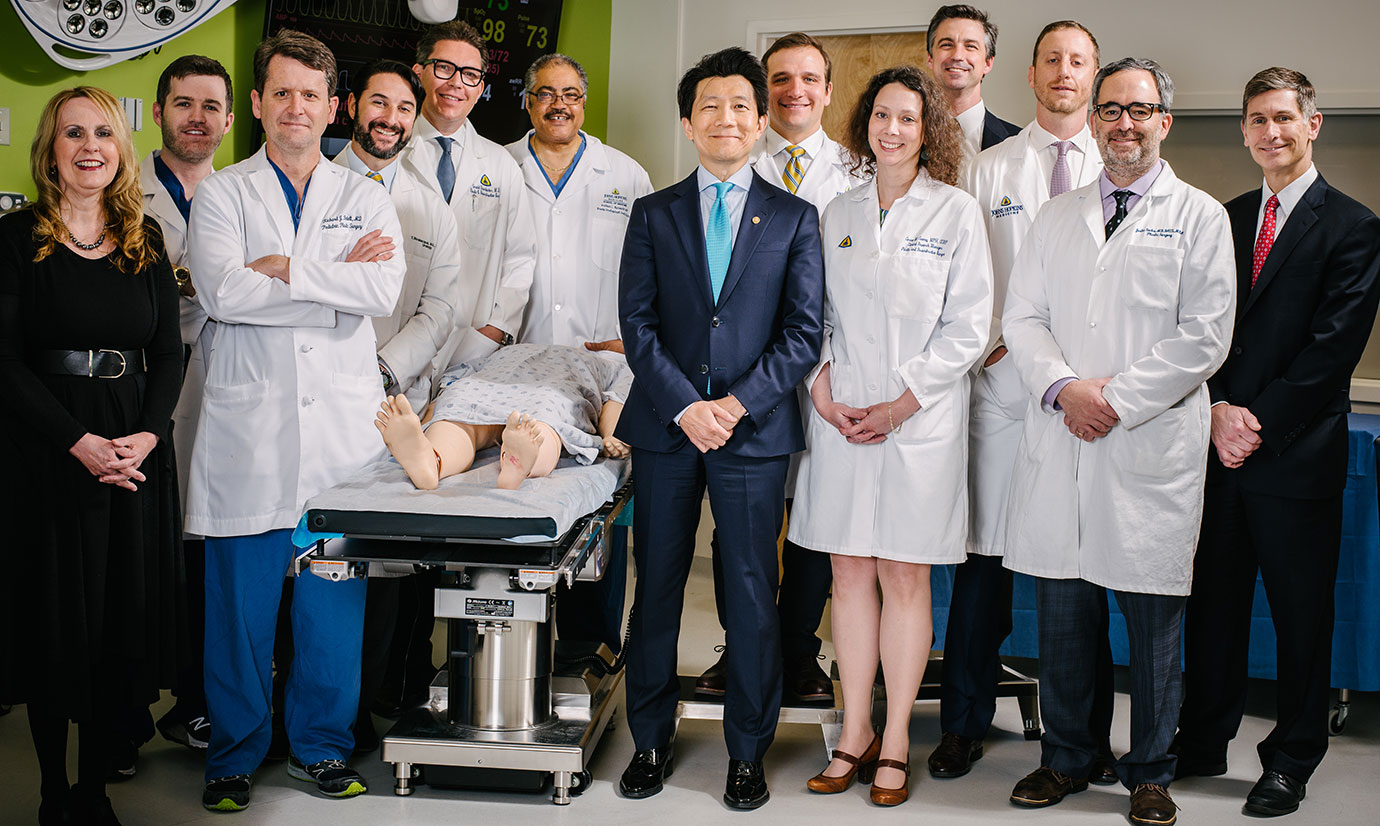 We are optimistic he will regain near-normal urinary and sexual functions.”