Across the nation, only 20 percent of donor lungs are ever used for a transplant because of suitability. Thoracic surgeon Errol Bush wants to dramatically increase this percentage of suitable lungs by improving donor lungs and preventing further injury with ex vivo lung perfusion (EVLP). In fact, he already has.

Bush recently served as a co-investigator of an international clinical trial that compared the results of transplanted lung function after ex vivo machine perfusion and standard-of-care cold storage. The results showed a significant reduction of grade 3 primary graft dysfunction (PGD) in patients with lungs perfused with the ex vivo machine.

“After one year of outcomes, the incidence of PGD with the machine was superior to being on ice,” says Bush. “That’s very promising.” In contrast to the FDA-approved “Toronto method” of EVLP using a cold solution, the researchers used a normothermic preservation method that perfused the organs with blood. While traditional preservation techniques attempt to limit cold ischemia times of less than six hours, the normothermic method has less than one hour of cold ischemia time.

In 2015, Bush was recruited to Johns Hopkins Medicine as the director of the Advanced Lung Disease and Lung Transplant Program. With experience in EVLP, he will also serve as director of the new EVLP program. He is currently collaborating with researchers, such as pulmonologist Bo Kim, to translate EVLP into clinical medicine.

Kim has been examining the disease process of ischemia reperfusion injury (IRI) for several years. Most recently, he measured mRNA levels from thousands of genes in human lungs that have undergone IRI. After explanted lungs were flushed, insufflated, cold stored, ventilated and then placed on a cardiopulmonary bypass circuit, he collected biopsy samples each hour and extracted mRNA.

Together, Bush and Kim are investigating novel therapies to use with EVLP to improve lung function and protect against IRI. “If we can predict PGD and stop it,” says Bush, “it could mean a dramatic increase in the supply of suitable lungs for transplantation.” 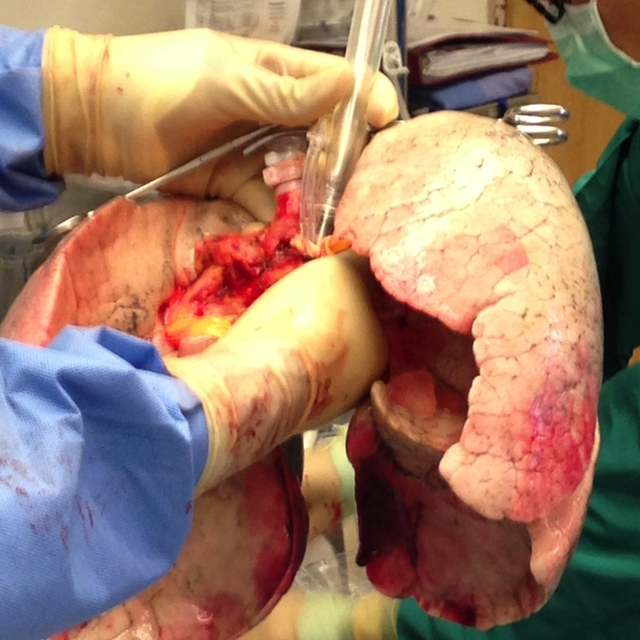 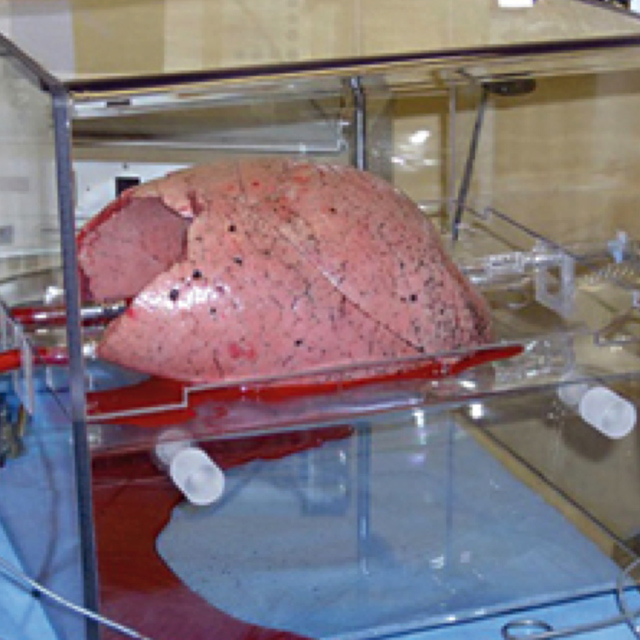 Lungs are placed in an EVLP machine. 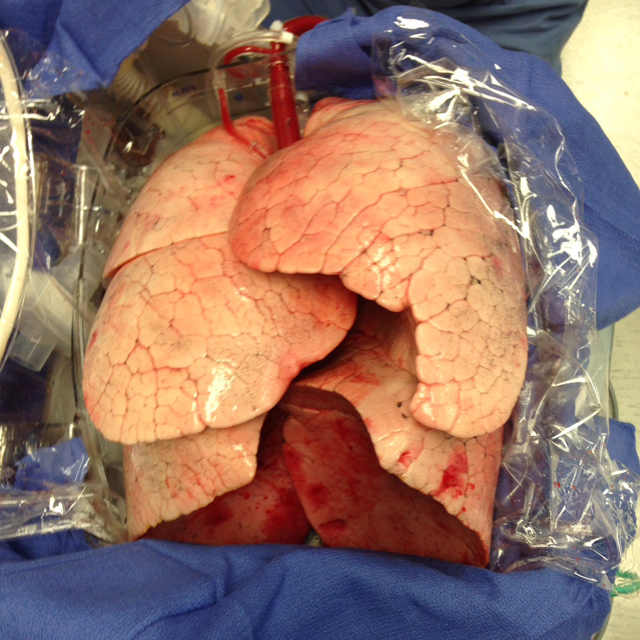 Johns Hopkins thoracic surgeon Errol Bush discusses what surgical options are available for lung cancer patients, the recovery and aesthetic benefits of minimally invasive surgery for lung cancer, and when it’s appropriate and why it’s important to be treated at a comprehensive cancer center, such as the Johns Hopkins Lung Cancer Program.

“After one year of outcomes, the incidence of PGD with the machine was superior to being on ice. That’s very promising.”