As facial plastic surgeon Shaun Desai and his Johns Hopkins Department of Otolaryngology–Head and Neck Surgery colleagues stepped off the plane in Pune, India, in January, the team knew that they had a long few days ahead of them—but also that they’d be some of the most rewarding of their lives. The group was there for a medical mission trip sponsored by Healing the Children, a nonprofit organization that helps provide access to medical care to underserved children around the world.

Desai explains that children in India are in particular need of skilled facial plastic surgeons because of the country’s inordinate rates of cleft lip and palate, some of the highest in the world. “There aren’t enough physicians and resources in India to take care of this country’s cases,” he says. “Without surgery, many of these patients’ facial deformities will never be fixed, causing lifelong consequences.”

To help ease this burden, Desai and Johns Hopkins colleagues—including speech pathologists Kristine Pietsch and Rina Abrams, nurse Maureen Ercole, pediatric anesthesiologist Robert Greenberg, and administrator Sophie Sok-Tyong—joined other medical professionals from across the U.S., for the weeklong mission. This was Desai’s second such visit to Pune, and fifth mission trip overall. Desai’s mother, Bharati Desai, an internal medicine physician from New York who grew up  and studied medicine in Pune, also accompanied the team to  help as a translator.

On their first day at Sanchetti Hospital, an orthopaedics hospital that volunteered its operating rooms, nursing staff and cleaning staff, the team divided into two. While nonsurgical staff unpacked donated equipment and supplies flown over from the U.S., surgeons including Desai began screening the 600 patients with facial and congenital deformities who’d arrived at the hospital to be considered for treatment.

Only 40 of the most complicated cases would be selected for surgery through the mission, with priority given to infants with cleft lip and palate who meet American standard guidelines of being safe to operate on. Others would receive services donated later through Pune-based plastic surgeons who could perform the procedures at the government hospitals.

After selecting patients most in need, the two halves of the team reunited in the operating room for a four-day marathon, performing surgeries nonstop from early morning until late evening.

“It’s obviously physically tiring, but you’re running on adrenaline,” Desai remembers. “Everybody is just working to do whatever they can to get cases done, and to do as many as humanly possible – it brings out the best in everyone.”

In the end, he adds, those 40 patients received life-changing surgery that they wouldn’t have been able to access otherwise. Additionally, 38 patients received speech therapy with Pietsch and Abrams, who also gave lectures at the local university.

“Medical missions such as this are one of the things I look forward to most in my practice,” Desai says. “It’s why most of us went into medicine in the first place: to help people.”

While nonsurgical staff unpacked donated equipment and supplies flown over from the U.S., surgeons including Desai began screening the 600 patients with facial and congenital deformities who’d arrived at the hospital to be considered for treatment. 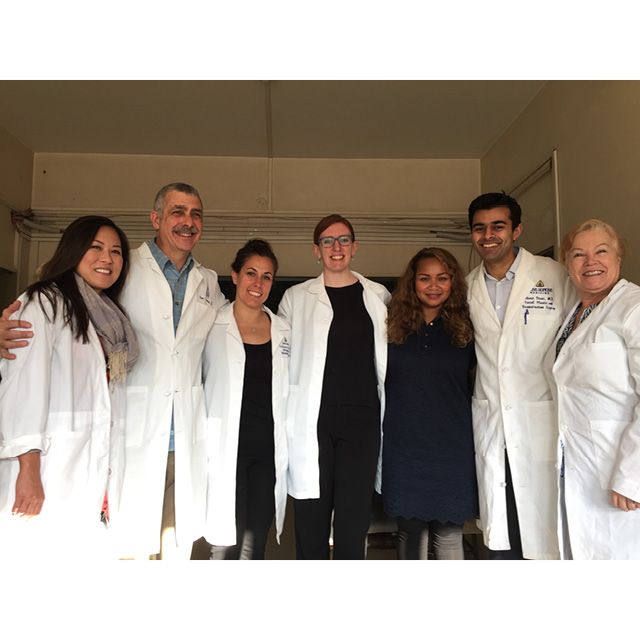 Several Johns Hopkins colleagues joined medical professionals from across the U.S. for a weeklong medical mission. Their aim: to help children born with cleft lip and palate in India, which has some of the highest rates of the conditions in the world.
back to top button