On his first day in the Pain Treatment Program at The Johns Hopkins Hospital, Barry struggles to sit up in bed. He braces himself on trembling arms, pushing words through lips that are pale with pain. “I’m not as sharp as I usually am,” says the Pennsylvania lawyer, whose name has been changed for this article. “Pain is the only thing my mind has room for. Pain and relief from pain.”

As far as he could tell, the Pain Treatment Program was his last chance: one of the only psychiatry-based inpatient programs in the country that could address and untangle both the physical and mental aspects of chronic pain. His goal: “I hope to be able to live with a reasonable amount of pain and therefore not need addictive agents.”

For Barry, now in his mid-60s, the problem began in 2007, when herniated discs rubbed against his spinal nerves, sending pain radiating through his hands and wrists. Back surgery in 2009 fixed that problem, but left him with excruciating neck pain — and a reliance on Percocet, a powerful opioid that dulls pain but carries a high risk of addiction.

Like about 70 percent of his fellow patients in the Johns Hopkins Hospital program, he was addicted to prescription pain medications, which were no longer easing his pain. The more he took, the more his body responded by sending stronger pain signals. “When I didn’t get better they kept increasing the dose,” Barry says. “I maxed out and it still wasn’t enough.”

In addition to addiction, Barry suffered from anxiety. Psychiatric conditions such as depression, anxiety and posttraumatic stress disorder often accompany chronic pain and make it worse by causing poor sleep, decreased physical activity and a tendency to obsess about pain. These behaviors form a toxic cycle by increasing discomfort and perpetuating reliance on the short-term benefits of opioids.

The Johns Hopkins program, based in the Department of Psychiatry and Behavioral Sciences, untangles this downward spiral by teaching patients to manage pain, instead of expecting it to disappear. Through therapy, they focus on improving their outlooks and relationships.

“Patients are taught to take a longer-term approach to pain management instead of expecting an immediate fix,” says psychiatrist and program director Glenn Treisman. “My message is, work on function and let feelings come later.”

Patients stay about three weeks, on average. When a new patient is admitted, a resident on staff begins by reading through medical histories that can be hundreds of pages long. Barry’s record, for example, was more than 450 pages, says resident Jeffrey Zabinski, who also reviewed Barry’s medications, including those for diabetes, hypertension and asthma.

Barry tapered off opioids with the help of long-release oxycodone, which limited the symptoms of withdrawal, along with nonnarcotic pain medications such as acetaminophen. He was also weaned off clonazepam, a prescription anxiety medication that can cause irritability and depression.

Barry, like other patients in the program, found the first days particularly rough. He slept poorly and could barely eat. Certified nursing assistant Audrey Hough stayed by his bed, ready to get him a cup of apple juice or hold his arm as he shuffled to the bathroom a few feet away.

Some patients drop out of the program, but two-thirds get much better or well, says Treisman. One man, he says, had used a wheelchair for 15 years and spent hours each day lying on the floor and watching television because it was the only way he could get comfortable. He now walks without assistance and holds a job.

Untangling the Physical and Psychological

The Pain Treatment Program was launched in 1976 by Donlin Long, director of neurosurgery from 1973 to 2000. “Long was a forward-thinking neurosurgeon,” says Treisman. “He recognized that we needed to help patients who had undergone surgery and were still in chronic pain.”

Soon, it became clear that patients outside of neurosurgery would benefit as well, and that the psychiatric component was key. “The problem is really about physical rehabilitation and psychiatric co-morbidity,” says Treisman. He notes that some people are simply able to cope with chronic pain, while others struggle because of psychiatric conditions such as depression and a history of addiction.

Treisman’s predecessor, Michael Clark, says the clinic fills an important need by tackling both the physical and psychiatric aspects of pain. “We’ve had people coming to our program who told us if we couldn’t help them their next stop would be physician-assisted suicide,” said Clark, who directed the program for 25 years.

With just nine inpatient beds, the clinic always has a waiting list. Patients are all ages, ethnicities and economic backgrounds, with about 45 percent from states other than Maryland.

“The benefit that comes out of the treatment is huge,” says Treisman. “It’s a long-term investment that improves lives and offers a way out of addiction.”

Barry agrees. After eight weeks in the program, he is finally free of the prescription opioids that had become the central focus of his life. The discomfort hasn’t disappeared, but Barry has learned to live with it. He’s no longer thinking about pain every waking moment. “I can walk without a cane,” he says, demonstrating. “That’s the promise they made to me and that promise has been met.”

It wasn’t easy. He endured sleepless nights as he tapered off prescription opioids. He pushed himself in physical therapy sessions that gave him the strength to sit up, then walk. He attended group therapy sessions, though he resisted at first.

“I went through a nightmare here,” he says as he packs to leave. “But I’m glad I did it. I thought I was going to be an invalid for the rest of my life.”

Pain is the only thing my mind has room for. Pain and relief from pain." 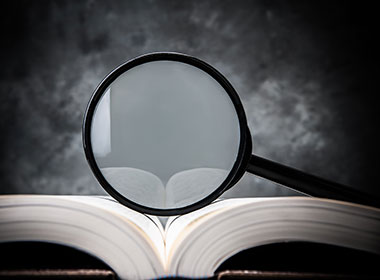 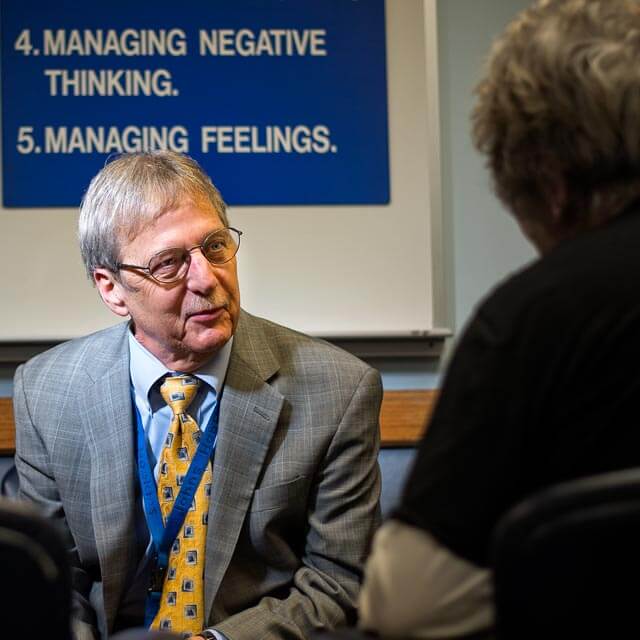 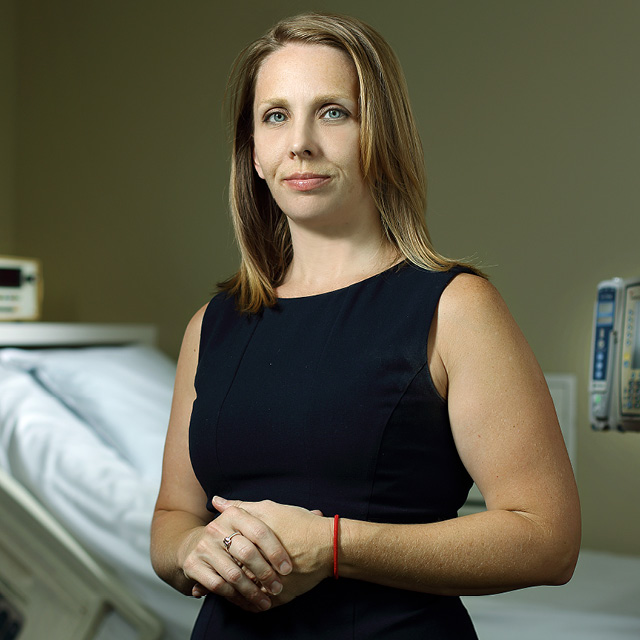