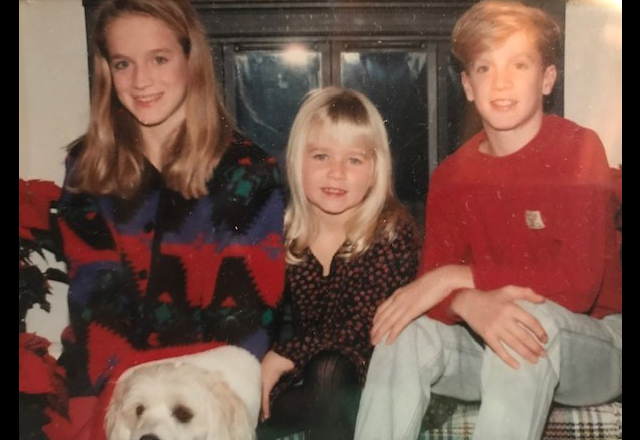 Kelly and Ryan remember their younger sister, Kendall, as a fun-loving, energetic girl who enjoyed dancing from a young age. When Kendall was 3 years old, doctors diagnosed her with Evans syndrome, a rare autoimmune disease in which the body makes antibodies that destroy red blood cells, platelets and white blood cells. This can cause anemia, a lack of the red blood cells needed to supply oxygen to organs and tissues; low platelets, which may cause bleeding under the skin due to the blood’s inability to clot properly; and low neutrophils, which can lead to a higher risk of infection.

“Kendall would be a perfectly normal girl one day, and then suddenly her platelets would drop, she would start bruising all over her body and get really bad nosebleeds,” Kelly recalls. “When that happened, we knew she needed to go to the hospital.”

Kendall was in and out of remission her whole life. When her blood levels dropped to life-threatening levels, she would be admitted to Johns Hopkins Children’s Center for close monitoring and treatment, including a splenectomy, chemotherapy and high doses of steroids.

In May 1996, Kendall’s platelet counts once again dropped to a dangerous level, and she was admitted to the pediatric intensive care unit at the Children’s Center. Things took a turn for the worse, and her blood started thickening and clumping. Doctors did everything they could, but she went into sepsis and fell into a coma. Nothing more could be done to save Kendall.

Dave and Debi, Kendall’s parents, made the difficult decision to give Kendall some peace, calling Kelly and Ryan out of high school and urging them to get to the Children’s Center as quickly as they could.

“When we were in the hospital room at the end, it was just me, Kelly and my parents,” Ryan says. “We held Kendall’s hand and told her how much we loved her and were going to miss her.”

“It felt like months, but Kendall was only in the hospital that last time for three weeks,” Kelly says. “Johns Hopkins Children’s Center definitely kept Kendall alive for longer than she should have been, and we are so grateful for all they did for her.”

Kendall received hundreds of blood transfusions throughout her lifetime. In her last three weeks of life, she needed 50–60 units of blood a day to stay alive. In 1996, palliative care did not yet exist at the Children’s Center, but her care team did everything they could to support the family and help them cope with the immense grief of losing their beloved, joyful Kendall. Kelly and Ryan specifically remember the efforts of the Child Life team in helping make Kendall’s last days special and memorable.

“All of the nurses came to her funeral, and it was shocking; when we saw them it brought tears to our eyes,” Ryan says. “Just seeing them, it shows you that the staff at Johns Hopkins Children’s Center are amazing people.”

Later that same year, the family started the Kendall Burrows Foundation to “build upon the strength and passion that Kendall exuded every day and set out to help other children facing similar challenges and eventually find a cure.” Since 2014, the foundation has raised more than $360,000 to support palliative care at the Children’s Center.

While Evans syndrome is not genetic, Kendall’s mom, Debi, also had the condition and recently passed away from complications.

“Kendall had a love for life and never let her disease get in the way,” Ryan says. "Kendall’s legacy is live your life, be happy doing it, and dance."