Bridget: Saving Her Life Not Once, but Twice 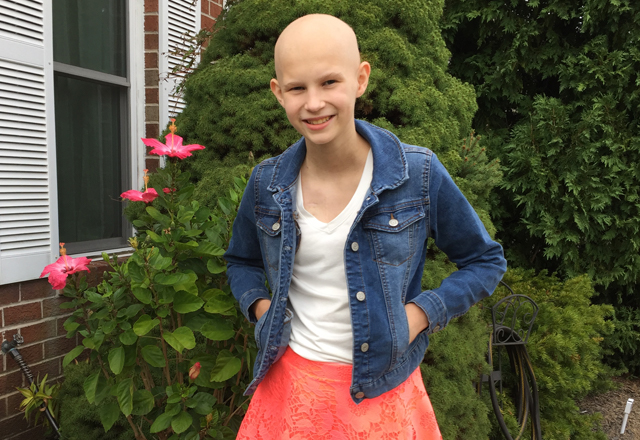 Bridget was a perfectly healthy 21-month-old toddler until September 2009, when she suddenly developed dilated cardiomyopathy, a condition in which the heart becomes enlarged and cannot pump efficiently. Her doctors believed it was triggered by a random viral infection.

After Bridget was admitted to the PICU at Johns Hopkins Children’s Center, her doctors explained to parents Scott and Jen that roughly a third of children with the condition recover fairly quickly, another third recover most of their heart function over time, and another third need a heart transplant or will die.

In January of 2010, Bridget landed back in the PICU and doctors placed her on the national heart transplant waiting list. Two months later, she took another turn for the worse. Her state was so precarious and her heart so weak that the cardiology team decided to perform surgery promptly to place her on a ventricular assist device — essentially an artificial heart. But fate had other plans. On Sunday, March 7, at 6:50 a.m., less than 24 hours before her scheduled surgery, Bridget’s parents received a phone call informing them that a heart was available for their daughter.

After an endless stretch of time in the PICU before surgery, 2-year-old Bridget got her new heart and went home just eight days later.

Bridget led a relatively healthy life — closely followed by her cardiology team — until June 2019. On Father’s Day morning, then 11-year-old Bridget climbed into bed with her parents, complaining of extreme stomach pain. Concerned about potential appendicitis, Scott and Jen rushed her to the all-too-familiar Children’s Center. Within a few hours, preliminary scan results showed a 10-centimeter mass in Bridget’s abdomen.

Doctors suspected post-transplant lymphoproliferative disease (PTLD), a lymphoma caused by Bridget’s anti-rejection medications, and they admitted her for more tests. A biopsy confirmed the worst: Bridget had diffuse large B-cell lymphoma, most likely due to the years of being on immunosuppression medication.

“Hearing the word cancer, you think about how you try to protect your kids from everything, but how do you protect them from cancer?” Scott says. “And when you hear it’s a 10-centimeter mass that’s basically the size of a softball, you wonder how you missed it. Our little girl has been through enough, first a heart transplant and now nine years later she has cancer.”

Over the next three months, Bridget underwent four cycles of aggressive inpatient chemotherapy at the Children’s Center, including nine lumbar punctures during which the medicine was injected directly into her spinal fluid. She wasn’t concerned about losing her hair, but Bridget recalls feeling thankful for the beanies that Child Life specialist Lexie gave her when it happened.

One of the chemotherapy agents has cardiotoxicity, causing concern for Bridget’s heart. Thankfully, heart scans after every chemotherapy treatment showed no damage. Over the course of the summer, Bridget spent seven weeks as an inpatient — missing family vacations and fun with her friends. She received her final treatment in September, but scans revealed a small, concerning “hot spot” in early October. Her oncology team met and recommended repeating the scans six weeks later.

In December, they showed that the hot spot had shrunk, meaning it was likely just leftover inflammation from all of the aggressive chemotherapy. Bridget will return to the Children’s Center in March for what they hope will be a final scan — during the same week as the 10th anniversary of Bridget’s heart transplant.

“Johns Hopkins Children’s Center is our family,” Jen says. “They’ve saved our daughter’s life not once, but twice now.”