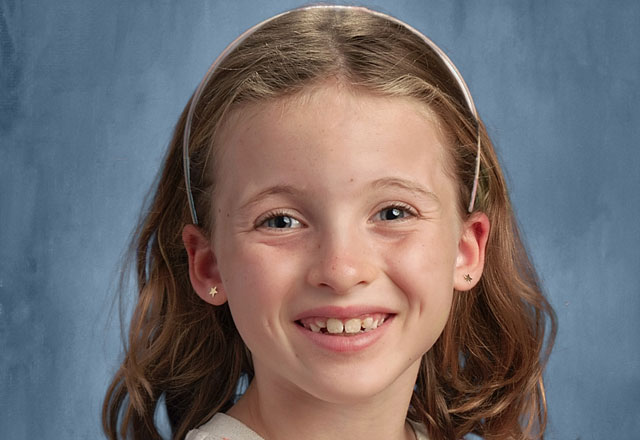 Jenn and Dave were enjoying a lovely Sunday morning with their 21-month-old daughter, Allie, when suddenly Jenn noticed something hard in Allie’s stomach. As a veterinarian, Jenn knew something wasn’t right. They immediately took Allie to her pediatrician, who recommended an ultrasound at a local hospital. Scans revealed that the girl had a baseball-size tumor on her liver. Jenn and Dave rushed Allie to the emergency room at Johns Hopkins Children’s Center, where more tests confirmed their worst fear: Allie had hepatoblastoma, a rare liver cancer, on a lobe of the organ.

“It all happened so fast,” Dave says. “It was supposed to be a quiet Sunday, and then a few hours later, we’re sitting at Hopkins and the doctor is telling us our baby has cancer. Everything else just stopped.”

A few days later, Allie had surgery to remove the tumor. The procedure was a success, and she remained an inpatient for two days. “After her surgery, I remember just thinking, ‘Thank God this cancer is out of my baby,’” recalls Jenn. “I don’t think I ever left her side the entire time she was in the hospital.”

Allie received six weeks of chemotherapy, a few rounds of which required her to stay overnight for close monitoring. Allie’s hair had not even been cut for the first time when it started falling out because of the chemotherapy. Devastated, her parents decided they couldn’t watch that happen, so Dave gave her a buzz cut — to match his.

“After surgery and chemo, the doctors told us we’d need to be monitored for the next year or so,” Jenn says. “After that, if all looked good, the treatment would be considered curative. I remember taking it one day at a time.”

Inspired by their time at Johns Hopkins Children’s Center, Allie and her family race in the Baltimore Running Festival every year, raising funds for pediatric oncology as part of Team Allies Cats. Allie is in third grade, and she loves animals, sports, adventures, and spending time with her family members and pets.

“Johns Hopkins Children’s Center saved our baby’s life,” says Jenn, “and for that, we will be forever grateful.”