Current patients now have the convenience to self-schedule certain exams. Login to MyChart 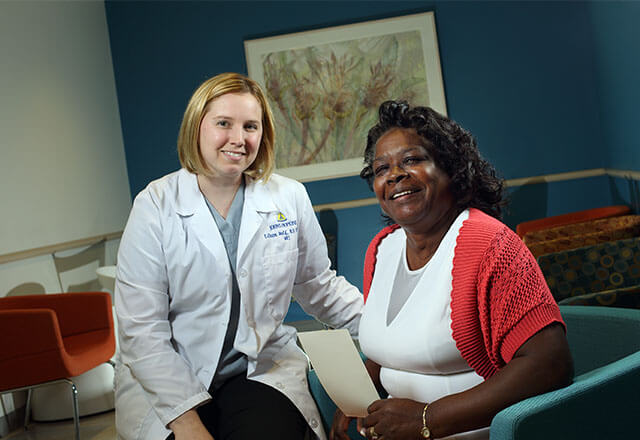 On October 1, 2013, a Maryland State law went into effect requiring the inclusion of general information regarding breast density in your screening mammography report.

The breast imaging radiologists in the Johns Hopkins Breast Imaging section will provide the required general information but will also advise you of your breast density based on their interpretation of your imaging study. As always, you should discuss breast health with your personal physician.

Please use the information below to gain a better understanding of the concept of breast density. Our breast imaging radiologists will also be your resource for learning more about this important topic. You might only think about your breasts by cup size, but did you know you should also be aware of your breast density? It can affect your breast cancer risk and determine the type of screening mammogram you should get.

Johns Hopkins Medical Imaging brings the world-class expertise of Johns Hopkins to your community. Why does expertise matter? Because you matter. Here is how we do it:
back to top button