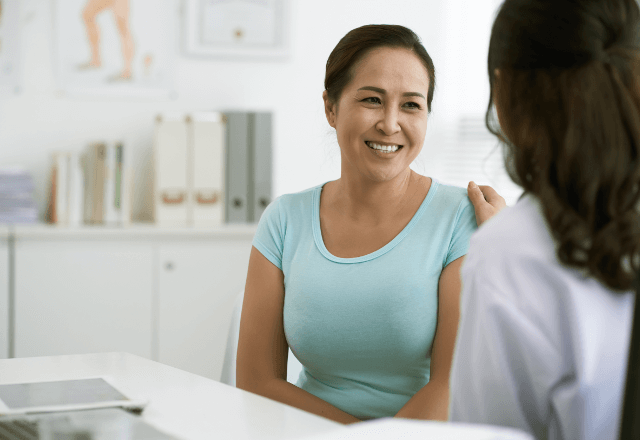 One example is balloon valvuloplasty, where the surgeon places a balloon at the end of the catheter and directs it to the damaged heart valve. Once it’s in position the surgeon inflates the balloon, which can widen the valve opening or push its parts back into place so that the valve works better.

If the aortic valve in your heart is too narrow or doesn’t open completely, it can reduce the amount of oxygen-rich blood leaving your heart and slow its flow into the body.

Our team treats patients with aortic valve disease, as well as those who have developed problems from previous heart valve procedures.

Our surgeons can address a damaged or diseased valve in several ways.

Occasionally, valves that are surgically implanted can develop leaking in the area next to but outside the valve. This is known as a paravalvular leak.

Surgery can close a paravalvular leak if it is causing problems. In certain situations, we can provide a minimally invasive alternative to open surgery by placing a small device to seal the leak.

Prevention of Stroke in Atrial Fibrillation

The foramen ovale is a connection between the top two chambers of the heart (the left and right atria), which normally closes shortly after birth.

In about 25% of the U.S. population, this opening does not completely close. The result is a condition called patent foramen ovale, or PFO. For younger patients who suffer a stroke or transient ischemic attack without a clear cause and are found to have a PFO, a transcatheter procedure can close the PFO and may prevent future strokes.

Larger defects (holes) in the atrial septum, called atrial septal defects (ASDs), can cause enlargement of the heart, elevated pressure in the lungs, and symptoms including shortness of breath and swelling of the ankles. We offer minimally invasive transcatheter ASD closures to many patients.

A condition called hypertrophic cardiomyopathy can cause an abnormal thickening of the heart muscle, which limits the heart’s ability to pump blood to the rest of the body, especially during physical activity. This can cause symptoms including shortness of breath and chest discomfort or even fainting spells.

If medications do not relieve your symptoms, you may be treated with a minimally-invasive catheter-based procedure called alcohol septal ablation that can provide relief.