A 62-year old male presented with a mild fever and acute renal failure with an elevated creatinine of 14.5, and a BUN of 143. Urology and Nephrology were consulted and a renal ultrasound showed bilateral hydronephrosis. A foley catheter was placed to relieve the obstruction and the laboratory tests indicated that his renal function had normalized: creatinine 1.9, and BUN 6. He was sent home with a hemoglobin level of 10.0 g/dL, with a plan to treat his anemia and bring him back for a simple prostatectomy to treat his benign prostatic hypertrophy (BPH). 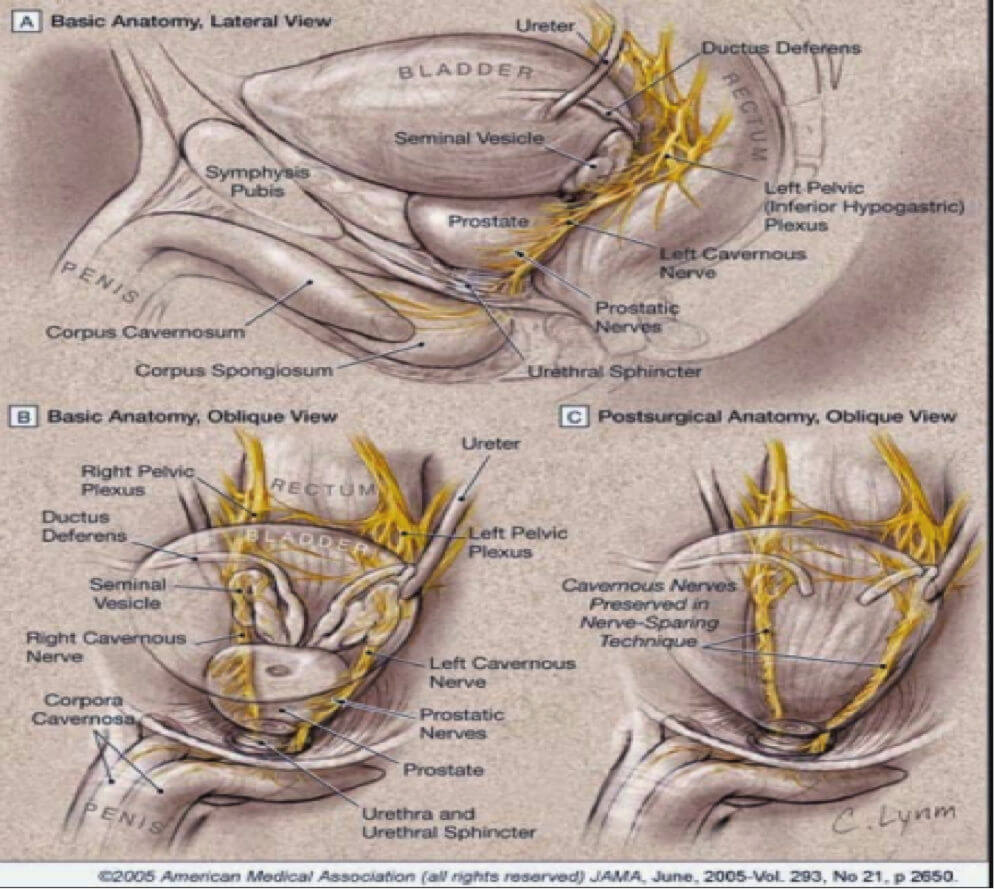 Discussion between the Bloodless Medicine team and the Urologist (Dr. Misop Han) resulted in the somewhat counterintuitive determination that the typical blood loss from a simple prostatectomy is greater than the blood loss with a radical prostatectomy. Therefore, the target hemoglobin level prior to his surgery was 13 g/dL.  Since his laboratory tests revealed iron deficiency, he was started on an oral regimen of iron sulfate 325 mg, three times per day. We recommended that he take it with orange juice to enhance gastrointestinal absorption, and we also recommended Miralax prophylactically to prevent constipation from the iron. The patient was also counseled by our Nurse Coordinator (Liz Dackiw) on foods that were rich in iron.

Two months later he was admitted to the hospital to undergo a Robot-assisted laparoscopic simple prostatectomy by Dr. Han. The preoperative hemoglobin level was 12.9, his estimated blood loss during the procedure was 500 mLs, and his hemoglobin upon discharge on postoperative day 3 was 9.3 g/dL. His creatinine upon discharge was 0.9 indicating that his kidney function had returned to normal. His foley catheter was removed a week later on a follow up visit.