A 9-year old boy presented with loss of balance, headache, vomiting, double vision and was found to have a large left cerebellar brain tumor (5.6x4.8x4.8cm) extending to the margin of the fourth ventricle. An MRI showed no evidence of metastasis. As soon as the surgery was posted, the patient was placed on oral iron supplements (325 mg Ferrous Sulfate, twice a day). A discussion with the parents about Bloodless Medicine revealed their wish to avoid transfusion of the major blood fractions (red blood cells, plasma, or platelets) but they agreed to minor fractions (albumin, cryoprecipitate), as well as autologous blood salvage (Cell Saver) if necessary. We explained the risks and benefits of using Cell Saver blood in Oncology cases, including the use of special filters (leukoreduction filters), which have been shown to remove cancer cells. The clinical and legal aspects of parents requesting to avoid transfusion for their children who are under 18 years of age were discussed. Our team informed the parents that we would do everything to avoid transfusion, however, if it came to a life or death situation, we could not honor the parents' wishes. The parents were comforted to know that all blood conserving measures would be implemented. 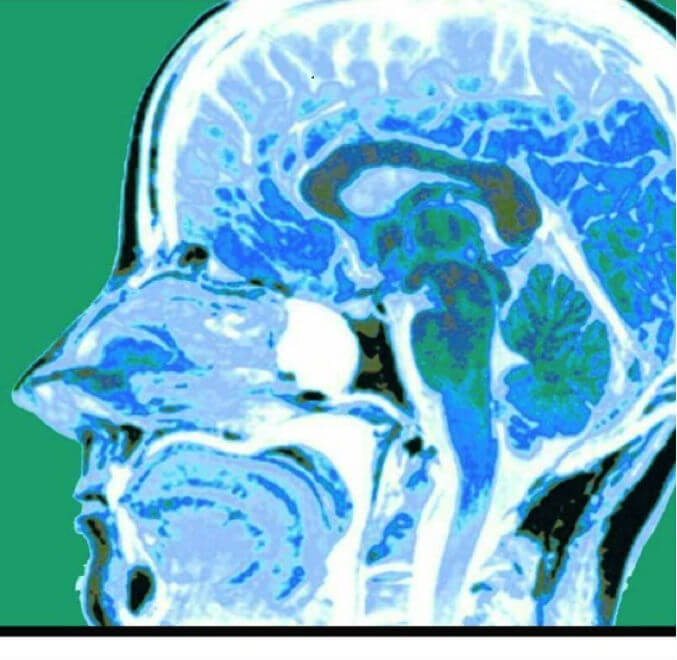 The surgical procedure was a suboccipital craniotomy for cerebellar tumor, which was performed under general anesthesia provided by the pediatric anesthesia team. Blood loss was 600 mLs, which represented 25% of his total blood volume. This calculation is based on 80 mLs/kg total blood volume in a 30 Kg child or 2,400 mLs. With a 25% blood loss we expected a 25% decrease in hemoglobin level, which is exactly what occurred. The preoperative hemoglobin level was 12.5 g/dL, and the postoperative level was 9.4. Because the tumor was adherent to the ventricles, the plan was to bring him back for a second surgery 4-6 weeks later. At that time a complete resection after chemo and radiation therapy with a regimen prescribed by the National Cancer Institute under protocol ACNS0331 for standard risk medulloblastoma was planned. This involved radiotherapy in combination with chemotherapy comprising vincristine, cisplatin, lomustine, and cyclophosphamide.

Resection of the residual tumor was accomplished 6 weeks later with only 200 mLs of blood loss. At the end of the procedure an intraventricular drain was placed to prevent hydrocephalus from adhesions at the cervicomedullary junction. The intraventricular drain was removed two weeks later and a ventriculoperitoneal shunt was placed. Follow up care was provided at the Kennedy Kreiger Institute with audiology testing and physical therapy rehabilitation. Brain and spine MRIs as well as CSF from a lumbar puncture were negative for signs of tumor. His current hemoglobin level is 11.1 and he has not required a blood transfusion through all this treatment.