Seeing the Light on SAD 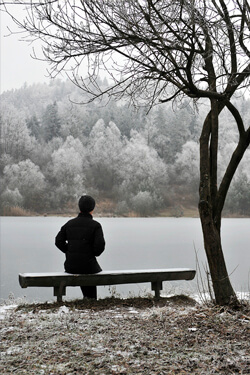 For about half a million Americans, the coming of winter heralds depression, fatigue, irritability and other symptoms of what is known as seasonal affective disorder, or SAD. Doctors believe that SAD is triggered by seasonal changes in daylight.

During the winter, people experiencing SAD often feel a need to sleep more and may feel their sleep is not refreshing, says David Neubauer, M.D., a psychiatrist at Johns Hopkins Bayview Medical Center. Many experience an appetite increase and may gain weight, and carbohydrate craving is common. The symptoms of this mood disorder often last from September through April, peaking in December, January and February.

Often, a few simple steps can help. These include allowing more sunlight into the most frequently used spaces in homes and offices and also getting outside more, particularly early in the morning. (One study found that walking outdoors for an hour was as effective as two and a half hours under bright, artificial light.) Getting plenty of rest and exercise, and eating a balanced diet, also should be helpful. Some people benefit from light therapy, or phototherapy, which involves spending time in front of special lightboxes designed to treat SAD.

If symptoms persist, contact your primary care physician to find an approach that will help minimize the impact of the dark winter months on your quality of life. Some medications have been shown to improve the symptoms of SAD.