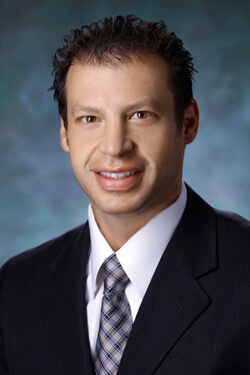 In 2008, when craniofacial plastic surgeon Chad Gordon, D.O., participated in the world’s first facial transplant surgery involving an upper jaw and teeth, he was frustrated to see that functionality could not be a primary goal.

“All that mattered initially was whether the face, bones and teeth would survive and not reject, but that didn’t mean our patient would chew without a problem,” says Gordon, co-director of Johns Hopkins’ Multidisciplinary Adult Cranioplasty Center.

To ensure optimal chewing function, surgeons end up revising most face-jaw-teeth transplants, but Gordon aims to improve the situation with his Computer-Assisted Planning and Execution system. Developed with a team from Walter Reed National Military Medical Center, its biomechanical simulation function will allow surgeons “to calculate—before and during surgery—where patients’ jaws and teeth should be for them to chew as well as function their best,” Gordon says.

In Gordon’s system, a surgery team uploads CT scans of patient and donor facial skeletons to a software platform to digitally visualize the surgery’s results ahead of time. During two simultaneous operations—one extracting the transplant, and the other affixing it to the patient—antennas attached to patient and donor heads transmit the faces’ locations to the software platform so the system can direct surgeons where to cut and affix. Surgeons also use customized cutting templates—created before surgery and placed on patient and donor faces during surgery—with three-dimensional tracking devices to guide the operations. Surgeons must cut and affix the face-jaw-teeth transplant in just the right way to make chewing ideal.

Gordon and his team are perfecting the system through swine trials, and they’re talking with several major technology companies about integrating the platform with operating room computers. They also have taken out nine patents and received several national grant awards, and they expect to release the system within four to six years.