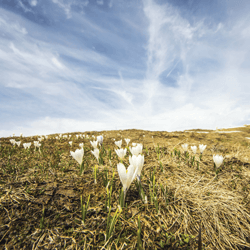 The odds were long. The risks were high. The results were never guaranteed. Yet, despite life-threatening conditions in which the chances of survival were modest, Jack Brown, Nora Murray and John Way are here to tell their tales. Theirs are stories of courage, determination and resiliency. Of how modern medicine, particularly as practiced at centers like Johns Hopkins that see a high volume of difficult cases, can give people more than a fighting chance.

In his late 50s, Jack Brown doubted he’d make it even a few years. But he is now thriving at age 62, re-energized and running his own small business. The reason? He was the right candidate for a new type of heart surgery, one that is performed at only a few places in the United States.

Just a few years ago, the outlook was bleak for Brown, who lives in Washington Township, New Jersey. On Christmas Eve 2009, he was in a local hospital, having a pacemaker and a defibrillator implanted in his heart. “On Christmas morning, the doc walked into my room and told me my heart was completely shot and that I would probably need a transplant,” he says.

For the next five years, Brown struggled as he searched for better options. Although he wasn’t sick enough to get on a transplant list, his quality of life was deteriorating quickly. Even a routine shopping trip was an ordeal. “I’d sit in my truck and plan out exactly where I had to go, what store, what aisle, to avoid spending any excess energy or taking any additional steps.”

He finally found that better option, when a doctor in Philadelphia told him he might be a good candidate for a seldom-performed procedure called ventricular restoration and referred him to Johns Hopkins. He met with cardiac surgeon John Conte, M.D., and immediately after the meeting, scheduled the procedure. “He just painted the whole picture for me,” Brown says. “He gained my confidence. I knew I was in good hands with him.”

Conte understood the long and frustrating route Brown had traveled to get to him. “When someone this sick comes into a hospital system, doctors often don’t want to take the risk of operating,” Conte says. “They get passed along to centers like ours. So once they get to us, we have to select the right choice.”

The right choice for Brown turned out to be ventricular restoration, where surgeons remove part of the bulging aneurysm that forms in the left ventricle after a heart attack, and then return the heart to its normal shape. Besides having a specific heart anatomy that increases the chances of success, Brown also was in relatively good health despite his long history of cardiovascular disease.

“He was a perfect candidate for this,” Conte says.

In September 2013, Conte performed the restoration. A little more than a year later, the man who could barely make it out of his truck now has a new pet-care business. “I do brisk, half-hour walks with the dogs over nine times a day,” Brown says. “And I feel wonderful doing it. I couldn’t even have entertained this five years ago.”


An Offer of Hope

For almost a decade, Nora Murray battled persistent lower-back pain, numbness, acid reflux and asthma. But when she had a bout of vomiting, and she reported tingling in her lower back and leg, her physician decided to order an ultrasound, which revealed what was later determined to be an 8-inch mass in her abdominal area: a sarcoma.

“It was scary,” Murray says. “I was 44 years old, and I didn’t know what my outcome was going to be. My Internet searches didn’t have anything good to say, either.”

Nita Ahuja, M.D., a surgical oncologist at Johns Hopkins, whom Murray was referred to, had plenty to say—and hope to offer.

“Sarcomas are unusual, diverse and large tumors that can involve important nerve and blood vessel structures,” explains Ahuja, who is director of the Johns Hopkins Sarcoma and Peritoneal Surface Malignancy Program. “Only two or three centers in the country see enough to really be able to deal with them. We get calls for treatment of sarcomas from patients around the world.”

Ahuja and her team assembled to discuss how to treat Murray. It wasn’t going to be easy: Chemotherapy is not typically used for sarcoma in adults. Instead, a combination of radiation and surgery is generally employed. In Murray’s case, Ahuja says, the surgery would be “very delicate and very long.” In essence, surgeons needed to remove a mass that was so large and invasive that it had become entangled with blood vessels, bones and muscle.

In a 16-hour operation in February 2009, Ahuja excised the sarcoma, but in the process was forced to remove more: “She took out my right kidney, my gallbladder, my appendix, muscles on the right side of my abdominal wall, and portions of a couple of ribs,” Murray says.

Additional surgeries reconstructed part of the abdominal wall that Murray had lost. But five years later, the Sykesville, Maryland, resident is back to her job as a program specialist with Baltimore County Public Schools. Her quality of life is good—even better in some ways, she jokes, as she’s enlisted her husband to carry heavy loads of laundry upstairs. Doctor’s orders.

In 2012, John Way was given a dreaded diagnosis: pancreatic cancer. Because it is difficult to identify and it spreads quickly, this cancer frequently is advanced before it can be treated effectively.

Way, of Pittsburgh, was referred to Johns Hopkins. There, a tumor board, representing various specialties, met to discuss his case. “They talked with me, too,” he says. “It was really a collaborative process. That was one thing that impressed me right away. They were so humble, yet so highly trained.”

Among Way’s advisers were Joseph Herman, M.D., and Christopher Wolfgang, M.D., co-directors of the Johns Hopkins Pancreatic Cancer Multidisciplinary Clinic, and Matthew Weiss, M.D., a pancreatic surgeon. It was Wolfgang and Weiss who operated on Way, following several months of chemotherapy and five days of stereotactic body radiation therapy.

“About 80 percent of pancreatic cancer patients are not surgical candidates,” Weiss says. Half will have a metastatic cancer, which has already spread from the pancreas, and about a third will have a “locally advanced” disease, involving major blood vessels and making removal of the tumor impossible. Way originally was in the latter group, but after his tumor responded to chemotherapy and stereotactic radiation, Weiss determined that surgery could be done.

“It was a tough operation,” he says. “The tumor was wrapped around two major blood vessels.” He was able to remove it, however, and also applied irreversible electroporation, or IRE, to the surgical margins (healthy tissue bordering the tumor), which involves short, high-voltage electrical pulses administered to potentially cancerous tissue.

“The paradigm for pancreatic cancer is changing right before our eyes,” Weiss adds. “Even as recently as 10 or 15 years ago, we didn’t have good chemo or radiation and our surgical options were limited. That’s all changed. Now, we’re able to treat people who just a few years ago would have been considered not treatable.”

Unfortunately, Way learned in July that the cancer had returned, and he was receiving another round of chemotherapy as of October. Although his prognosis isn’t good, Way credits his Johns Hopkins team for adding at least two years of quality time to his life. The former high school guidance counselor says that, before the recurrence, he was enjoying retirement, something that had seemed inconceivable upon his diagnosis. A year after his operation, he was able to play golf and read, and he even bought a new Mustang.

“What were the odds of me being able to do that?” he says.

Johns Hopkins and the Art of Medicine

People come to Johns Hopkins for the renown of its medical staff, and, as a result, the hospital sees a high volume of complex cases. That expertise arises from a mix of clinical education and daily feedback to encourage continual improvement and accuracy of diagnoses.

“We have phenomenal physicians who are doing remarkable things,” says Scott Wright, M.D., director of the Johns Hopkins Miller-Coulson Academy of Clinical Excellence. “Plus, our nurses, nurse practitioners, technicians and physician assistants are fully committed to the mission of clinical excellence that allows us to succeed and achieve remarkable patient outcomes.”

The collaborative, multidisciplinary approach to medicine is a Johns Hopkins hallmark. But another dynamic is at play, one that all the training and technology in the world can’t account for: the art of practicing medicine. Time and again, people comment on that aspect of their care experience at Johns Hopkins.

The art of medicine, including diagnoses, can be an inexact science, Wright says. “Uncertainty has always been and will always be part of medical practice,” he says. “And we have tremendously talented clinicians here who combine their extensive experience with their knowledge of the best available evidence to provide our patients with information that enables them to actively participate in decisions about their care.”


In Their Own Words

To see Jack Brown and Nora Murray telling their stories of hope, persistence and resilience, watch their videos at hopkinsmedicine.org/mystory. For more information, appointments or consultations, call 877-546-1872.

How a Johns Hopkins Expert...