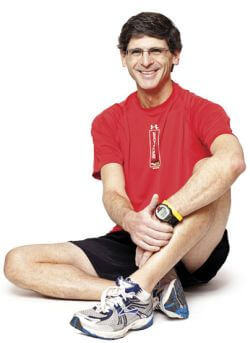 Marvin Leventer was told he would die from liver cancer in five years. But after seeking an opinion at Johns Hopkins, a lifesaving discovery determined the original diagnosis was dead wrong

I’m a healthy, active person, so when I started having abdominal pain I figured it would just go away on its own. But the pain was intense at times and eventually I thought I’d better see a doctor.

The first doctors found a mass on my liver and, after a biopsy, told me I had liver cancer. I went for a second opinion and, based on the same information, they explained my treatment options; they basically said I’d be dead in five years.

That’s when I decided to get a third opinion. I went to Johns Hopkins, where I met Dr. Timothy Pawlik, director of the Hepatobiliary Surgery Program.

He did an MRI and some blood work and said that even though the mass on my liver was pretty large, I just didn’t fit the profile for liver cancer. Dr. Pawlik ran a bunch of other tests, and when he had all the information he needed, he told me that what the pathologists at Johns Hopkins saw wasn’t what the doctors at the other hospitals saw.

It turns out the primary tumor was on my pancreas—not in my liver—and the kind of pancreatic cancer I had was slow-growing. That meant I needed surgery, but not chemo or radiation.

Because so much of my liver was affected by the tumor that spread from the pancreas, they did two surgeries. During the first one, they removed half my liver.

The second surgery a month later took care of the cancer in my pancreas.

It’s four years later and I’m still doing great. I’ve since done two Ironman distance triathlons, and I am here to be with my wife and two daughters. Dr. Pawlik and the team at Johns Hopkins took a nasty situation and completely turned it around.

To watch a video of Marvin Leventer telling his story, visit hopkinsmedicine.org/mystory. For more information, appointments or consultations, call 877-546-1872.