The Healing Power of Forgiveness 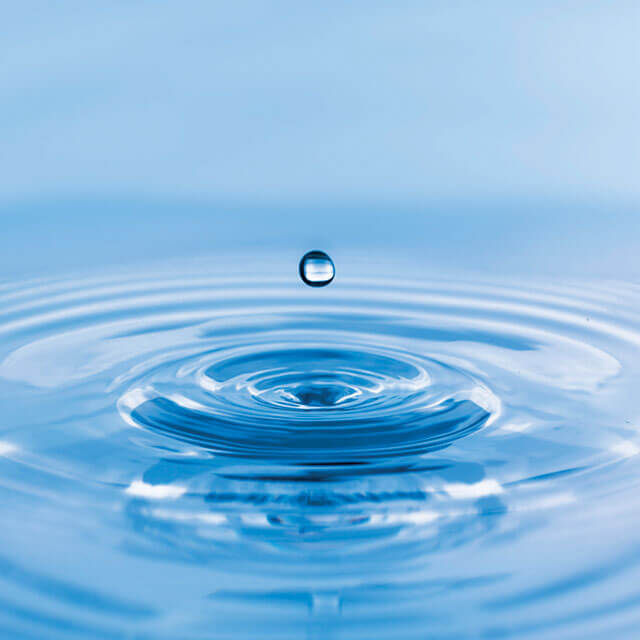 Karen Swartz, M.D., says that in her nine years speaking at Johns Hopkins’ annual women’s health conference, A Woman’s Journey, no topic has generated more interest than her recent talk on love and forgiveness. Swartz, a practicing psychiatrist and clinical programs director of the Johns Hopkins Mood Disorders Center, says the topic of forgiveness is simply universal, whether it’s forgiving someone else or yourself. We might all know that, and immediately relate to it, but what many of us don’t know is that forgiveness is good for our health. Furthermore, holding grudges takes a physical toll. Journalist Lauren Sandler asked Swartz when we should forgive, why it’s so hard, how we misunderstand it, and what our minds and bodies gain from forgiveness.

Should we see all violations of faith and trust as forgivable—or are some things simply unforgivable?
There are some things that you really want to forgive, you want to move past, you want to have a future relationship with someone. And there are some things that are simply too horrible to forgive and to forget—like violence against a child, abuse. But I think there’s a big difference between seeing things as forgivable and having it be the consuming factor in your life. Forgiveness does not always include reconciliation, and having a relationship with someone in the future is about whether they are reliable and dependable and trustworthy, and sometimes you’ve broken trust in a way that you can never have a relationship again.

Do we erroneously associate forgiving with forgetting?
I think people sometimes have an expectation of forgiveness that it’s absolution. Forgiving isn’t giving absolution where you say, it’s done, we never have to think about it again. If someone’s done something really thoughtless, you think about them differently. You trust them differently. You have a different relationship with them.

In thinking about forgiveness, would you say there is a biological reality versus an emotional reality, or is that a false dichotomy?
I don’t think we know enough about emotions and the brain to separate everything out. I think if you are in a very upset, agitated state about a conflict, we know people get into fight-or-flight mode. You’re breathing fast. Your blood has gone into your arms and legs. You go into this hyper state. And being in that state gets your heart pounding, gets you on edge. And that’s not necessarily healthy. Can that be triggered by emotional things? Absolutely.

Is some of that unhealthiness maintained in someone who will not forgive?
If someone is stuck in an angry state, what they’re essentially doing is being in a state of adrenaline. And some of the negative health consequences of not forgiving or being stuck there are high blood pressure, anxiety, depression, not having a good immune response. You’re constantly putting your energy somewhere else.

Would you explain the physical health benefits of forgiveness?
There has been excellent work that looks at what gets better after forgiveness training [see sidebar]. Blood pressure is lower. People report needing fewer medicines. They report having better sleep. They report physically feeling better and having fewer physical complaints.

It can be so hard to opt for empathy in the face of perceived betrayal. How do we begin to make that choice?
If you think of forgiveness in terms of thinking that something terrible has happened, being honest with yourself about your reaction, making a choice to forgive, to be empathic, to be compassionate, and then to decide whether or not to maintain a relationship, that’s a different step. That’s a process. That’s the key about this. But first you have to start with the idea that you even could say you could forgive them without condoning what happened.

And even that forgiveness can have health benefits?
It can. To many of us I think we wonder, what does it even mean to forgive on that level if you’re not completely letting something go? But the brain does understand that. The basis of cognitive behavioral therapy is your thoughts drive your feelings and emotions and can drive your behavior. So if you think about it, if you stay on negative thoughts all the time, you’re constantly in a negative, very tense state. It’s going to spill over into your thoughts about lots of other relationships. Can you trust people? And so it has lots of implications that are beyond just that one relationship.

Are there physical prompts for letting go? Can we think about breathing, for example, if we can’t get it into our emotional brain?
If you think of the steps of relaxation training, they’re often a part of forgiveness training. When you go into fight-or-flight mode, what you’re trying to say to your body is, we don’t need to be in this mode. Let’s relax. Let’s do some deep breathing, let’s do muscle relaxation. You focus on something else. And you actively work on relaxing your body; that’s often the first step. Let’s physically get you feeling differently, because then maybe you can think about things differently and not be in such a tense and geared-up state that you can’t really process information.

Do mood issues have a bearing on forgiveness?
There are two big things that happen. When people are depressed, they are in a negative mind-set all the time. That’s a part of depression—you see the negative version. So your reactions are out of proportion. So a small thing can happen and you’ll have a very strong negative reaction. You can be in a relationship where someone does something pretty trivial and you’re tremendously wounded by it. Also, people who are very depressed can make poorly thought-out decisions that may need forgiveness.

What do we bring into conflicts that might have little to do with the conflict itself—and that might be barriers to forgiveness?
I think so much of what fuels conflict is not necessarily the conflict. Part of forgiveness training is you have to look to yourself. What is it about this that is really about me? Have I been depressed? Did I step over the line? Am I someone who gets furious when I’m in a particular situation? And that allows you to process a more understandable reaction. I think it’s hard when you have two people and one person is having an intense reaction and the other person is saying, if that were me I’d have a little reaction. It’s hard to understand. Most of us know our own experience; we don’t really know someone else’s. Real empathy is, I know what you’re feeling. We can’t really achieve that. We can try. But because we can’t, most people are just disappointed that we don’t understand what they’re feeling. Which leads to more conflict and makes it harder to resolve some of these issues. It’s amazing how powerful it is for someone to apologize. And it’s amazing how difficult it is for so many people to do it.

And also to say the words “I forgive you.”
Yes! Forgiving someone is going to be facilitated by them saying, I’m very sorry that this happened. And sometimes what people have to realize is they don’t have to take responsibility for the whole conflict. They can take responsibility for their part in it. Like, I’m sorry I didn’t know that would be so upsetting to you. I understand that now. But sometimes people feel when they apologize, they are taking all the responsibility and saying, it’s completely my fault. Usually, each person has contributed to the misunderstanding and the difficulty.

Do we make a mistake in tending to think that forgiveness is something we do for other people, when in fact perhaps the greatest benefit is to ourselves?
Certainly the healthiest thing is to forgive. There are many studies now that are demonstrating that—that you’ll have lower blood pressure and better blood flow. I think it would be better if people could view forgiveness as something they’re doing for themselves. Again, it’s not absolution. I think they get hung up on, if I forgive you it gets forgotten, or you’re not in trouble, or something else. Forgiveness is something different, which is to say, I am not going to have these negative emotions consume me. That’s how I view it. And so forgiveness isn’t so much about the other person as your own process of saying, I’m moving forward.

Do we get too wrapped up in the morality of forgiveness? Do we hold on to the notion that it’s something we “should” do?
Other people can intrude on the process of forgiveness. People say you need to be a good person and forgive your sister, your dad. The problem with that is when outside forces tell you what you need to do or decide for you what’s the right thing to do, I don’t think that has nearly the same benefit as saying, I’m going to look at this, I’m going to work on changing my emotions, I’m going to substitute some of the negative feelings and thoughts I have into something more positive. I think of it very differently as a psychiatrist. I think of it in terms of helping the person to be healthier, and for the person doing the forgiving to move on with their life instead of being too caught up in what it does or doesn’t do for someone else.

Learning to Forgive
Forgiveness training is a combination of cognitive behavioral therapy and relaxation techniques, but the goal is the same: Identify the problem, give it time and get objective input. That input doesn’t have to come from a mental health professional. It could come from a close friend or a religious adviser.
•    Identify what the problems are.
•    Work on relaxation techniques.
•    Challenge your own responses.
•    Change your thoughts from negative to positive.