It’s a two-way street between the head and the gut. Johns Hopkins expert Jay Pasricha, M.D., shows how the path affects your health. 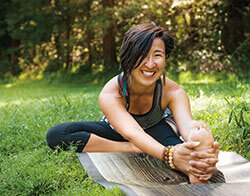 Sure, we know that the brain we carry around in our head controls what goes on in the body. But we also have a second brain—located deep in our guts—and this one plays a larger role in our overall health than previously thought.

“Your gut contains within its walls more nerve cells than the entire spinal cord,” says neurogastroenterologist Jay Pasricha, M.D., whose research on the enteric nervous system (known informally as the second brain) has reached international acclaim in the medical community. “This [second brain] is capable of acting independently and making complex [health] decisions. Both of our brains act independently but talk to each other.”

The actions of the second brain could have a big effect on the body, even in people who do not have gastrointestinal conditions. It’s now thought that the enteric nervous system could contribute to conditions like depression, anxiety, memory loss, hypertension, obesity and type 2 diabetes. There may also be brain-gut connections in the origins of some autoimmune diseases, like rheumatoid arthritis.”

“The gut is the barrier for entry not only for food but for opportunistic bacteria and other potentially harmful elements in our environment,” says Pasricha. When that barrier breaks down, it could give rise to autoimmune conditions.

More immediately, Pasricha says that knowing more about the brain-gut connection has led to a better understanding of irritable bowel syndrome (IBS) and other known functional bowel problems. For example, doctors now have an explanation for why people with those conditions have higher-than-normal odds of developing depression and anxiety. And that’s why, in some cases, patients at Johns Hopkins with those conditions will be prescribed antidepressants, cognitive behavioral therapy and behavioral hypnotherapy.

“Eventually,” he says, “it all comes back to the gut and its brain.”

The Gut at a Glance

10 to 20: The percentage of Americans who experience functional bowel problems.

50 to 90: The percentage of IBS patients who also experience depression or anxiety.

100 million: The number of neurons that make up the enteric nervous system (aka your second brain).

Learn more about the brain-gut connection, plus find head-to-toe insights and tips from Johns Hopkins experts in our online guide to living longer, healthier and better. Visit hopkinsmedicine.org/healthyaging.

Learn more about the Motility and Neurogastroenterology Center here.