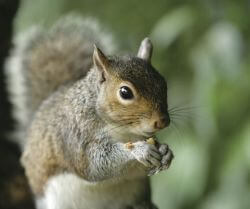 
Scientific research can seem an endeavor far removed from most of our everyday lives. But much of it, whether it involves studying strands of DNA or electrical signals in the brain, is driven by the conviction that someday the insights will be applied to restoring people’s health—or even better, that it can help ensure they don’t get sick in the first place.

As caught up as they may be in the process of basic scientific insight, researchers are always looking for those connections, and are thrilled to find them. Sure, they know all too well that in the end their discoveries may not turn out to be the hoped-for break. But just having a shot at relieving human suffering is the great underlying motivator in biology research.

Johns Hopkins is home to researchers who have thrown themselves into dramatic hunts for treatments and cures spun off from basic research, with all the frustrating setbacks and exhilarating leaps that are part and parcel of these quests. Here are five of these searchers, each at the center of a project whose trail has led to a promising, if tentative, avenue of treatment. Every research story is personal, but all share the medical researcher’s dual commitment to both scientific discovery and helping people.

The Squirrel’s Secret
Ronald Cohn, M.D., was mulling over the way that muscles can shrink in debilitating ways in children and adults with a number of disorders, as well as in the elderly. So Cohn, a researcher in Johns Hopkins’ McKusick-Nathans Institute of Genetic Medicine, did what most of us do when confronted with a puzzle.

“We wanted to learn from someone who has already solved the problem,” he says. In the case of muscle atrophy, the go-to experts turned out to be ground squirrels. “Squirrels can hibernate for six months without losing muscle,” explains Cohn, who specializes in both pediatrics and genetics. “We wanted to understand how they do it, and see if there’s a way to apply to it human conditions.”

Backed by a prestigious “New Innovator” grant of $1.5 million from the National Institutes of Health, Cohn had squirrels shipped in from Wisconsin. Soon the critters were hibernating in comfortable nests in basement refrigerators underneath Cohn’s lab, breathing a mere four times a minute. When the squirrels were eventually warmed, woken and chipper, their muscles showed no sign of atrophy, or any of the scar tissue that normally forms around injuries.

“They had been sitting in the refrigerator for months,” he says, “not eating or drinking, and their muscles were acting like the muscles in an athlete who is both running marathons and lifting weights.” Something was clearly protecting the squirrels’ muscles during the long disuse. Cohn and his team took to their microscopes, along with a range of state-of-the-art genetic tests. They soon came up with a crucial clue: During hibernation the squirrels’ muscle cells were pumping out high levels of a protein that isn’t normally much seen in muscles.

Now Cohn and his team are studying that protein, called SGK, and looking at the effects of raising levels of the protein in the muscles of nonhibernating mice.
“We’re hoping we can find that this protein is of some broad benefit to muscle,” he says. “If it is, the results could eventually be helpful to patients with many different types of inherited and acquired forms of muscle diseases, and to those suffering from age-related muscle loss.”

When a Gene Does This, and Not That
‘‘How is your brain different than your colon?” asks Andrew Feinberg, M.D., M.P.H. That’s not a silly riddle, explains the Johns Hopkins cancer researcher; it’s an intriguing question that eventually could point the way to breakthrough treatments. That’s because every cell in your colon has exactly the same genes as every cell in your brain—and every other cell in your body. (Except for sperm or egg cells, which have half as many genes.) We think of genes as blueprints for how to build a You, cell by cell—except why do the exact same blueprints produce very different body parts? Even so-called identical twins can have significantly different characteristics, in spite of identical genes.
“One twin can have autism while the other doesn’t,” Feinberg explains.

Several years ago Feinberg started to suspect those surprising differences might provide a critical clue to understanding and perhaps preventing cancer. After all, he notes, there are many instances in the human body where cells invade and spread into other organs as a normal and healthy biological process—including pregnancy. What could make a cell with the same set of genes invade organs when it isn’t supposed to, thus becoming a cancer? The answer, Feinberg reckoned, may have to do with the way that segments of some genes may undergo subtle chemical changes called “methylation.”

“There’s a real interplay between genes, the environment, and what happens in the body as it grows and ages,” he says.

To better understand the effect of methylation, Feinberg and colleagues have led the way in mapping out which genes seem to be affected by methylation in different people, with an eye to spotting possible links to cancer, as well as to other diseases and characteristics, including obesity, psychiatric disorders and aging-related ills. For starters, knowing where to look for methylation could help identify people at risk for certain disorders. Over the long term, these methylation maps could suggest strategies for drugs and other treatments that might undo or compensate for the effects of methylation.

When Genes Weaken Lungs
To a medical researcher, the term “idiopathic” is like a red flag before a bull.
“When we call a disease ‘idiopathic,’ it basically means we have no idea what causes it,” says Mary Armanios, M.D. “And when we don’t know what causes it, we usually can’t even begin to treat it.”

That’s why Armanios, a Johns Hopkins medical oncologist and researcher, felt a bolt of excitement when she stumbled upon a surprising clue to a common and often devastating disease called idiopathic pulmonary fibrosis (IPF) that leaves lungs mysteriously swelled with scarring. It meant she might have a chance to strip away that frustrating first word from the disorder for some patients, and open avenues to possible treatments.

Armanios had been studying a young man who had some of the symptoms of IPF, which can in some ways resemble premature aging, including hair that grays before high school and a thinning of some kinds of blood cells. (In fact, the disease was first identified by Sir William Osler, one of the founders of the Johns Hopkins University School of Medicine, who in 1892 noted that certain patients had apparently succumbed to an unrecognized disorder that left their lungs gray and shrunken.) The connection between IPF and premature aging had always been hazy, but Armanios took a closer look at the young man’s genes and found a distinctive pattern in the ends of the DNA known as telomeres—a pattern that proved to turn up in many others with IPF, which often runs through families. Clearly, this telltale disturbance in the telomere genes was the source of the disorder, which meant that in these cases, the “I” could be dropped from IPF. Armanios and others could begin the search for ways to repair the damage caused by this gene problem.

Armanios’ efforts are already paying off by providing a possible way of identifying people who are at higher risk of the disorder, and who may be able to delay the onset of symptoms by avoiding secondhand smoke and other insults to their vulnerable lungs. (Most IPF patients aren’t themselves smokers.) Right now the most effective treatment for the full-blown illness is a lung transplant, but Armanios hopes to use her genetic insight to bring other tools to bear.

“This form of the disease affects about 15 percent of the families that IPF turns up in,” Armanios says. “Over time we may be able to learn how to intervene with the progress of the disease for these people, or offer better treatments, or improve the outcomes for those who get lung transplants.”

Hairy Science
We hear with cells that have tiny hair bundles on top and line our inner ears. Incoming sounds vibrate some of these hair bundles, releasing a substance called glutamate from their cells, which in turn triggers an electrical signal in nerve fibers connected to the hair cells. That signal travels along the nerve to the brain, which interprets the signal as a sound. But if only it were as simple as it, well, sounds. The process of converting each and every incoming sound wave to a useful electrical signal, notes Johns Hopkins neuroscientist Elisabeth Glowatzki, Ph.D., is in fact a complex mechanical, chemical and electrical symphony of exquisite precision.

To that end, Glowatzki’s team has pioneered a technique for recording electrical signals right at the end of the nerve fibers where they’re generated, providing a never-before-seen peek at the details of the signal. And that window into the inner ear’s signals is already providing new insights. For example, one long-standing mystery is how an inner-ear hair cell manages to generate a signal quickly and cleanly enough to allow catching the millionths-of-a-second delay between when a sound reaches the two ears—a delay that enables the brain to tell what direction the sound is coming from. Now Glowatzki’s group is looking closely at the way the hair cells coordinate the release of glutamate at their interfaces with as many as 20 nerve fibers to get that precise timing.

These sorts of insights could pay off in much better inner-ear implants for people who have hearing loss.

“Today’s implants use quite crude electrical stimulation of the nerve fibers in the inner ear,” Glowatzki says. “If we can piece together the different steps that are involved in converting sound signals into electrical signals in nerve fibers, we should be able to design an implant that can reproduce these signals better and produce a much more realistic sound.”

Name That Field
What’s in a name? Even in science, a lot more than you might think. That’s what Johns Hopkins researcher Katherine Wilson, Ph.D., realized while writing a review on the structural proteins that make up the cell’s nucleus—that part of a cell that envelops and organizes our genes and affects much of what happens in the rest of the cell and thus in our bodies.

“There were 81,000 papers on the biology of the cytoskeleton that turned up in computer searches, but only 110 papers with the keyword ‘nucleoskeleton,’?” she says. “People were doing great work. They just weren’t making their papers ‘visible’ to bioinformatic searches.” She hopes this situation will improve soon.

No wonder: Defective nucleoskeletal proteins are at the heart of several important disorders. Wilson herself is focusing on X-linked Emery-Dreifuss muscular dystrophy—the third most common type, and one that affects only boys. Its cause turns out to be the lack of a nuclear membrane protein that is needed for the nucleus to respond appropriately to mechanical force. The potentially good news is that it’s a small protein that seems a good candidate for gene therapy, a treatment technique in which a harmless virus could potentially deliver emerin into the muscles of boys who have the disorder. “It’s still very experimental,” Wilson concedes. “First we need to show that it can help emerin-deficient mice.” That’s what Wilson hopes to do soon. Backed by a private grant, she recently teamed up with a gene-therapy researcher who just happens to have been her biochemistry teacher in college, and applied for a Muscular Dystrophy Association grant to cover mouse and therapeutic virus costs.

With three young children, Wilson says it’s exhilarating to be back in the saddle after a few years of sleep-deprivation. “After having done so much basic science work with this protein emerin, it’s very exciting to be working on something that could turn out to be a human therapy.”