Johns Hopkins Health - Back on Course 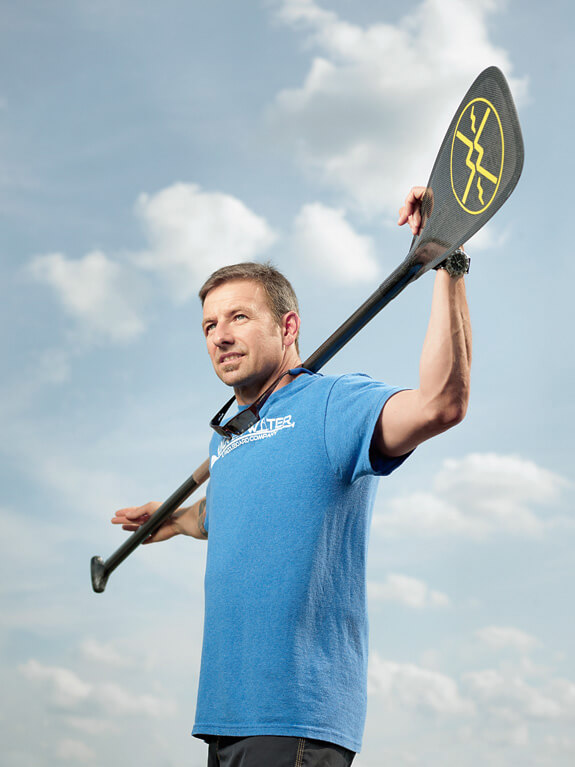 Corey Davis emerged from the chilly waters of Maryland’s Nanticoke River smiling. He’d finished ahead of most of the other competitors in this 1.8-mile swim, and while Davis has competed at the front of the pack most of his life, these days, the accomplishment is sweeter.

Seven years ago, Davis had little hope of returning to the athletic life he loved. A motorcycle accident had left him in a coma for seven weeks and caused severe traumatic brain injury.

“Everyone had given up on me,” says Davis, 46. “They said I would need the wheelchair and assisted living for the rest of my life.” Davis refused to accept the news. As an athlete, he set goals and attacked them. So he sought help with a new goal—getting his life back—and found a partner in the Johns Hopkins Brain Rehabilitation Program.

“We grabbed hold of Corey and got going,” says Kathleen Bechtold, Ph.D., the program’s director. The program’s comprehensive treatment focuses on teaching skills for daily life while simultaneously facilitating healing in brain cells.

Davis says he knew he was in the right place when he told a therapist he wanted to do a triathlon, and instead of the doubting eyes he usually received, the therapist said, “Well then, we’ve got a lot of work to do.”

Davis’ physical and cognitive improvement was dramatic. Three years after his accident he completed the triathlon he’d told the therapist he wanted to do. Since then, he has finished several long-distance races and taken up stand-up paddleboarding.

“If I could have a do-over, I wouldn’t take it,” he says. “I’m much stronger emotionally and physically.”

Watch Corey Davis talk about his amazing journey back to health at hopkinsmedicine.org/mystory.