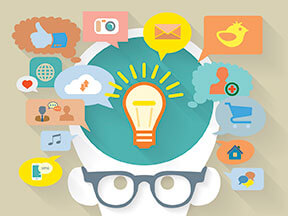 Private companies have been promoting brain exercises they say help older adults retain their mental prowess. But is there science behind the claims? A study by , a professor in the Johns Hopkins Bloomberg School of Public Health, finds benefits for people who receive certain types of brain training—though Rebok isn’t aware of strong evidence to support “as seen on TV” exercises.

In his study, people 65 and older, without dementia, took part in 10 hourlong classroom sessions led by certified trainers. Some of these older participants were taught memory strategies, some received problem-solving lessons, and some honed their visual-attention skills. A fourth group received no training.

Years later, the training was still paying off. Study participants who received any of the specialized training had stronger abilities to navigate everyday tasks, like taking medications, looking up phone numbers and reacting quickly while driving, than those who were not trained.

Rebok and his team have received a grant from the National Institute on Aging that will enable them to continue research and develop an online version of their memory training, which would open up these exercises to more people.