Court filing prompted change in allocation policy in 2017 to make the system fairer, but system still may discriminate

Results of a medical records study of more than 7,000 patients awaiting a lung transplant in the United States affirm the basis of a court filing in 2017 that called the organ allocation system geographically “rigged” in some regions of the nation.

In a report, published online Nov. 15 in the American Journal of Transplantation, the Johns Hopkins Medicine researchers who conducted the study say the findings hold lessons for further improving the current lung allocation system, as well as the process for assigning other organs for transplant.

“Patients everywhere suffer from donor shortages, and we all want to do whatever is possible to most efficiently allocate organs to the sickest people most likely to benefit and survive,” says Errol Bush, M.D., a member of the research team and the surgical director of the Advanced Lung Disease and Lung Transplant Program at the Johns Hopkins University School of Medicine.

The new analysis, he says, demonstrates that for U.S. patients awaiting a lung transplant prior to 2017, where you lived or received your health care may have unintentionally been more important than how sick and likely to benefit you were when it came to how long you had to wait for a donor organ.

“The data told us that where transplant candidates live unfortunately had (and continues to have) a huge impact on the probability of receiving a transplant,” says Martin Kosztowski, M.D., M.P.H, a research fellow at Johns Hopkins and first author of the new paper. “And it means that patients who have the resources to travel to a different donor service area (DSA) or list at multiple centers are at an advantage.”

The older allocation system, operated under policies set by the United Network for Organ Sharing (UNOS), was in place for many years, Bush says, and was tweaked in response to the 2017 court filing in a New York case.

The lawsuit was brought on behalf of a young woman on the transplant waiting list who claimed that she was being unfairly discriminated against because of her location—New York City. Less sick people just across the Hudson River in New Jersey, the suit claimed, were receiving organs faster. The UNOS guidelines called for donor lungs to be assigned to the sickest patients on a regional basis, a system designed to use donor organs locally because of time constraints. Lungs that became available within any one of 58 DSAs would first go to someone waiting within that region, even if there was a sicker patient elsewhere.

But the United States District Court for the Southern District of New York filing claimed the guidelines were needlessly discriminatory, and in response, the UNOS changed its policy so that lungs would be offered to the highest-ranking candidate within 250 nautical miles, rather than within DSA boundaries.

In an effort to put more evidence behind that filing and other calls for allocation changes, Bush says, he and his colleagues analyzed data on 7,131 patients over the age of 12 who were awaiting lung transplants in the U.S. between Feb. 19, 2015, and March 31, 2017—all under the old allocation system.

The researchers calculated lung transplant rates by LAS in each DSA across the country by tallying the number of transplants performed divided by the number of active person-years spent waiting in a given LAS category (0-32, 32-34, 34-38, 38-42, 42-50 and 50-100).

The ratio in lung transplant rates between any two DSAs ranged from 1.0 (for DSAs with identical rates) to 21.73—someone in one DSA would be nearly 22 times more likely to receive a lung than someone in the other DSA with the same LAS.

On average, Bush says, there was a 2.05-fold difference between the lung transplant rates in any pair of DSAs. This meant that moving from one DSA to another actually had more of an impact, on average, than jumping between some LAS categories—the difference in transplant rates between an LAS of 38-42 and 42-50 was 1.54 fold, for instance.

The Johns Hopkins researchers note that the findings clearly back up the complaint of the 2017 lawsuit—the lung transplant rate for patients with an LAS of 50-100 (the LAS category of the lawsuit plaintiff) in New York City was 3.2 lung transplants per person-year, while the rate in New Jersey for that LAS category was 12.49, almost four times higher. The researchers also note that Arizona and parts of Florida, North Carolina and South Carolina had some of the highest transplant rates compared with other states.

Moreover, the disparity between locations rose over the course of the study—the average difference between transplant rates in any two DSAs was 1.69 in 2006 and 2.10 in 2016.

While the new study didn’t analyze the new 250-mile-radius allocation system, the researchers suspect it may still hold some of the same biases, since it’s still based on location. Certain places in the country, Kosztowski points out, have much higher organ donation rates because of the rising drug overdose pandemic or deaths due to traumatic events, as well as trends in local donor organizations communicating with families and communities about the importance of organ donation.

“That 250-mile radius is still arbitrary, and won’t necessarily fix the problem,” says Kosztowski. “We certainly want to assess the new system to see whether it’s improved things. Ideally, a transplant candidate shouldn’t have to worry about where they get on the transplant list.”

The findings may also hold true for the way other organ allocation systems assign transplants based on location.

Although lung transplantation is a large operation and can be pricey, improvement in quality of life for patients and their families is worth it, say the researchers. Currently, lung transplant recipients at Johns Hopkins benefit from an almost 97 percent likelihood to live for at least one year after transplant.

Other authors on the paper include Sheng Zhou, Robert Higgins, Dorry Segev and Sommer Gentry of Johns Hopkins. The authors have no disclosures or conflicts of interest to disclose.

This work and the researchers involved were supported by grants from the National Institute of Diabetes and Digestive and Kidney Diseases (R01DK111233, K24DK101828). 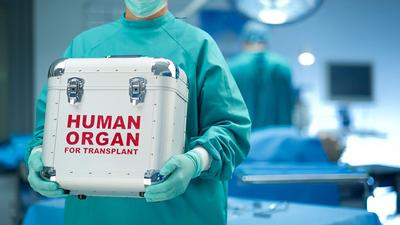