Researchers at Johns Hopkins report that a novel analysis of more than a thousand patients adds to evidence that hospitalization, critical illness and major infection may diminish brain structures that are most commonly affected by Alzheimer’s disease.

Results of the study, published Sept. 24 in the Journal of the American Geriatrics Society, suggest — but do not prove — that critical illness and major infection can promote such brain structure changes and accelerate the process of cognitive decline, the researchers say.

“There’s long been evidence that critical illness severe enough to require hospitalization is linked with subsequent negative neurological outcomes such as dementia, but we believe our study is one of the first to look specifically at how both critical illness and infection might promote brain changes that set the stage for late-life cognitive decline, and serve as independent risk factors for dementia,” says Keenan Walker, Ph.D., postdoctoral fellow in the Department of Neurology at the Johns Hopkins University School of Medicine and the study’s lead author.

Walker cautions that the findings may be limited due to undetected or misclassified billing codes that define diagnosis in the medical records; a lack of information about potentially relevant comorbidities such as delirium; and the “observational” nature of the study, which was not designed to — and cannot — determine or prove cause and effect.

But, he said, “The findings do indicate that hospitalization, infection and critical illness may well influence changes in brain regions that underlie dementia.” He went on to say that “in order to maintain brain health in older adulthood, it is important to maintain bodywide health. Some of the events that can land you in the hospital may serve as risk factors for dementia.”

To explore whether critical illness and infection were associated with brain structure changes underlying cognitive decline and dementia, the research team used data from the Atherosclerosis Risk in Communities Study (ARIC), which included MRI scans showing brain structure, as well as social, demographic and hospital information for a large cohort of participants followed over a 24 year period that included five medical exams and structured interviews.

Using this dataset makes the team’s study especially rigorous, Walker says, because of the long follow-up period that allowed the research team to capture hospitalization events over many years. This is important, he notes, because the process of Alzheimer’s disease evolves over the course of decades and takes time to diagnose.

For its analysis, Walker’s team focused on a subset of ARIC subjects who received a brain MRI during the final medical exam in the study to look at evidence of atrophy and damage to so-called white matter — the part of the brain responsible for transmitting messages.

Damaged white matter appears superwhite on a scan, similar to overexposure on a photograph, Walker explains, and was measured using an automated program. All participants who received this brain MRI were included in the analysis.

The research team found that hospitalization during the follow-up period, regardless of the reason, was associated with 9 percent greater white matter hyperintensity volume and significantly lower integrity of white matter microstructure.

Among the 1,214 hospitalized patients in the analysis, those who had one or more critical illness had a 3 percent smaller brain volume in brain regions such as the hippocampus that are implicated in Alzheimer’s disease. Major infection was associated with both smaller brain volume in regions vulnerable to Alzheimer’s disease (2 percent smaller) and 10 percent larger brain ventricle volume.

Walker and the research team say they plan to examine how each hospitalization event relates to inflammation in the brain and systemic inflammation. They suspect, based on a growing body of research, that events such as critical illness and infection can cause brain inflammation, which leads to the observed reduction in brain volume. Together, these brain changes are thought to set the stage for cognitive decline and Alzheimer’s disease, which is estimated to occur in one in every three older adults in the U.S.

Other authors on this paper were Rebecca Gottesman, Aozhou Wu, David Knopman and Charles Brown IV of Johns Hopkins; Thomas Mosley Jr. of University of Mississippi Medical Center; Alvaro Alonso of Emory University and Anna-Kucharska-Newton of the University of North Carolina.

Click to Tweet
A study from @HopkinsACCM found that while hospitalized, patients who suffered critical illnesses and major infections had smaller brain volumes in regions associated with #Alzheimer’s and lower brain integrity 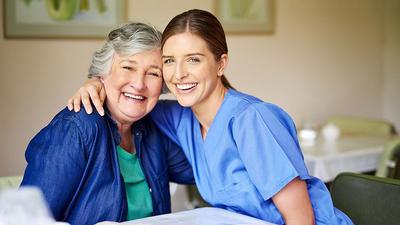