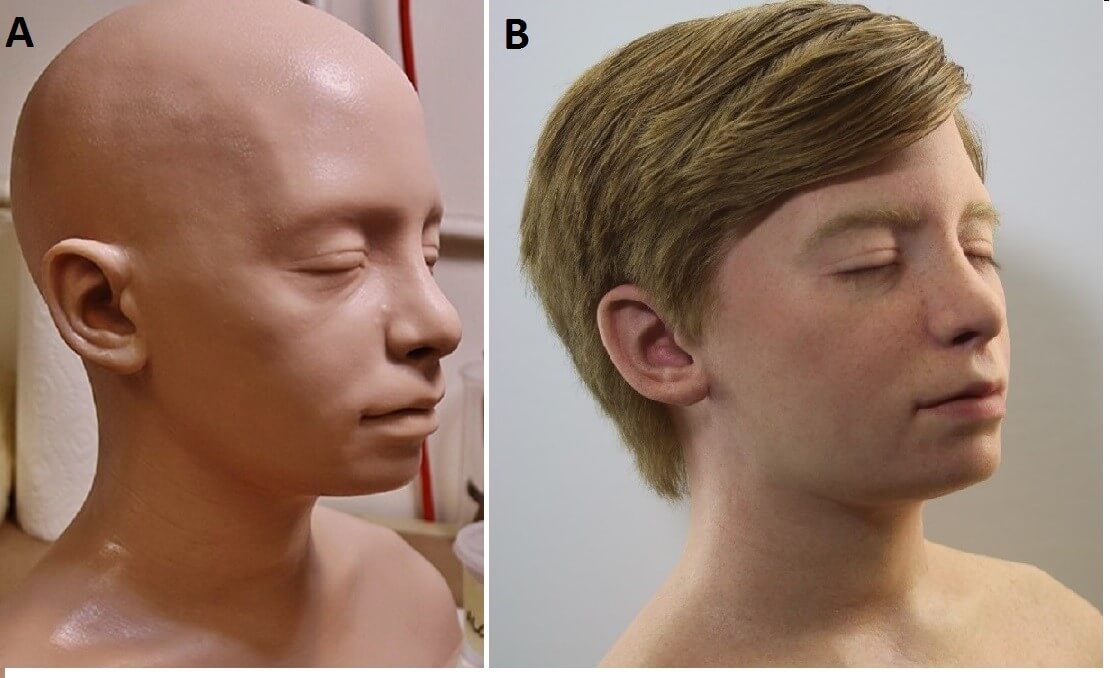 A report on the simulator that guides trainees through an endoscopic third ventriculostomy (ETV) was published in the Journal of Neurosurgery: Pediatrics on April 25. The procedure uses endoscopes, which are small, computer-guided tubes and instruments, to treat certain forms of hydrocephalus, a condition marked by an excessive accumulation of cerebrospinal fluid and pressure on the brain. ETV is a minimally invasive procedure that short-circuits the fluid back into normal channels in the brain, eliminating the need for implantation of a shunt, a lifelong device with the associated complications of a foreign body.

“For surgeons, the ability to practice a procedure is essential for accurate and safe performance of the procedure. Surgical simulation is akin to a golfer taking a practice swing,” says Alan R. Cohen, M.D., professor of neurosurgery at the Johns Hopkins University School of Medicine and a senior author of the report. “With surgical simulation, we can practice the operation before performing it live.”

While cadavers are the traditional choice for such surgical training, Cohen says they are scarce, expensive, nonreusable, and most importantly, unable to precisely simulate the experience of operating on the problem at hand, which Cohen says requires a special type of hand-eye coordination he dubs “Nintendo Neurosurgery.”

In an effort to create a more reliable, realistic and cost-effective way for surgeons to practice ETV, the research team worked with 3D printing and special effects professionals to create a lifelike, anatomically correct, full-size head and brain with the touch and feel of human skull and brain tissue.

The fusion of 3D printing and special effects resulted in a full-scale reproduction of a 14-year-old child’s head, modeled after a real patient with hydrocephalus, one of the most common problems seen in the field of pediatric neurosurgery. Special features include an electronic pump to reproduce flowing cerebrospinal fluid and brain pulsations. One version of the simulator is so realistic that it has facial features, hair, eyelashes and eyebrows.

To test the model, Cohen and his team randomly paired four neurosurgery fellows and 13 medical residents to perform ETV on either the ultra-realistic simulator or a lower-resolution simulator, which had no hair, lashes or brows.

After completing the simulation, fellows and residents each rated the simulator using a five-point scale. On average, both the surgical fellows and the residents rated the simulator more highly (4.88 out of 5) on its effectiveness for ETV training than on its aesthetic features (4.69). The procedures performed by the trainees were also recorded and later watched and graded by two fully trained neurosurgeons in a way that they could not identify who the trainees were or at what stage they were in their training.

The neurosurgeons assessed the trainees’ performance using criteria such as “flow of operation,” “instrument handling” and “time and motion.”

Neurosurgeons consistently rated the fellows higher than residents on all criteria measured, which accurately reflected their advanced training and knowledge, and demonstrated the simulator’s ability to distinguish between novice and expert surgeons.

Cohen says that further tests are needed to determine whether the simulator will actually improve performance in the operating room. “With this unique assortment of investigators, we were able to develop a high-fidelity simulator for minimally invasive neurosurgery that is realistic, reliable, reusable and cost-effective. The models can be designed to be patient-specific, enabling the surgeon to practice the operation before going into the operating room,” says Cohen.

Other authors on this paper include Roberta Rehder from the Johns Hopkins School of Medicine, and Peter Weinstock, Sanjay P. Parbhu, Peter W. Forbes and Christopher Roussin from Boston Children’s Hospital.

Funding for the study was provided by a grant from the Boston Investment Conference. The research team acknowledges the contribution of FracturedFX, an Emmy Award-winning special effects group from Hollywood, California, in the development of the surgical models.

The investigators report no financial stake or interests in the success of the simulator.