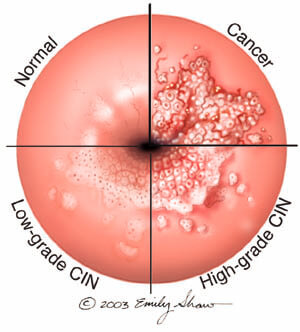 View of the cervix
Emily Shaw