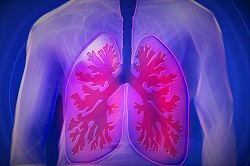 An international research group of 32 experts from nine countries has updated the guidelines for diagnosing the genetic disease cystic fibrosis. The researchers expect that these guidelines will provide better direction for clinicians looking at patients with symptoms of the disease to make a correct diagnosis and recommend personalized treatment.

A report of the updated guidelines and two supplemental articles detailing their implications and the data used in their creation were published on Jan. 24 in The Journal of Pediatrics.

“We’ve more precisely defined what cystic fibrosis is. That precision was a result of the genetic research we did and from studying the many mutations associated with cystic fibrosis,” says Patrick Sosnay, M.D., assistant professor of medicine at the Johns Hopkins University School of Medicine and an author on the papers.

Cystic fibrosis is a life-threatening disease that occurs when an individual has two inherited mutations in the cystic fibrosis transmembrane conductance regulator (CFTR) gene. People with the disease exhibit symptoms in a variety of organs, but chronic and debilitating lung infections are often most prominent. There are more than 2,000 known mutations that can occur in the CFTR gene, but not all of them result in cystic fibrosis.

In an effort to better define cystic fibrosis and categorize the mutations associated with it, Sosnay and international collaborators have assembled data from patients in North America, Europe, Australia, the Middle East, Asia and South America to quantify and describe these mutations.

Called CFTR2 (the Clinical and Functional TRanslation of CFTR), the project began in 2008 and has thus far described about 300 out of the 2,000 known mutations, making it the most comprehensive compilation and evaluation of disease liability for all genetic diseases. As a result of CFTR2, mutations are now categorized as either cystic fibrosis causing, mutations of varying clinical consequence, non-cystic fibrosis causing or unknown. Mutations are categorized depending on whether the mutation meets clinical criteria and the likelihood that someone with the mutation will have cystic fibrosis.

The updated cystic fibrosis diagnosis consensus guidelines now recommend using CFTR2 as an aid to determine whether a patient has the genetic evidence of cystic fibrosis, a substantial update from the 23-mutation panel by the American College of Medical Genetics and Genomics and the American Congress of Obstetricians and Gynecologists that has been in use since 2004.

“The stakes in categorizing a mutation are particularly high. For example, claiming that a mutation 100 percent causes cystic fibrosis may affect people’s reproductive decisions if they believe their child will have the mutation,” says Sosnay.

However, Sosnay believes that providing patients with all of the available information on cystic fibrosis may lead to more informed health care decisions and a better understanding of the wide spectrum of CFTR-related disease.

“Therapies exist for individuals with certain mutations. The compilation and availability of all this data can lead to more personalized medicine if people know what mutation(s) they have and seek appropriate care,” adds Sosnay.

The new guidelines also standardized diagnostic criteria for individuals diagnosed outside of newborn screening. Newborn screening, which started in the U.S. in the 1980s and became rapidly adopted in the 1990s and 2000s, is a standard blood test performed soon after birth that is responsible for the majority of cystic fibrosis diagnoses. However, it’s not consistently performed everywhere in the world, and even in the U.S., there is a possibility of a false negative.

Screening outside of the neonatal period relies on symptoms and evidence of CFTR dysfunction, usually indicated by a test for the amount of chloride in a person’s sweat. Cystic fibrosis is caused by defects in a protein, coded for by the CFTR gene that is found in places such as the airways and sweat glands. Elevated levels of chloride in sweat provides direct evidence that the CFTR protein is not working, and is used as a main diagnostic test for CF.

A result of this updated guideline is that those with a chloride level between 30 and 40 millimoles per liter who were previously considered unlikely to have cystic fibrosis will now be reconsidered as possibly having cystic fibrosis or a related disease.