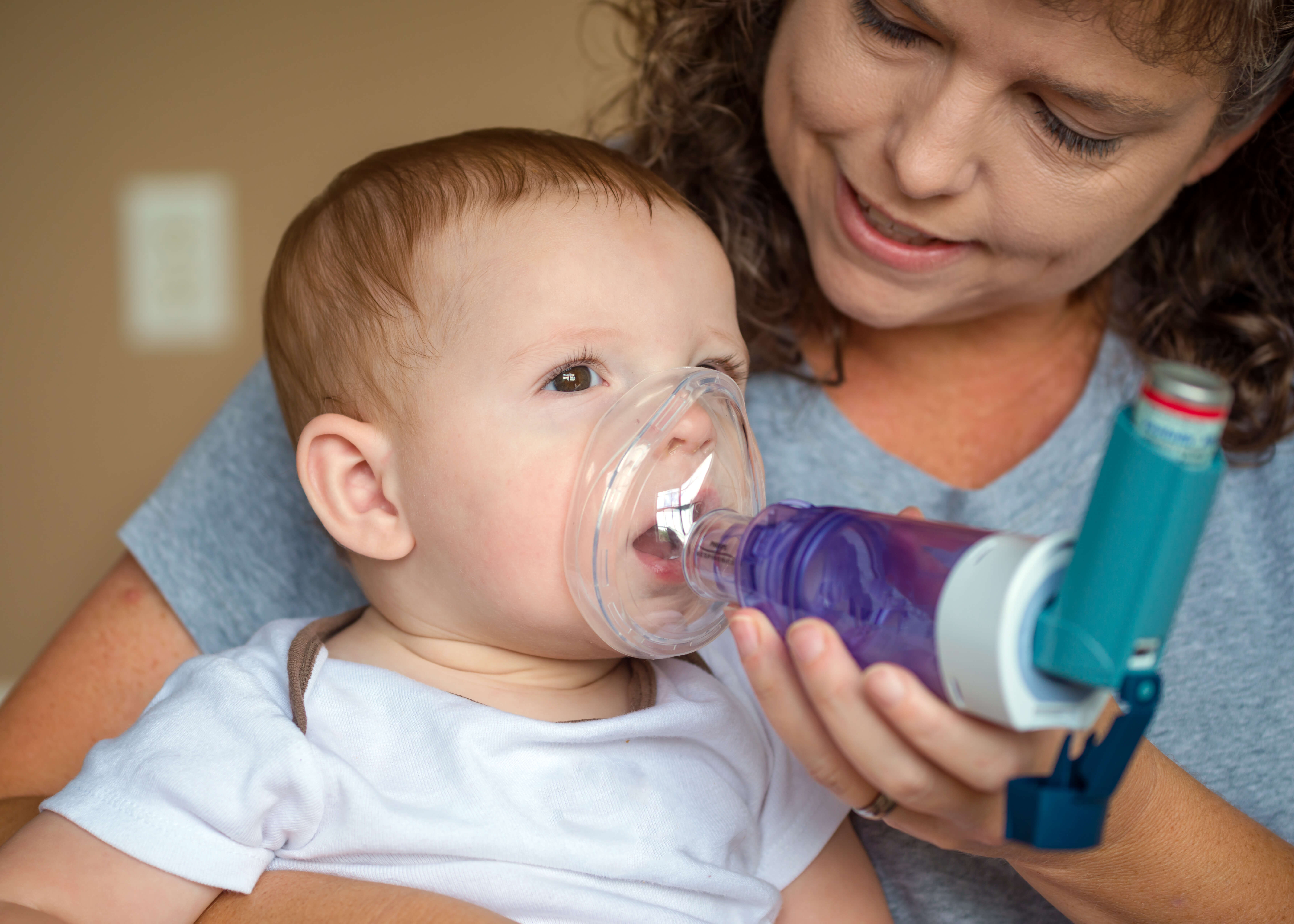 Working with human immune cells in the laboratory, Johns Hopkins researchers report they have identified a critical cellular “off” switch for the inflammatory immune response that contributes to lung-constricting asthma attacks. The switch, they say, is composed of regulatory proteins that control an immune signaling pathway in cells.

“Asthma patients are constantly firing through this pathway because those proteins are stuck in the ‘on’ position, without proper control by other proteins that shut down this reaction,” says Nicola Heller, Ph.D., assistant professor of anesthesiology and critical care medicine at the Johns Hopkins University School of Medicine.

Asthma has been correlated with an overabundance of one type of immune cell called M2 macrophages in the lungs. In a nonasthmatic person, the M2 macrophages activate to clean up inhaled allergens and foreign particles, and then deactivate when the irritant is broken down.

However, in people with asthma, the M2 cells and the chemical signals they emit linger and call in other cells that cause inflammation that can trigger an asthma attack with the classic symptoms of difficulty breathing, wheezing and shortness of breath. Over time, the lung is changed by secretions from the M2 cells, which cause the lung tissue to remodel itself, contributing to irreversible obstruction and poor lung function. “If you prevent these cells from becoming the M2 type, you can potentially stop the continued inflammation and long-term structural changes,” says Heller.

The new research, reported Nov. 25 in the Journal of Biological Chemistry, investigated the role of two proteins, GRB10 and p70S6K, in the control of the signaling pathway that activates M2 cells.

In their previous work, also published in the Journal of Biological Chemistry Sept. 23, Heller’s group found that the inflammatory pathway involving the two proteins begins with interleukin 4 (IL-4), an immune system chemical that passes through a protein named IRS-2 before activating the M2 cells. They found that other proteins that stop the action of IRS-2 were not present in human M2 cells from people with allergies compared to healthy people. This made IRS-2 more active and increased the formation of M2 cells in people with allergies.

In the new study, Heller’s lab delved deeper into the IRS-2 pathway. By analyzing chemical changes of the IRS-2 protein in immortalized cultures of human white blood cells, it determined that IRS-2 appeared in two different forms — “on,” which allows the signal to pass through, and “off,” which stops the signal from activating the cells into M2 macrophages. They began by observing which proteins became active in the presence of IL-4 in human white blood cells and add “stop” signals to IRS-2. The activity of two regulatory proteins, GRB10 and p70S6K, increased after IL-4 exposure compared to the same cells that were not exposed to IL-4.

In further test tube experiments, the researchers treated the immortalized white blood cells with both chemical and genetic blockers, called small interfering RNA (siRNA), designed to render either p70S6K or GRB10 nonfunctional. The researchers saw that decreased GRB10 and p70S6K activity resulted in more of the “on” form of IRS-2, meaning these proteins are responsible for turning off IRS-2 and thereby downstream M2 production.

“This confirmed for us that without properly functioning GRB10 and p70S6K, the cells could not turn off IRS-2 signaling and M2 production,” says Heller.

The research team, Heller says, has already begun experiments to further explore the implications of these results, which include looking at differences in this pathway between cells taken from allergic and healthy individuals, and testing the efficacy of an inhalable drug that mimics the function of GRB1 and p70S6K to shut off the development of M2 macrophages in the lungs of mice. “One of the advantages of working with lung macrophages is that they are one of the first cells that see anything that gets put in an inhaler,” says Heller. “So we hope to modulate their activity in this way.”

These findings also have implications for treatment of cancer and other disorders, such as obesity, in which M2 macrophage cells play a regulatory role in tumor growth and fat deposition.

Other researchers involved in this study include Kristi J. Warren, Xi Fang, Nagaraj M. Gowda and Joshua Thompson of the Johns Hopkins University School of Medicine.

This work was funded by the National Institutes of Health Pathway to Independence Award (K99/R00 HL096897).