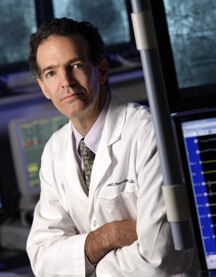 Johns Hopkins’ John Wong, Ph.D., has won a BioMaryland LIFE Award, and Ronald Berger, M.D., Ph.D., and Hien Nguyen, M.D., were awarded funds from the Abell Foundation, the researchers learned last week. Each of the winners will receive $50,000 to help develop their discoveries for clinical use.

The prizes were awarded as part of the annual Joint Meeting of the Johns Hopkins Alliance for Science and Technology Development and the University of Maryland, Baltimore Commercial Advisory Board on Feb. 19. The meeting was attended by more than 150 venture capitalists, seasoned biotech entrepreneurs and business development executives from the biopharma industry. Judging committees evaluated presentations from two dozen university researchers before selecting the winners. The aim of the awards is to speed the translation of promising research into commercial application.

First awarded in 2010, the LIFE Prizes are two grants funded by the Maryland Biotechnology Center, Johns Hopkins and the University of Maryland to help advance research in biotech and biopharma, medical devices, or diagnostics that have great potential for commercial application. Wong will use the funding to develop technology that will aid in the safer delivery of radiation therapy. This year’s other winner was the University of Maryland School of Dentistry’s Mark Shirtliff.

For the first time this year, the Abell Foundation also donated funds for two prizes to be awarded at the Joint Meeting. Founded 60 years ago in Baltimore, the foundation’s mission is to enhance quality of life in the city. Berger’s award will help his team develop advanced defibrillation technology based on their discoveries about the effects of high-frequency alternating current on the heart’s electrical patterns. Nguyen will use his prize funds to continue the development of FastStitch, a device that can close the muscle layers of the chest and abdomen in a way that allows surgeons more precision and consistency while requiring less time and resources.

Winner biographies:
Ronald D. Berger is a professor of medicine and biomedical engineering and directs the Johns Hopkins School of Medicine’s Training Program in Clinical Cardiac Electrophysiology. He has published over 200 papers in peer-reviewed medical journals and holds more than 20 patents in the fields of arrhythmia detection, catheter ablation, defibrillation and cardiopulmonary resuscitation. His honors include a First Independent Research Support & Transition (FIRST) Award from the National Institutes of Health and a National Established Investigator Award from the American Heart Association. Berger has co-founded three medical device companies and served on advisory boards for eight others. His academic focus is on arrhythmia device technology, signal processing and technology transfer.

Hien Nguyen is the director of the Johns Hopkins Comprehensive Hernia Center, an assistant professor of surgery in the school of medicine and an associate medical director for the Center for Bioengineering Innovation and Design (CBID) in the school of engineering. He specializes in minimally invasive surgery and his surgical practice involves the repair of complex hernias, abdominal wall reconstruction, as well as bariatric surgery. His FastStitch device has won many accolades, including a grant from the National Collegiate Inventors and Innovators Alliance, and finished first place in business competitions at the University of Maryland, University of California, Irvine and the ASME Innovation Showcase.

John Wong is director of the Division of Medical Physics and a professor in the Department of Radiation Oncology and Molecular Radiation Sciences. Wong helps coordinate all technical services and directly manages the physics and dosimetry services of the radiation therapy clinics to ensure the delivery of state-of-the-art methods of radiation treatment. He has over 130 peer-reviewed publications and holds two patents on methods of delivering precisely targeted radiation treatment.

Three of Wong’s inventions, the Active Breathing Coordinator, the image-guided small animal radiation research platform (SARRP) and the cone-beam computed tomography on-board medical accelerator, have been successfully commercialized and have become standards of care and research in the radiation therapy community.

The Scale of Cancer Treatment

Instead of Defibrillator’s Painful Jolt, There May Be a Gentler Way to Prevent Sudden Death, According to Hopkins Scientists