Study suggests doctors understand the issue, but are unsure of their responsibility
Release Date: November 9, 2017 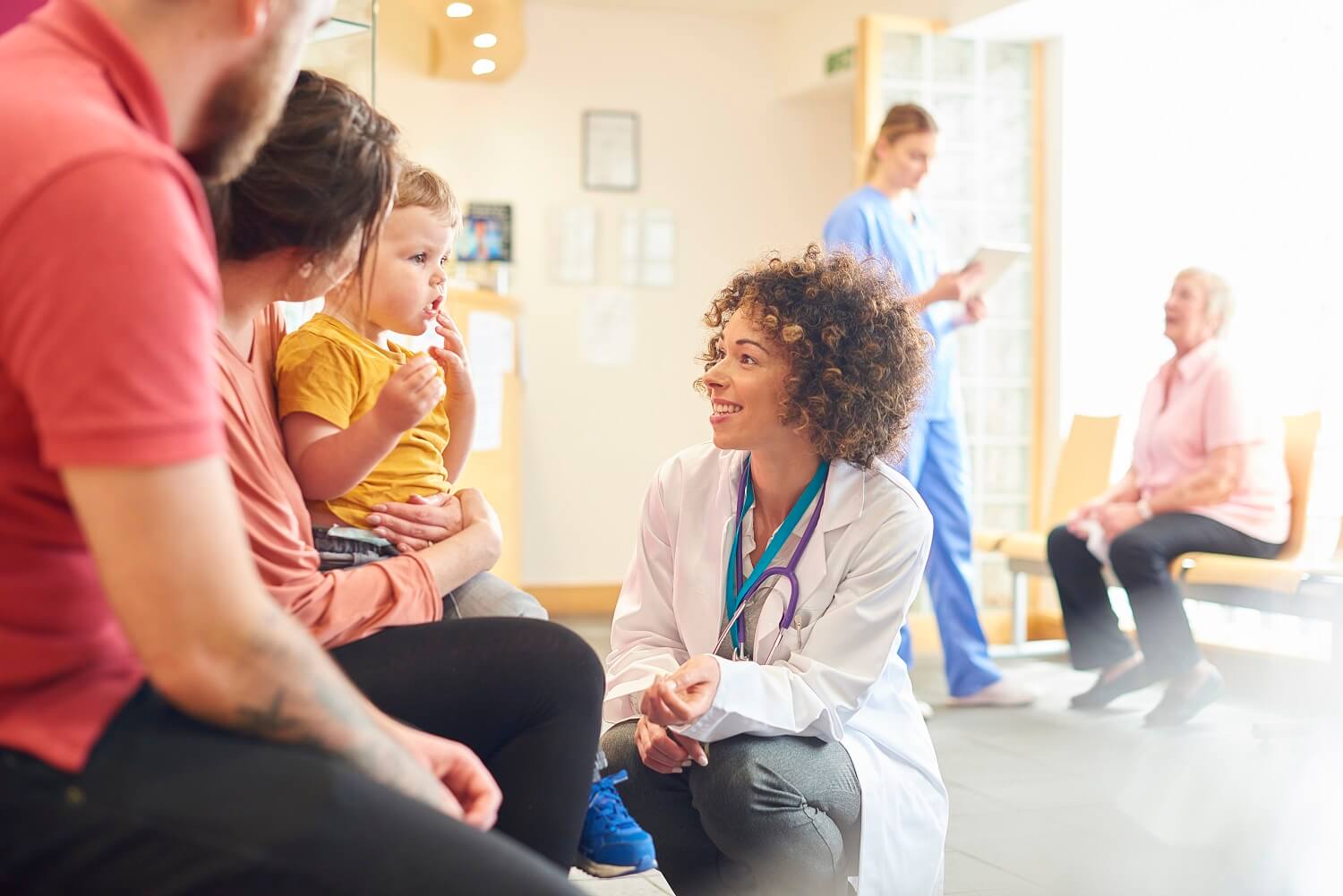 A national survey of more than 200 pediatric primary care physicians found that while over three-quarters addressed at least one parental health issue, such as maternal depression or parental tobacco use, during child health visits and a majority recognized the impact of such issues on children’s health, fewer felt responsible for addressing them.

The findings, published in the September issue of Clinical Pediatrics and the February issue of Journal of Pediatrics, suggest that while children’s primary care physicians face barriers in practice (including lack of time and difficulty referring parents to relevant services) to engage in parental health promotion, attitudes toward parental health promotion during routine well-child visits may also influence provider behavior.

“Our results show that pediatric primary care physicians understand how parental health issues influence their young patients’ health, but suggest that addressing them adds a layer of complexity to their practices that can understandably limit their ability or willingness to address these issues,” says Maya Venkataramani, M.D., M.P.H., an assistant professor of medicine at the Johns Hopkins University School of Medicine and the paper’s first author.

Professional organizations such as the American Academy of Pediatrics recommend that pediatric primary care clinicians address parental health issues such as tobacco use, vaccine status and intimate partner violence due to their strong impact on child health outcomes.

In an effort to document current practices and the extent to which physicians viewed a particular parental health issue as relevant to child health and whether they saw it as their responsibility to address the issue, Venkataramani and colleagues invited a sample of 1,000 pediatric primary care physicians from the American Medical Association’s Physician Masterfile, a database of more than 1.4 million physicians in the United States, to complete a mail-based survey between October 2015 and February 2016. Only physicians who performed outpatient well-child visits at the time of survey were eligible.

A total of 239 physicians responded to the survey; nearly 63 percent were pediatricians and the remainder were family medicine or medicine-pediatrics physicians.

In addition to describing the frequency with which they addressed these issues, physicians were asked about general barriers to parental health promotion in pediatrics and asked to indicate on a five-point scale how strongly they agreed or disagreed with the statements “I believe the issue is important to child health,” and “I believe it is my responsibility to address this issue.”

Nearly 80 percent of respondents addressed at least one of the parental health issues at 25 percent or more of well-child visits. Most commonly, they addressed maternal depression (82.8 percent) and tobacco use (92.4 percent) through screening and counseling parents. Less than half, however, addressed IPV (44.4 percent), family planning (33.8 percent) and health insurance status (45.9 percent). A vast majority (more than 85 percent) endorsed lack of time as a barrier, while more than half indicated referral-related issues were barriers to addressing parental health.

More than 90 percent of respondents agreed that maternal depression, tobacco use, IPV and Tdap status were important to child health, while fewer agreed that family planning and health insurance status were (59.2 percent and 53.6 percent, respectively). Perceptions of responsibility followed a similar pattern: a majority also agreed that it was their responsibility to address maternal depression (85.7 percent), tobacco use (93.3 percent), Tdap immunization status (81.8 percent) and IPV (62.8 percent). However, a minority (31.9 and 22.6 percent, respectively) agreed they were responsible for addressing family planning and health insurance issues.

Overall, the researchers said, more respondents in each category agreed that parental health issues had an important impact on their children’s health than agreed it was their responsibility to work on them. This difference between perceived relevance and responsibility was most notable for IPV (difference of 30.5 percent), family planning (24.4 percent) and health insurance (31.0 percent).

“Surveys such as ours not only highlight the scope of parental health promotion already occurring in pediatric primary care settings, but also reinforce the need to better understand how health systems can support current practices and what factors influence pediatricians’ attitudes toward engaging in these activities,” says Tina Cheng, M.D., M.P.H., pediatrician-in-chief of Johns Hopkins Children’s Center and an author on the paper.

“Parental health promotion in pediatrics has great potential to address health across generations, and to realize this potential we need to understand how to improve current practices,” Cheng adds.

Other authors on the papers include Craig Evan Pollack and Barry S. Solomon of the Johns Hopkins University School of Medicine.

Funding for this project was provided by the Johns Hopkins Primary Care Consortium’s Small Grant Program.