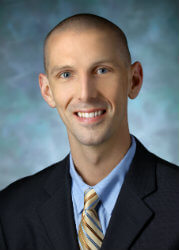 Analyzing a national database of hospital inpatient records, a team of researchers reports an expected spike in mortality six days after cardiac surgery, but also a more surprising and potentially troubling jump in deaths at the 30-day mark.

In a report on the study, they suggest that while there could be “organic” medical reasons for the extra deaths, the more likely explanation may be an unintended consequence of putting so much emphasis on marking one-month “survival” as a key measurement of surgical success.

“One possibility for the spike is that by often measuring survival at 30 days, such quality improvement metrics may be inadvertently influencing the timing of end-of-life decision-making and withdrawal of aggressive treatment,” says Johns Hopkins anesthesiologist Bryan G. Maxwell, M.D., M.P.H., who led the research that was conducted when he was a fellow at Stanford University.

After heart surgery, Maxwell says, a certain percentage of patients will die in the first few days or week, and the early increases in hospital mortality seen in their analysis likely reflect the fact that patients who are going to do well have already been discharged, leaving behind the sickest and most complicated cases.

But in a report published online April 9 in the journal Health Services Research, he and his colleagues say they can find no similar “organic” explanation for the spike in deaths at day 30, the most common outcome measure used nationally to assess the postoperative course of cardiac surgery patients in a given hospital. “We observed these shifts in the pattern of mortality, and we don’t have any good medical explanation for them,” says Maxwell, an assistant professor of anesthesiology and critical care medicine at the Johns Hopkins University School of Medicine. “But they raise the possibility that when there’s a motivation to get to that 30-day mark, the very act of measuring may lead to more aggressive treatment behaviors.”

He fears, he says, that the common but somewhat arbitrary use of 30-day survival as a benchmark of surgical “success” rates may be leading to delays in facing inevitable deaths, increased patient and family discomfort, and unnecessary days in intensive care units.

For the study, Maxwell and his team analyzed data from over 595,000 heart surgery admissions — primarily for cardiac bypass or valve surgery — between 2005 and 2009 in a federal database known as the Nationwide Inpatient Sample. Overall, 19,454 patients (3.27 percent) died in the hospital.

Using statistical modeling, Maxwell determined that if a patient is alive on the 30th day in the hospital, the risk of dying by day 31 is about 1 percent, whereas the same statistic for any day the previous week is between .63 percent and .81 percent.

That change in hazard from day 30 to day 31 — an increase of about 35 percent — was the greatest change of any day in the first 60 days, says Maxwell.

Maxwell is seeking funding to study more detailed Medicare data to analyze each patient’s situation more closely and investigate more comprehensively how this pattern of postoperative deaths relates to the types of medical interventions used and the timing of decisions made for patients who do not survive.

Professional societies, hospitals and regulatory agencies measure and report postoperative mortality rates so that patients considering cardiac surgery can compare outcomes for surgeons and hospitals. “There is public pressure to grade surgeons and see how they stack against one another, and one might think that this can’t help but weigh on some of them,” Maxwell says.

Maxwell would like to see more nuanced quality metrics that take into account severity of illness preoperatively and how fully patients recover — for instance, whether they are able to return home and resume normal activities — instead of just a measure of who is alive or not on day 30.

“If our speculation is correct, we clearly need a way to measure and improve quality without creating perverse incentives,” he says.