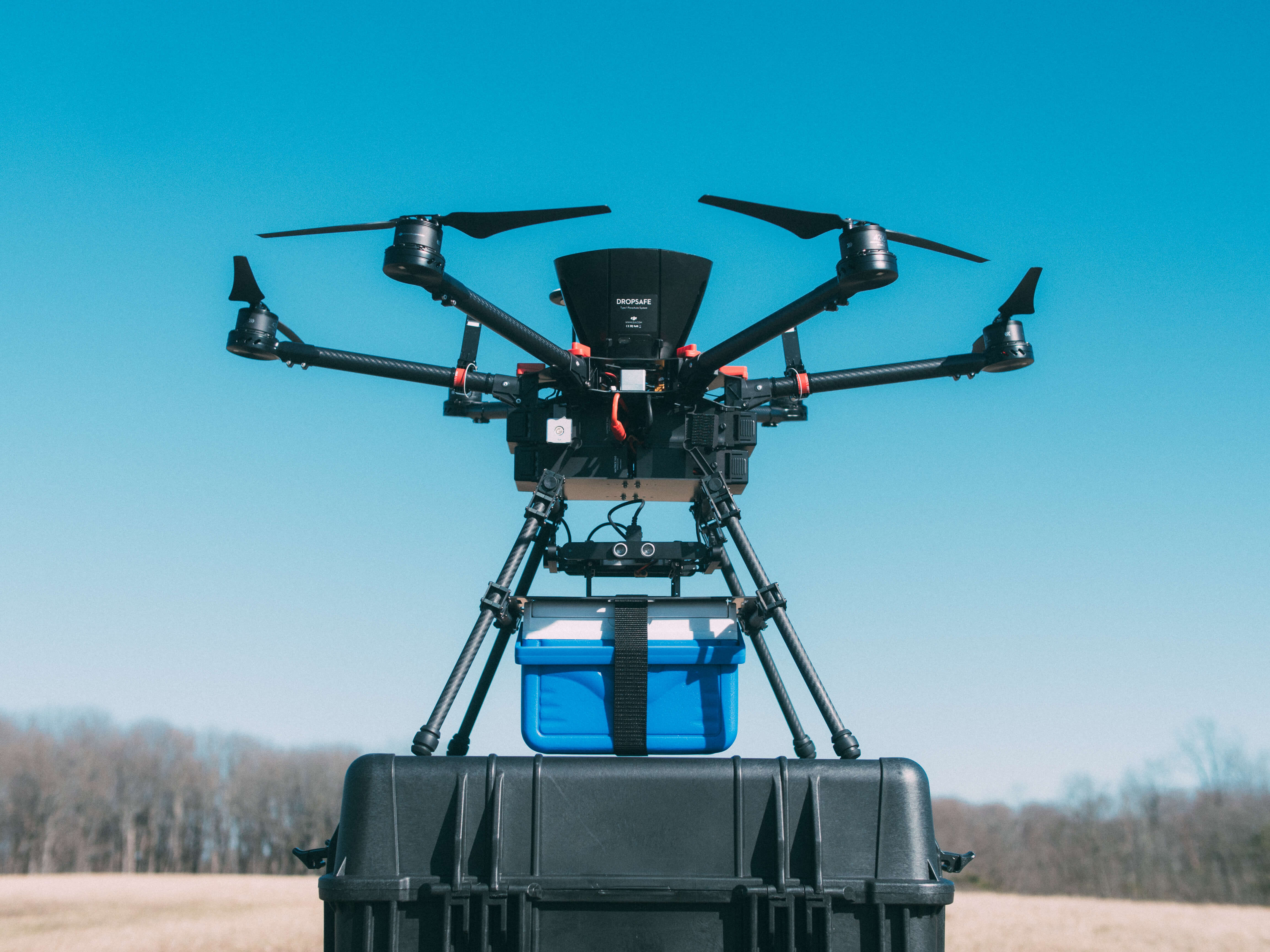 In what is believed to be the first proof-of-concept study of its kind, Johns Hopkins researchers have determined that large bags of blood products, such as those transfused into patients every day, can maintain temperature and cellular integrity while transported by drones.

In a report about the findings, published ahead of print in the journal Transfusion in November, the investigators say the findings add to evidence that remotely piloted drones are an effective, safe and timely way to quickly get blood products to remote accident or natural catastrophe sites, or other time-sensitive destinations.

“For rural areas that lack access to nearby clinics, or that may lack the infrastructure for collecting blood products or transporting them on their own, drones can provide that access,” says Timothy Amukele, M.D., Ph.D., assistant professor of pathology at the Johns Hopkins University School of Medicine and the paper’s first author.

Drones also can help in urban centers like Baltimore City to improve distribution of blood products and the quality of care, he says.

The Johns Hopkins team previously studied the impact of drone transportation on the chemical, hematological and microbial makeup of drone-flown blood samples and found that none were negatively affected. The new study examines the effects of drone transportation on larger amounts of blood products used for transfusion, which have significantly more complex handling, transport and storage requirements compared to blood samples for laboratory testing.

For the study, the team purchased six units of red blood cells, six units of platelets and six units of unthawed plasma from the American Red Cross, and then packed the units into a 5-quart cooler two to three units at a time, in keeping with weight restrictions for the transport drone. The cooler was then attached to a commercial S900-model drone. This particular drone model comes equipped with a camera mount, which the team removed and replaced with the cooler.

For each test, the drone was flown by remote control a distance of approximately 13 to 20 kilometers (8 to 12 miles) while 100 meters (328 feet) above ground. This flight took up to 26.5 minutes. The team designed the test to maintain temperature for the red blood cells, platelets and plasma units. They used wet ice, pre-calibrated thermal packs and dry ice for each type of blood product, respectively. Temperature monitoring was constant, keeping with transport and storage requirements for blood components. The team conducted the tests in an unpopulated area, and a certified, ground-based pilot flew the drone.

Following flight, all samples were transported to The Johns Hopkins Hospital, where Amukele’s team used the institution’s laboratories to centrifuge the units of red blood cells and check them for red blood cell damage. They checked the platelets for changes in pH as well as the number of platelets and the plasma units for evidence of air bubbles, which would indicate thawing.

The team plans further and larger studies in the U.S. and overseas, and hopes to test methods of active cooling, such as programming a cooler to maintain a specific temperature.

“My vision is that in the future, when a first responder arrives to the scene of an accident, he or she can test the victim’s blood type right on the spot and send for a drone to bring the correct blood product,” says Amukele.

Other authors on this study include Paul M. Ness, Aaron A.R. Tobian, Joan Boyd and Jeff Street of The Johns Hopkins Hospital.

Funding for this study was provided by Peter Kovler of the Blum-Kovler Foundation.